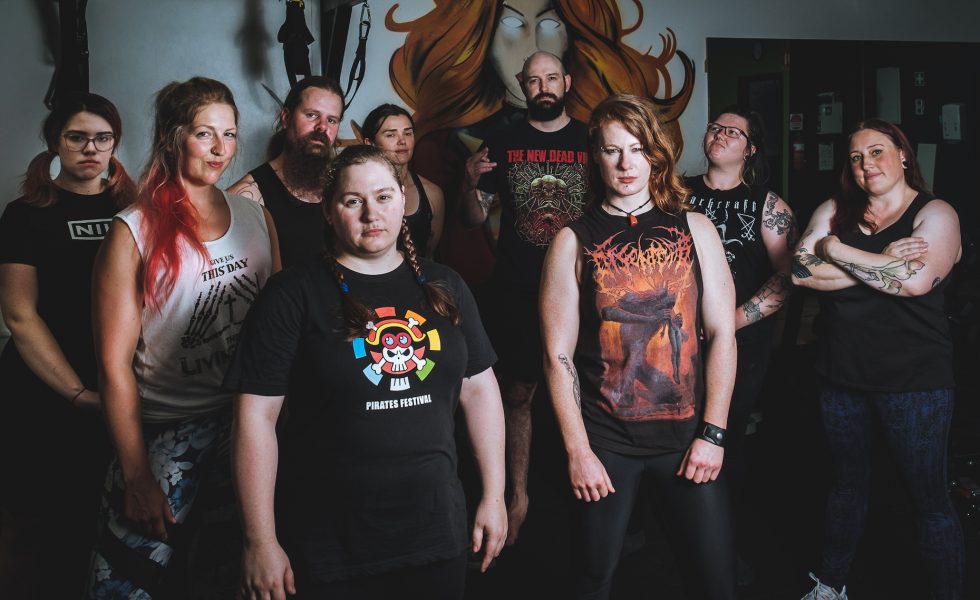 It’s Saturday afternoon and a dozen people chat casually on the second floor of a gym in a quiet street in Melbourne’s north-east.

The spacious room is generously furnished with fitness equipment and features bright walls adorned with the occasional leader board and motivational quote. It’s a common enough scene that is presently being repeated at thousands of gyms across the country, yet look closer, and you’ll notice something curious.

The attire of choice among the men and women here of all fitness levels is a black band shirt – in fact, there’s a near-total absence of fluoro gym gear. A noticeable proportion of the male attendees sport long hair. And while tattoos are admittedly commonplace in 2020, the sheer volume of intricate and often sinister skin art is impressive.

Then the music starts.

Except it’s unlike any “gym music” you’ve heard before.

It’s a brutal assault of shredded riffs, monstrous vocals and unimaginably complex and fast drumming. It’s the first of many extreme metal tracks that will form today’s soundtrack and it’s met with visible approval.

Like most people here, she’s in a black shirt (today’s choice is Fleshgod Apocalypse) and sports some ripper ink.

She gets the attention of class. “Welcome to Deadlifts & Death Metal,” she says.

Deadlifts & Death Metal is a strength training group that meets on most weekends to do exactly what it says on the tin: get fit and lift weights to a heavy metal theme.

“The idea for Deadlifts & Death Metal came from the sheer number of people who told me how much they enjoyed going to the gym, but can’t stand the playlist,” she explains. “For whatever reason, most fitness centres feel compelled to impose the same old “gym music” on their patrons. I don’t know about you, but the last thing that gets me pumped when I’m about to smash my heavy squat PB is a whiny song about some guy missing his girlfriend.” 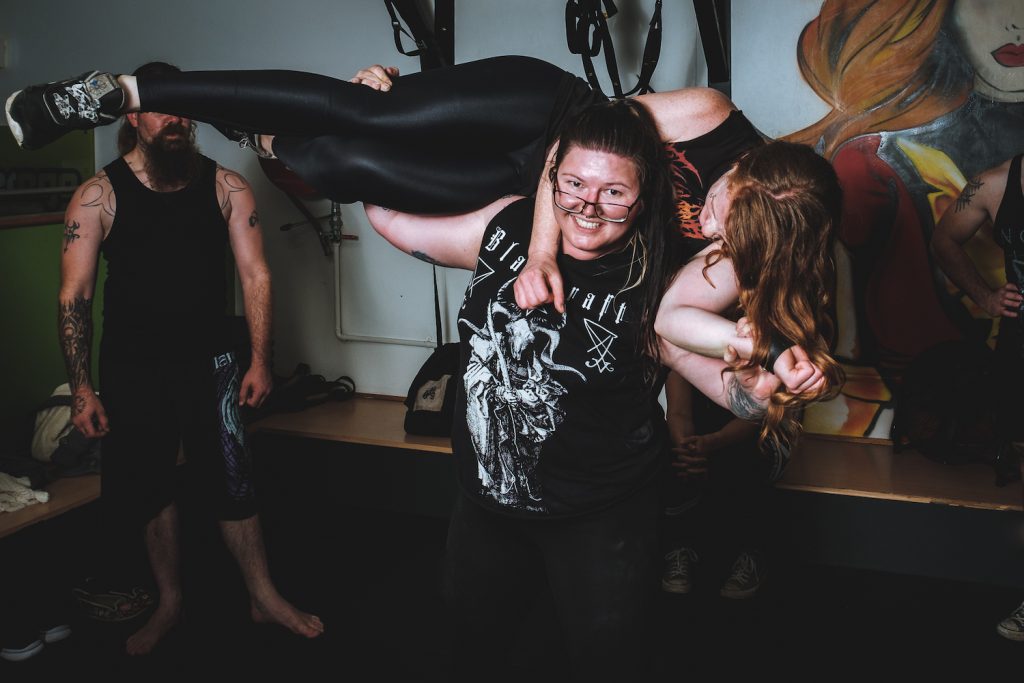 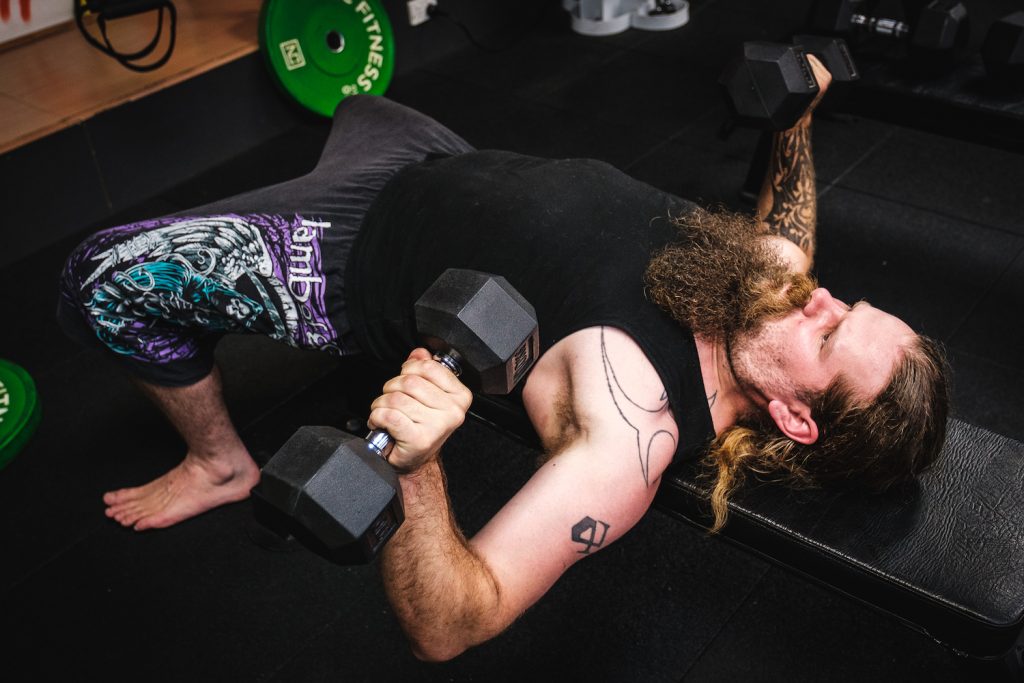 For many people, the prospect of importing extreme music into their professional life would be little more than a fantasy. For Elissa, though, the idea represented something altogether different. She’s been a qualified personal trainer for a decade and while she certainly wasn’t dissatisfied with her job, she nonetheless wanted to “to try something different, that no one else had done before” – “different” in this case meaning a strength class for metal lovers, but which did more than just tinker with the playlist.

“One thing I’ve found with group classes is that, once you arrive and do your thing, that’s usually it. You go home and there’s little or no social interaction outside of the gym. This is why, from the outset, I wanted a strong social aspect to be integral to the idea that became Deadlifts & Death Metal. It’s the passion for music that brings people together at gigs. So why not invoke that same spirit when we’re training together?”

More than just a fitness class

As you might have guessed from the name, the Deadlifts & Death Metal format is based around strength training. However, actual deadlifts are only one of the many activities. Classes are routinely based around all kinds of strength training, whether it’s bodyweight exercises or working your core. There are a tremendous variety of work-outs but the common theme is “you’ll definitely feel this tomorrow”. Importantly, says Elissa, the class is intended for all levels of experience. “Whether you’re an experienced lifter or you’re doing this for the first time, no one judges your fitness level,” says Elissa. 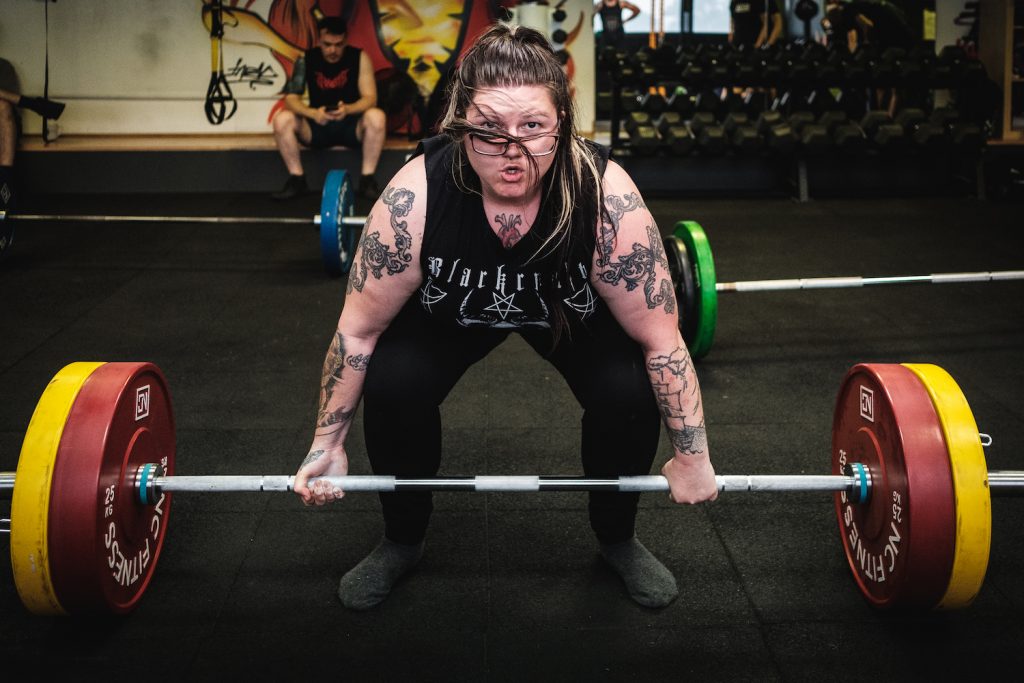 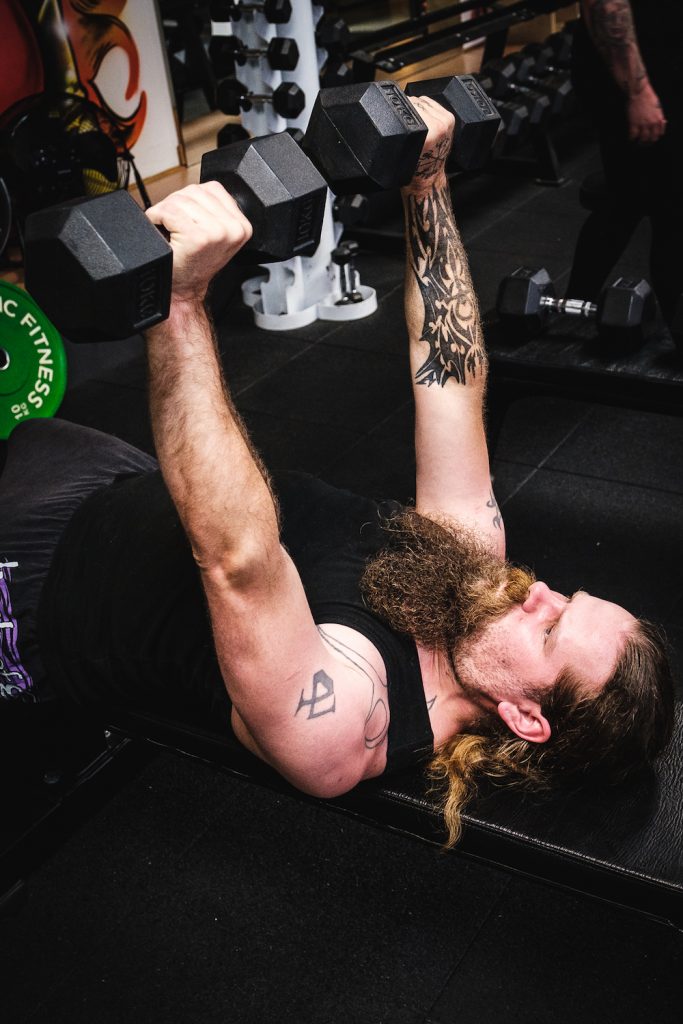 Nutrition is also an important (and optional) component. Elissa holds qualifications from the International Society Of Sports Nutrition and provides legitimate advice on (amongst other things) how to stay fit and healthy while living the metal life – in other words, keeping things in balance when you drink beer and stay out late.

However, the social aspect is probably Deadlifts & Death Metal’s most distinguishing feature. Indeed, the end of class doesn’t signal the end of the proceedings. Instead, it’s when everyone heads to the pub. As classes are held on Saturdays, many attendees happen to go to gigs with the people they met at training.

Of course, Deadlifts & Death Metal ultimately bases its identity on its soundtrack. The music is, after all, central to its identity.

“People who come to class are very active in helping shape the playlist,” says Elissa. “For instance, at the end of the year they vote on their top 20 albums and while there’s a lot of black, death, thrash and grind, it’s certainly not an exclusive club. One of our regulars, who’d recently returned from the European festival circuit, once guest-programmed the playlist with the very best in melo-death and even, gasp, power metal!” [laughs]

Jokes aside, Deadlifts & Death Metal is probably not like any fitness class you’ve been to. It’s not a live gig, but it’s every bit as brutal and heavy as any recent Cattle Decapitation show.

Your arms, shoulders, bum, thighs, or abs will hate you the next morning. But you’ll love it.