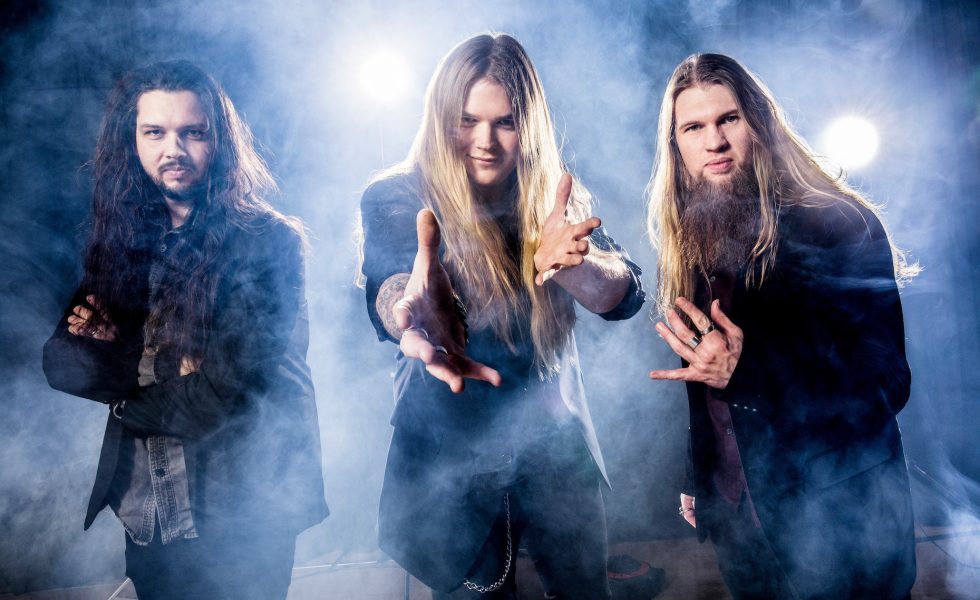 Majestica has arrived to take the world of power metal by storm.

This Swedish horde has very recently levelled us with their first offering, Above The Sky, and we cannot but take note that everything we love about power metal has found its way onto this album. One of the big reasons why their brand of power metal is so addictively intense is that Majestica is comprised of familiar faces.

Majestica is, of course, the band-formerly-known-as Reinxeed, which features Tommy Johansson, also of Swedish power metal band Sabaton. Renaming the band was essential, as bassist Chris David explains, “So, the Reinxeed band released six albums, and when we got to the sixth one, it wasn’t what we thought it was going to be, it didn’t sound like we wanted it to be, there was nothing good about that album actually, and then we kind of took a break, and we had some internal issues in the band, and some external issues to deal with, everything was just shit, nothing was working out, and we said, fuck this. And then, after a little while, it was like nah, we still want to play together, so let’s make some demos and see what can happen, and then we felt, ah, we don’t want to be Reinxeed because there’s been so much shit in that band the last time, so let’s make new band. And that’s where the ideas came up … Yeah, I think it was a really important step actually, because as I said, there were so many negative feelings around it and we really wanted to do it, we wanted to have fun, and all the kind of stuff, its what we really needed, a name change.”

Majestica is in full, reinvigorated flight, and with Above The Sky, the metal is dialled up to its most glorious heights, but does have a different take on the whole ‘power metal’ agenda. “We really wanted to have fun,” David laughs, “we were in the studio, we were writing a lot of the lyrics together and it was like, ah let’s do it about this, let’s do it about the ‘80s, let’s make the sound about that, you know, and then it came to the ‘True’ song [ Mötley True ] and let’s make it a cliché song, we were sitting here laughing, just for fun [laughs].”

It kind of has all these cliché lyrics from the 80s as well. I think all the tracks have some kind of tribute to something in them.
[ Chris David ]

Quite a few of the tracks on Above The Sky have a very tongue-in-cheek sense of humour about them. In particular, the track Father Time is a hilarious ode to a number of classics, such as Bohemian Rhapsody. “Yes the Father Time song,” David recalls, “this one is a real ‘crowd pleaser’, because Father Time was actually released as Tommy’s solo song many years ago on YouTube, and then he was not satisfied with the recording of it at all, so he took it down, but everyone seemed to like this song, a lot, so we decided let’s make a new recording of it, let’s make it the proper way, with the ‘Bohemian Rhapsody choirs’ sound, that was really important for the song, and when Tommy did the first take of this song back a few years ago, that was the reason he took it down, because he didn’t like the sound of it, he said ‘it has to sound like Queen’, so I think we had some kind of inspiration as he has this kind of sound idea about this song, and that’s how it happened.”

Majestica have somewhat departed from the standard themes of power metal on Above The Sky, perhaps to the greatest extent on Night Call Girl, which sounds straight out of a sketchy 1980s soundtrack. As David informs us, Majestica really had fun writing this one. “… Night Call Girl still has this kind of cliché thing going, actually,” he describes this unusual power metal song, “because it’s a tribute to the 80s, as Tommy said he wanted to make a song that is tribute to the 80s hair metal, because power metal kind of grew from that, and he’s a fan of Gary Moore, he said ‘I want to make a real 80s song’ and that’s where the Night Call Girl came in. It kind of has all these cliché lyrics from the 80s as well. I think all the tracks have some kind of tribute to something in them.”

Taking power metal parody to its most fun extremes is the name of the game for Majestica, but why? On where their influences come from, David has something of a confession; ”So I think of course the early Helloween records is kind of the big thing, we had some inspiration from Steel Panther, they are doing the hair metal thing, they took all the riffs and remade them and made these crazy lyrics on them … when we were working here, we wanted to play old-school power metal but we also wanted to have the feeling that it would sound fresh and new, but still have this old-school vibe through the album as well, so I think we kind of took inspiration from Steel Panther to actually make it happen, which is kind of weird maybe, but yeah.”

Above The Sky is out now through Nuclear Blast.