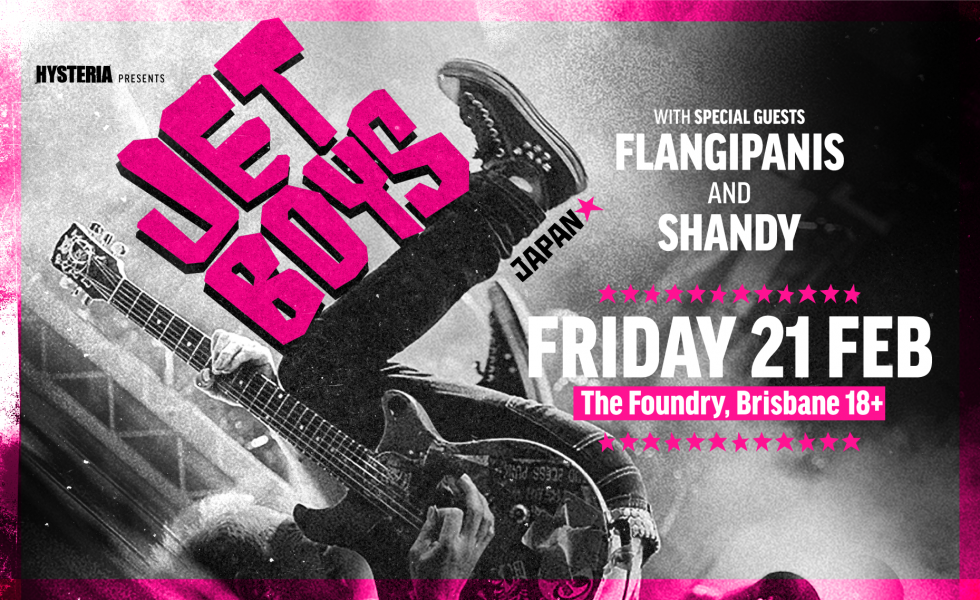 The most insane, loud, and barely-clothed breakouts from Halloween Hysteria 2019, Japan’s Jetboys, are returning to Brisbane for one hellraising Queensland show this Feb!

These Jet Punks will be taking over the Foundry in Brisbane on Friday 21st of February, and are there with one mission: to play an unforgettable set filled with punk rock mayhem.

Jetboys are OG punks from the early 80s punk rock scene in Japan. Comprised of Assman Ono, Kodama, and Seki, their wild shows are MUST SEE experiences that will thrill and shock rock and rollers of all ages, stripes, and nudity comfort levels!

Their incendiary set at Halloween Hysteria 2019 exposed them (literally and figuratively) to a legion of new fans Down Under. By overwhelming popular demand, Hysteria is bringing them from the land of the Rising Sun for a special set with fellow Halloween Hysteria alum Flangipanis and Shandy!

Good Call Live sum it up: “Have you ever seen a man in a G-string play a guitar with nunchucks? Because I have. It’s hard to put into words what I witnessed in the Jetboys set […] These Tokyo punkers put on the most entertaining punk show I have ever witnessed […] Standing on drum kits, climbing walls and even grating a zucchini with his guitar strings. The Jetboys aren’t a show, they are an experience.”

Standing on drum kits, climbing walls and even grating a zucchini with his guitar strings. The Jetboys aren’t a show, they are an experience.

Don’t take their word for it, the boys even say their “live naked performance is a sight to see.” (Note: [clothes] sometimes not removed)

Get ready for a soul-shaking, teeth-rattling, junk-grimacing time at Jetboys massive rock and roll party in Feb!

Tickets on sale THIS Friday 17th January, 9am through Oztix. 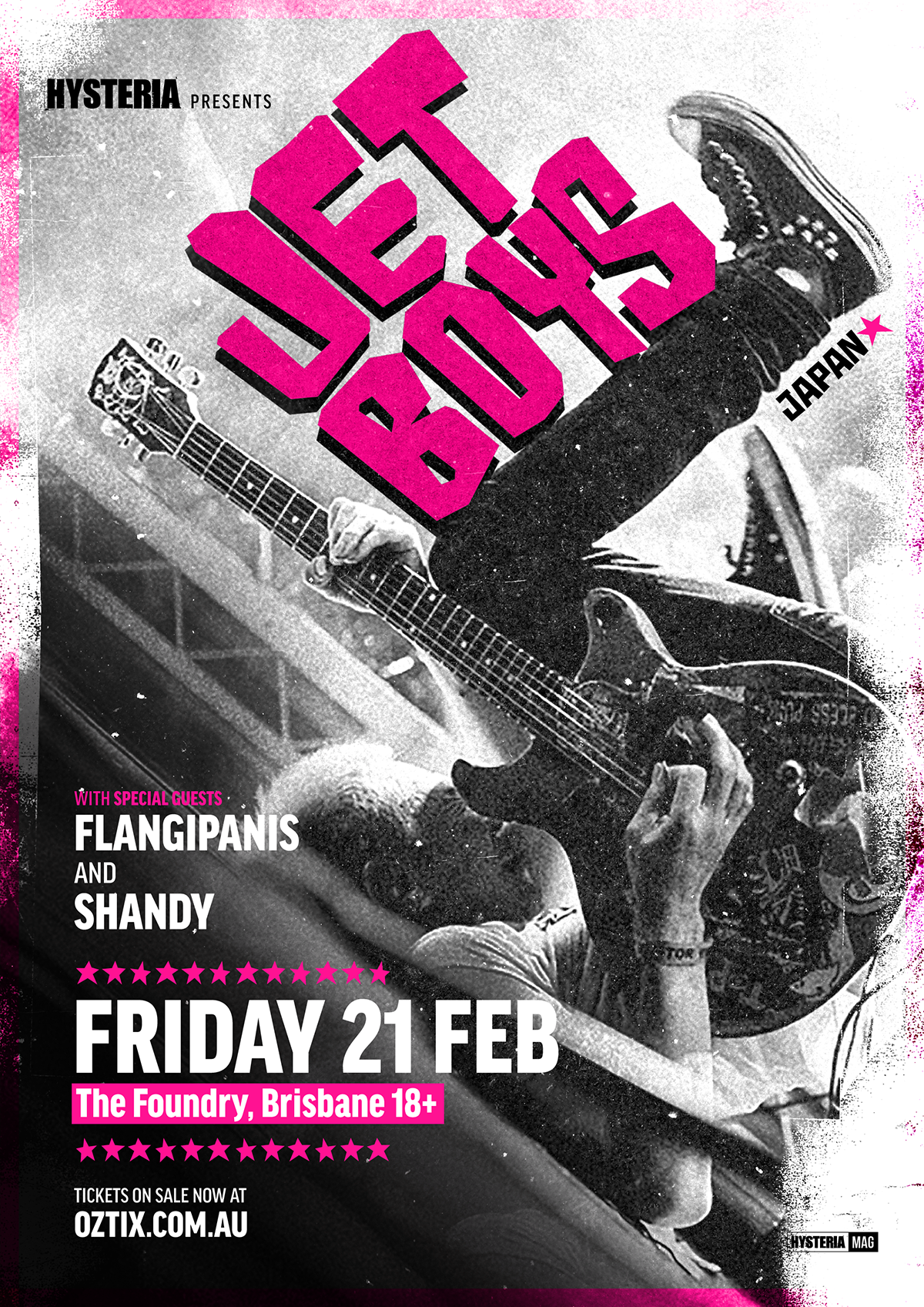