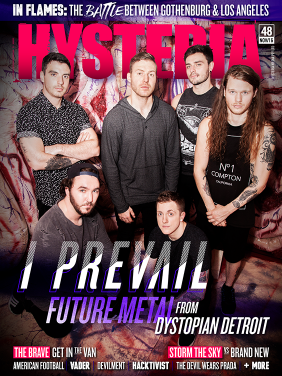 From a studio thought bubble to a road-worn tour bus via the internet: #CoverStars I Prevail talk Tay-Tay, the new breed of heavy music from the motor city and how viral fame is a poor substitute for touring. PLUS: In Flames, American Football, Hacktivist, The Brave, Vader, Devilment, The Devil Wears Prada and more.

From a studio thought bubble to a road-worn tour bus via the internet: #CoverStars 48 I Prevail talk Tay-Tay, the new breed of heavy music from the motor city and how viral fame is a poor substitute for touring. 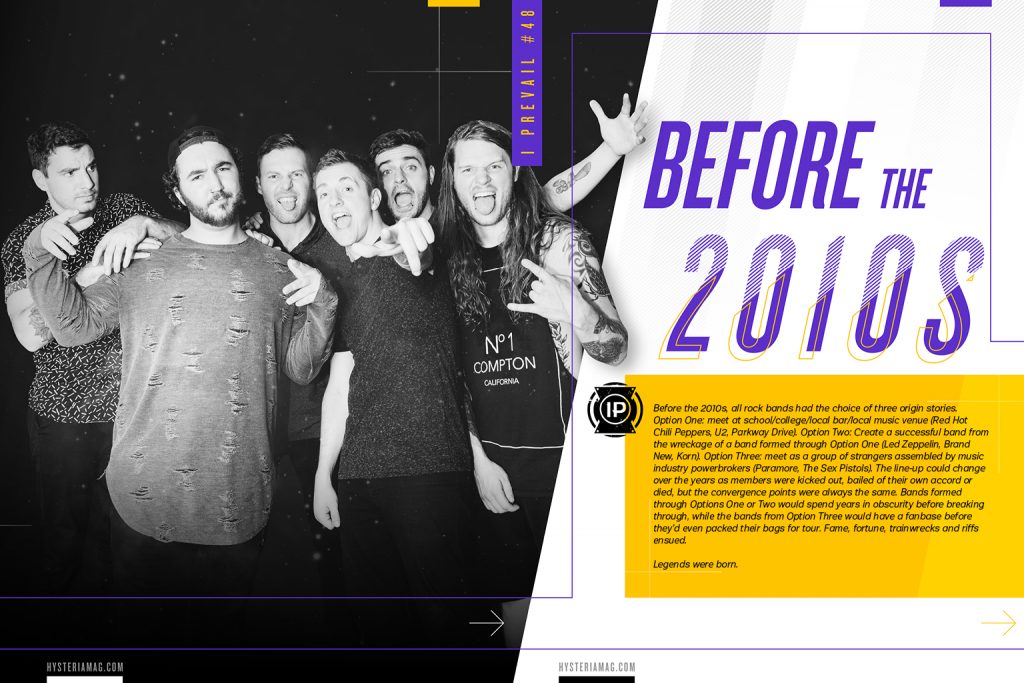 I Prevail inside Hysteria November issue #48

BATTLE FOR THE SUN

Melodic death metal pioneers In Flames leave Sweden for sunny Los Angeles to make album number twelve … and pick up a new drummer in the process. 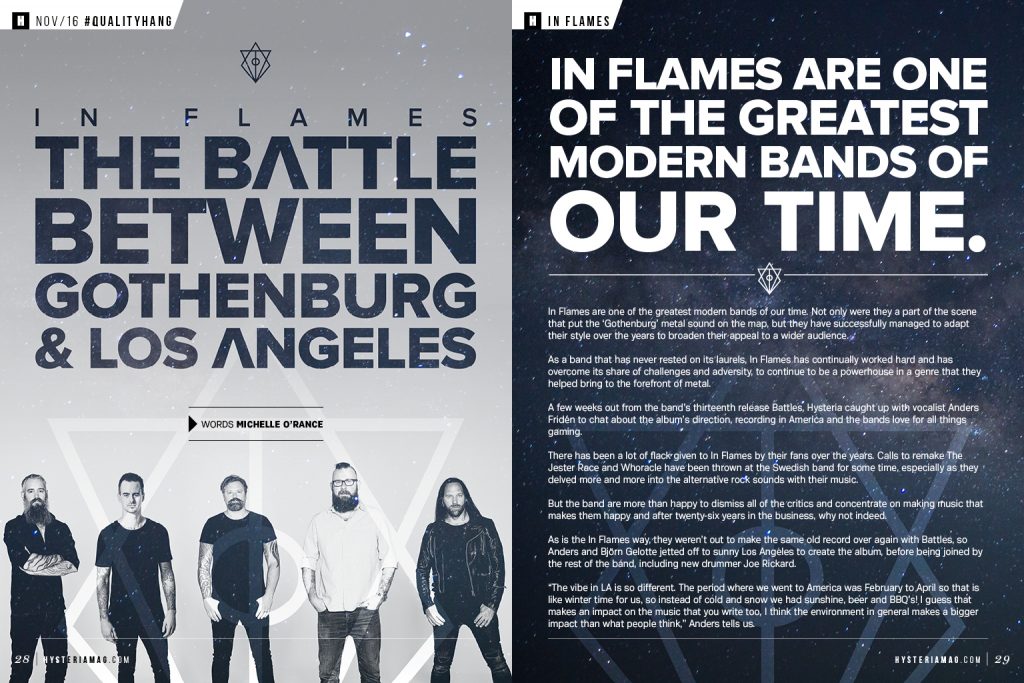 IF IT AIN’T BROKE, DON’T RENAME IT

It’s the emo reunion nobody expected, but American Football are back to prove that time has not cheered them up, nor changed their mind on album titles. 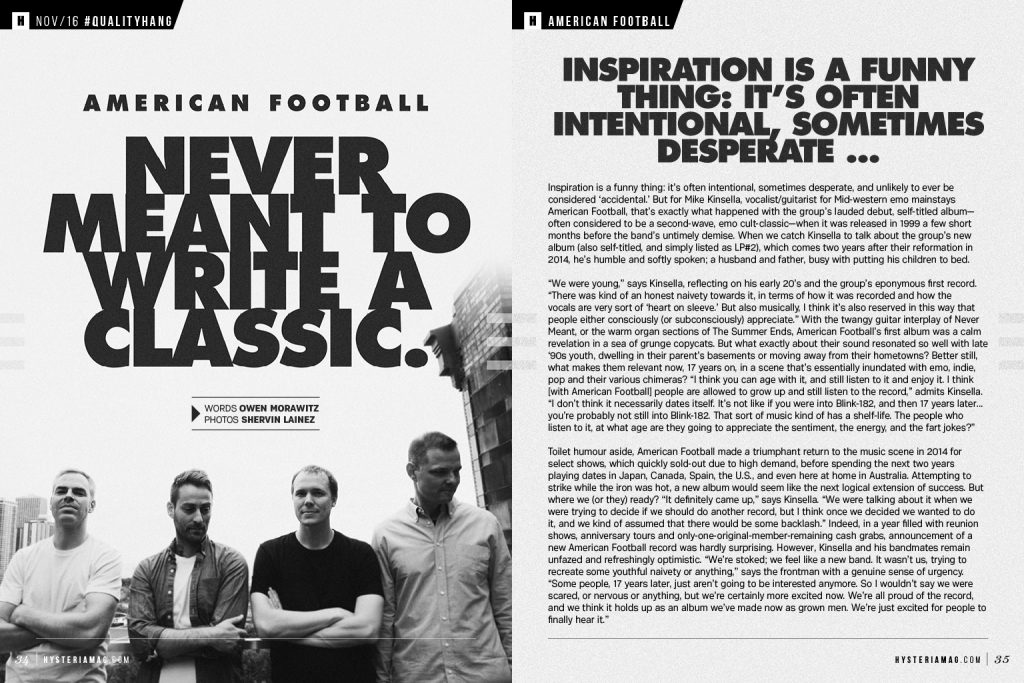 With the age of Trump upon us, we’ve got more conspiracy theories than all of Reddit combine—and Hacktivist is ready and willing to explain them to us. 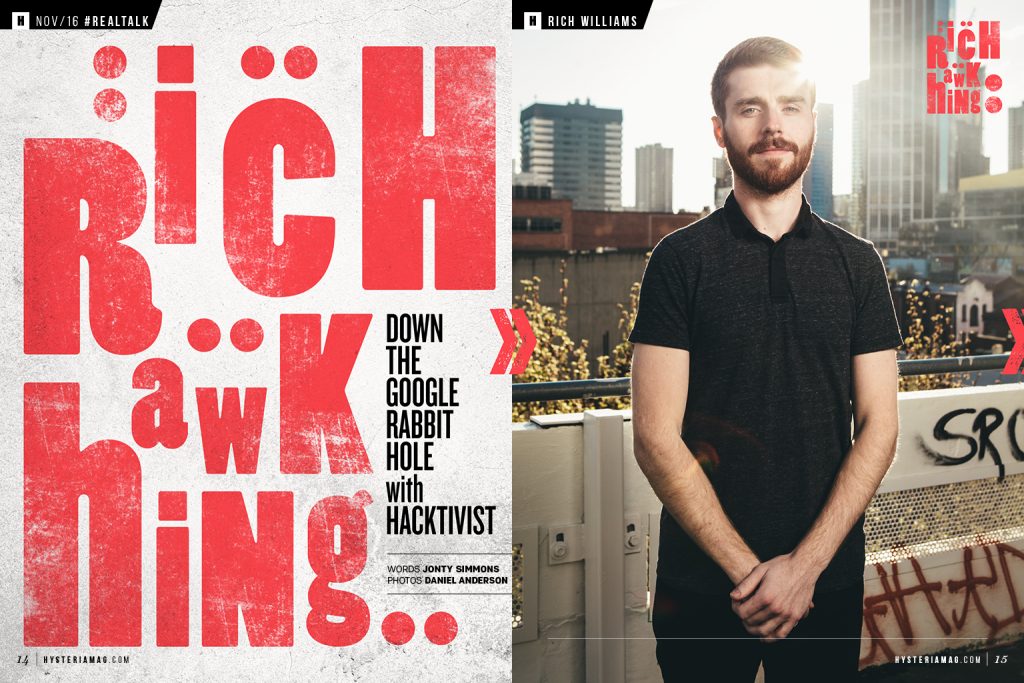 #RealTalk with Rich Hawking from Hacktivist

TEARING UP THE PACIFIC HIGHWAY

The Brave debrief after their best tour ever, and find out that Radke and his buddies in Falling In Reverse aren’t as tough as they thought. 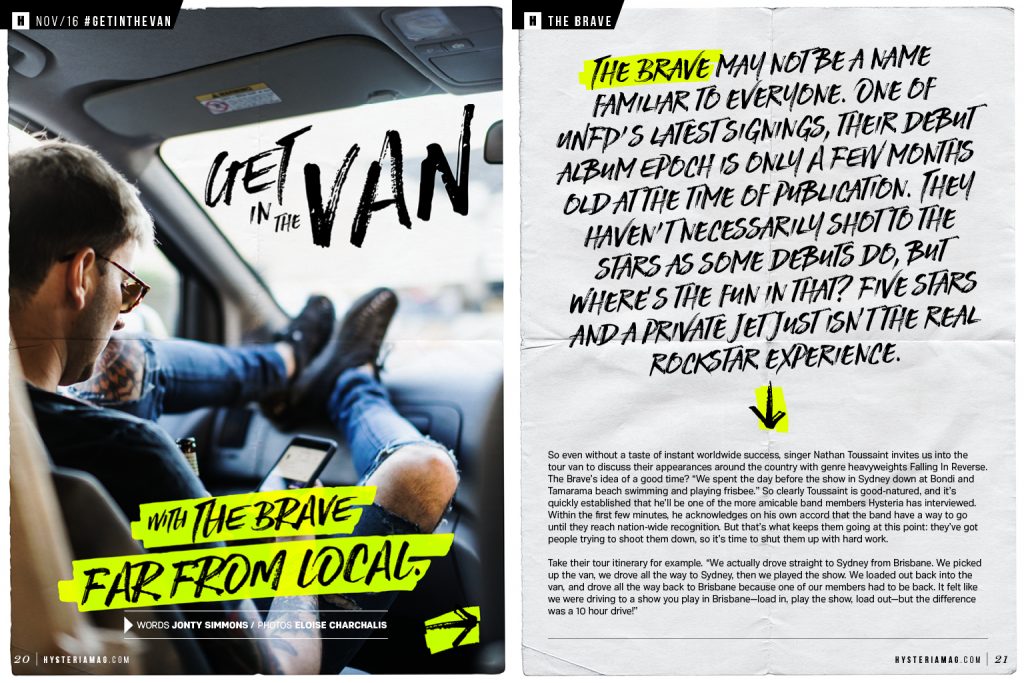 STAND UP FOR YOURSELVES

Star Wars, exploitation and points to prove: even after thirty years, Vader make it clear they’ve got plenty of points to prove and gas in the tank with which to do it. 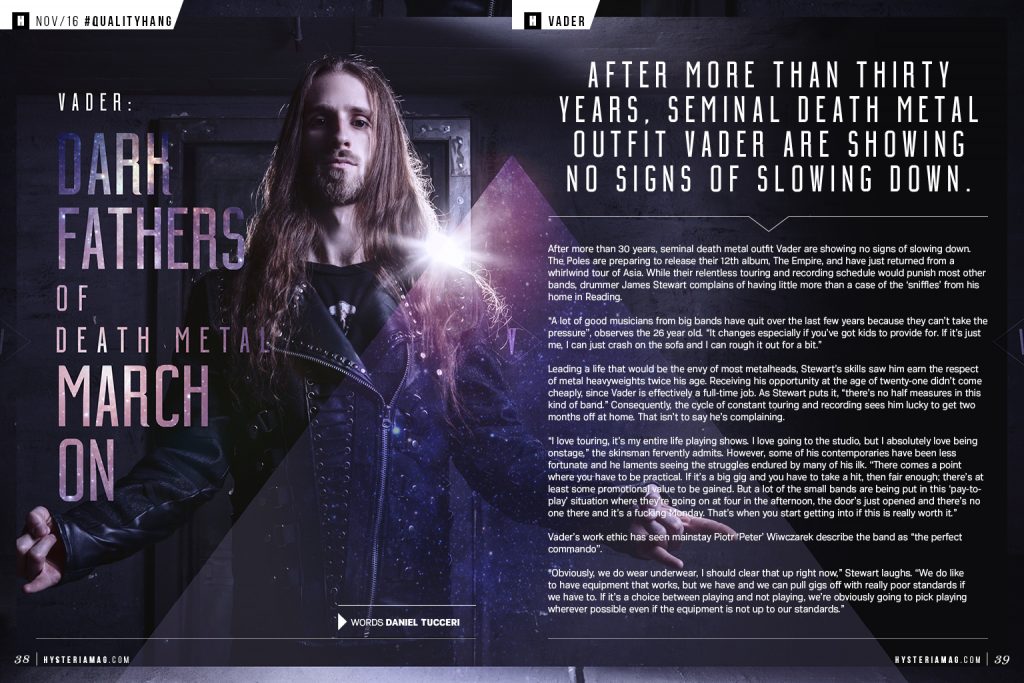 WALLOW IN THE FILTH

“I used to live in a cottage that was pink. It sounds awful and gay, but the pink was actually made with pig’s blood,” says Devilment’s Dani Filth. His decorating skills may not be to your taste, but his ghost stories are world class. 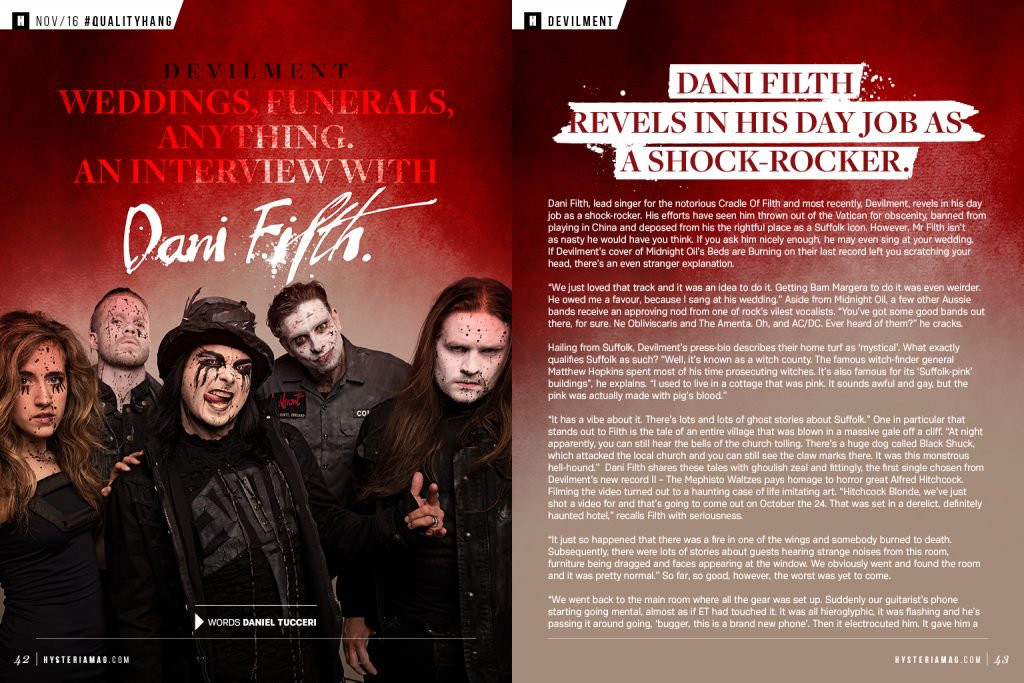 READING IS COOL AGAIN, PASS IT ON

We get some reading recommendations from unexpected bookworms The Devil Wears Prada ahead of the release of new album Transit Blues.

Download the latest issue with I Prevail and more free through the ‘Hysteria‘ app, available on the app stores for Apple and Android smart phone and tablet devices.