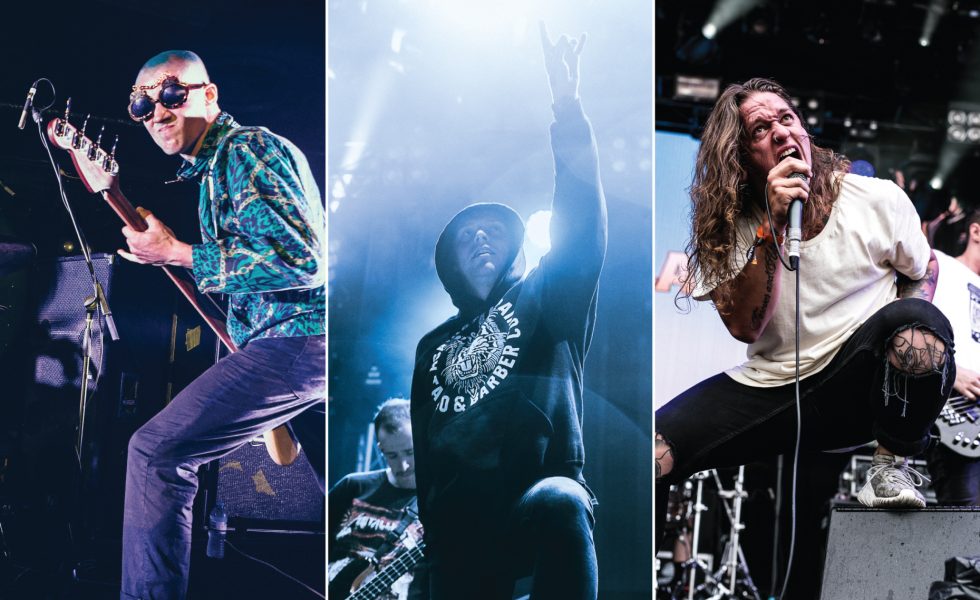 Australia Day. While indeed a day of controversy, for most it’s a day to celebrate all things Aussie: snags, VBs, thongs, the Southern Cross and so on. This also includes the annual tradition of blasting out triple j’s Hottest 100 wherever your day takes you.

MORE: FEATURE ARTIST: The Bennies – Aren’t Playing Games… Except For When They Are // Foo Fighters – No Country For Grohl’d Men

This year though has seen some changes. Not only did triple j make the decision to post-pone the Hottest 100 from Australia Day to the day after, but we saw a big change in the style of artists and music that made it onto the top spots.

Obviously Kendrick Lamar made a bigger impact then any of us at Hysteria thought (even Hersey – ed.), given that he showed up several times in the list. But what about the artists that didn’t get the credit they deserved?

Well here is our Hyst List for the artists we think were robbed of their rightful spot in the triple j Hottest 100.

Disclaimer : We are including artists that may have been in the 101-200 list, because really who even checks that list?

Glassy-eyed goodness! How did they not get a gong? Did all y’all stoners forget to vote? (Don’t answer that)

Yeah no worries, can win an ARIA but not good enough for triple j?

Norwegian punk band. That is all.

How is it possible that Lucid Again got no recognition?

There used to be a time where triple j would have smashed out a metal masterpiece like this in their top 100 picks no wokken forries m8. But…nuh.

Singing the kind of songs that make you want to walk around an expensive hotel room in lingerie, a big fur coat and with a bottle of whiskey in hand // Khiara Elliott

The dudes climbed all over each other for an album cover? That kind of dedication deserves a place in our opinion! It’s OCEAN GROVE, PEOPLE!

She is so adorable how could you not include her, you monsters?! Her silhouette is literally the shape of punk to come. That came. Er…

Honestly, we’d be too scared NOT to have him on the list (but also what a video clip)!

C’mon, these guys are pretty much the only thing going for UNFD at the moment…

In the words of Dan Searle, “12th gap year is going well” – Twitter

You couldn’t make us say one bad word against our boys. NOT EVEN IF YOU TOOK OUR COFFEE

You don’t even need to take pills to dig these beats! (Though it helps!)

This is not a drill! This is broody, bold and bloody brilliant!

Did we miss your favourite artist? Let us know who you think deserved a spot on the list in the comments!