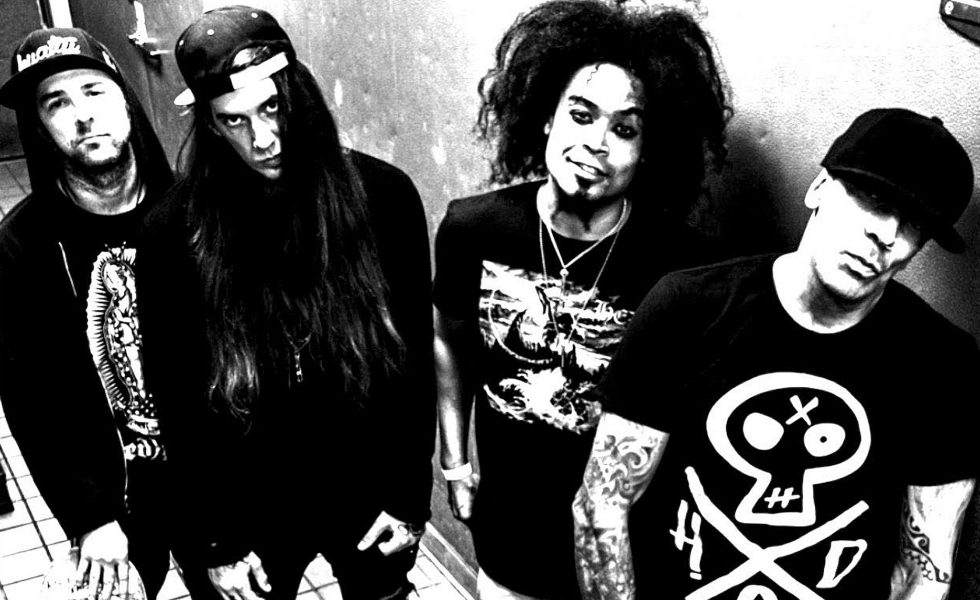 This June, none other than (hed) p.e. are touring in Australia.

Renowned as the alchemists behind the super-addictive concoction of the rock, metal, punk and hip hop sounds of ‘G-Punk’, American sonic force (hed) p.e. are undoubtedly one of the most intense, yet funky and chaotic live acts to emerge from the mid-1990s. Now stronger than ever, and about to drop their eleventh album, Stampede, (hed) p.e. are coming to Australia for the ultimate collision of wild beats and heavy levelling.

“You know what’s great?” vocalist Jahred Gomes states, “the record comes out five days before we get there. Stampede … gotta get that, we’ll be playing some new tracks from the record, I’m really excited about this record … I’m so excited it’s finally coming out … two years in the making, June 21st which is the start of the summer solstice, June 21st… so the stars are aligning and we’re going to be in your country for the release of our record! So, I’m stoked.”

Hell yeah, we have heard the first single from Stampede, Canirock, and it is something of a lifestyle affirmation …“Haha!” Gomes exclaims, “I love that you used the word ‘affirmation’ because you know what’s funny though, Canirock is a very light-hearted jam, it’s like nothing to it, right. But the rest of the record is highly affirmational in terms of like, a lot of early (hed) p.e. stuff the focus was on outward things like shadow government, shit like that, but this record has an inward focus, on more of a personal focus, on myself, obviously, as I’m the writer, but really as people … can you focus on yourself? It’s a record about taking charge of your own reality.”

I think that people are more easily manipulated and controlled when they’re concentrating on exterior forces, than on themselves. I think that’s the trick of it, that’s how fascism takes place, when a government can convince you to look at something, blame it, and they’re like, ‘as a government we can help you, we’ll get rid of these people’, or whatever, right? That’s a dangerous place to be.
[ Jahred Gomes ]

Whoa, intense …so, why the inward turn? “Well, you know,” Gomes explains, “all I can say is that is kind of an evolution, it’s my evolution, of where I’ve gone, it’s a reflection of me as a person. For those years that I put out records that focussed on politics and shadow governments, that’s what I was studying, those were the books I was reading, those were the lectures I was watching on YouTube, right? So now I’ve evolved to that point in my life over the last years where I’m more interested in … sounds cliché … self improvement, interested in becoming a master of my own reality than I am in focussing on every other thing going on the world. Now of course there’s still the balance of knowing what’s going on in national and global politics, but I kind of don’t give a fuck, and can’t let it affect me, and I have to create my own paradigm.”

“There’s some metaphors that are going on”, Gomes continues, regarding how this is interpreted on Stampede, “We’re talking about the war between activity and inactivity, right, between doing stuff to better yourself and your future, or being too lazy to do that thing, and so instead of saying things straight out, its like ‘I’m at war, I’m gonna kill this devil’, it’s the devil in me. It sounds like I’m talking about a hater, but it’s the hater in myself. That’s the type of shit I’m doing lyrically, where I’m at war with myself.”

This seems like an inner battle that in a sense has to happen with the systemic structures that we live in as well? It’s inwardly reflective but outwardly aggressive, and a form of resistance? “Well I like the way you said it, you’ve articulated the page that I’m on,” Gomes laughs, “I think that people are more easily manipulated and controlled when they’re concentrating on exterior forces, than on themselves. I think that’s the trick of it, that’s how fascism takes place, when a government can convince you to look at something, blame it, and they’re like, ‘as a government we can help you, we’ll get rid of these people’, or whatever, right? That’s a dangerous place to be. … You know, we are saying ‘oh, this isn’t political’ but as you said, when you’re doing that, self-empowered, that’s a form of politics, because you’re taking power away from …whoever shouldn’t have it.”

So, we can expect one hell of crazy time as Stampede launches and (hed) p.e. lands on our shores for a wild series of shows, as Gomes states, “record comes out June 21st, our first show is in Australia June 26th, we’ve got some new tracks from the new record ready to go, but of course we’re going to play all the hits, all the hits from our major label days, all the hits from our underground days … we just cover all that ground and have a good party every time we take the stage, for sure, because its not just us, it’s the people who come, they bring a good vibe.”