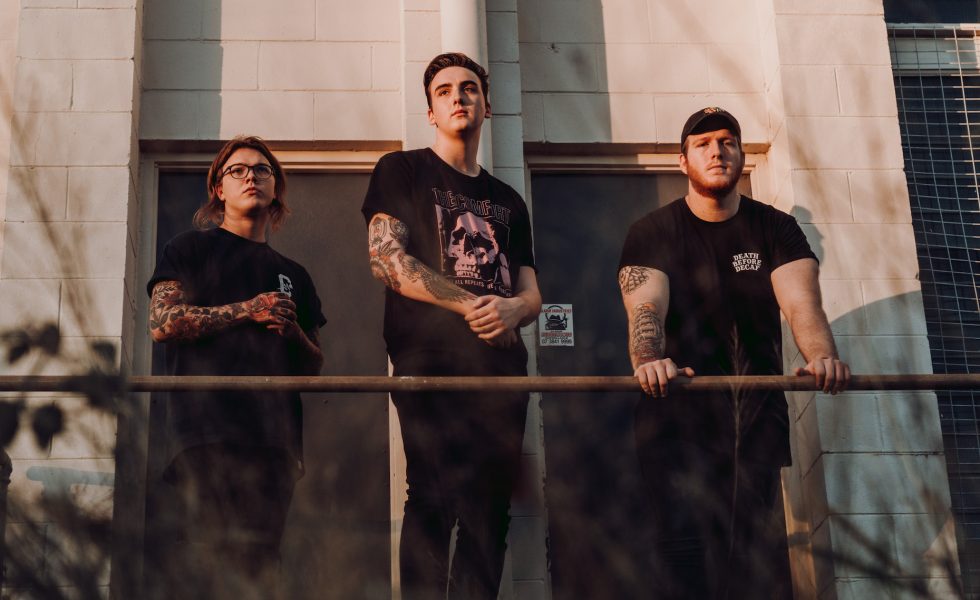 HEADWRECK // As Is (ft. Luke Harriss)

Landing hard with debut single As Is, featuring the roaring talents of She Cries Wolf vocalist Luke Harriss, Headwreck plumb the fertile hardcore-metal crossover territory their guest-star normally lurks with his own band. The hulking first release metes out relentless riffing and a volatile two-man vocal attack over a swift but meaty two-minute workout. The confidence of the release stands in contrast to the freshness of the band; they are yet to play a show together. But this is a band who are getting ready for the crucible, as they’re set to make their live debut opening for She Cries Wolf at the new-and-improved Crowbar Brisbane in March. Headwreck are keen to dismantle the stage with their new compatriots, and vocalist Connor Hickman is taking the whole thing in his stride.

“I’ve been listening to She Cries … for probably about 5 years now” he says cheerfully on a warm Sunday afternoon. “And I’ve always been a young guy going to shows, and they’ve always been there. (She Cries Wolf) are so supportive and so friendly, I just felt comfortable enough to approach Luke and speak to him about maybe featuring on our first song.”

The confidence of the release stands in contrast to the freshness of the band; they are yet to play a show together.

The band execute a tight, no-frills brand of extreme and ultra-modern hardcore, part of the new breed of Australian metalcore gaining significant traction thanks to hometown heroes like Deadlights, Days Like These, and of course She Cries Wolf. They slam and glower through the song–as well as the slick and glitchy videoclip directed by extremely-busy local punk-metal film-maker/Waxflower-guitarist Nick Hargans–with an efficiency that signals the tightness and familiarity of the band-members. Indeed, the three core members who make up the band– including guitarist Jamo Benadie and drummer Sam Conroy–have tested the waters of rock and roll up close before.

“Jamo, Sam and I–we used to all play in a band together called Strategies,” says Connor, “That’s how we all sort of met. That band … we disbanded in 2017.”

“We actually played a show with She Cries … and got to spend the night listening to decent stuff.” Connor continues, “Those first couple of experiences have really helped in just being ‘on board’ with it and obviously that helped with booking in this first show with She Cries Wolf.”

Technically only operating as a three-piece band, Headwreck have enlisted Days Like These vocalist and sometime mercenary bassist, Callen Batson, to fill in on live duties.

“Yeah so Callen’s playing bass for us at the moment,” Connor chuckles, “It’s sort of that position where he’s ‘in’ but he’s ‘not in’. But obviously Days Like These are doing super well at the moment. He’s so busy, so at the moment he’s not bought completely into the Headwreck thing but hopefully in the future … if he sticks around, that’d be dope.”

With such a high-profile start, and a few high-profile friends in the wings, Connor appears circumspect and prepared for the year to come. But with some pummelling beatdowns and a throat-busting scream, they are well equipped to make some big noise in 2020.

STICK THIS NEXT TO: Belle Haven, She Cries Wolf, Dealer