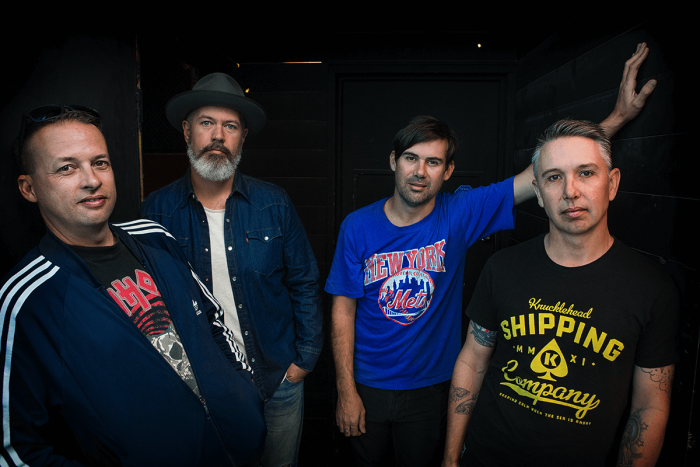 Seminal Aussie rockers Grinspoon has announced their HUGE Chemical Hearts national tour, set to make its way around the country in October and November, supported by The Hard Aches, The Gooch Palms and Bugs.

Kicking off in Fremantle on October 11 at Metropolis, the tour will then move through Perth, Melbourne, Canberra, Hobart, Adelaide, Wollongong, Newcastle, Sydney and Gold Coast, before wrapping up in Brisbane on November 8th at The Fortitude Music Hall.

“It is with great delight that we announce a cute little sojourn around the country with Grinspoon visiting (hopefully) all of you! We are going to be doing a little thing called Chemical Hearts.” says frontman Phil Jamieson.

“We don’t get out much anymore and our last one focused primarily on our first record and this one will take a more broad approach to the little nuggets of songs that came between 1995 and 2013”.

In celebration of the tour, the band will release a Chemical Hearts vinyl record on October 11th, with a tracklist that’ll span their career (and surely send fans straight down memory lane).

From their humble “Triple J Unearthed” beginnings in 1997, Grinspoon has risen to the upper echelons of Aus rock. Over the past two decades, the band have racked up seven albums, top ten ARIA chart spots, ARIA Awards, 13 ARIA nominations, thousands of gigs, tens of thousands of frequent flyer miles, seven appearances at the Big Day Out as well as slots at Homebake, Falls Festival, Splendour In The Grass, an NRL Grand Final and a Commonwealth Games Closing Ceremony in Melbourne.

Pre-sale tickets for the Chemical Hearts national tour will be available via Telstra Plus from 9am local time Wednesday 5 June. General public sales will kick off at 10am local time, Friday 7 June 2019.