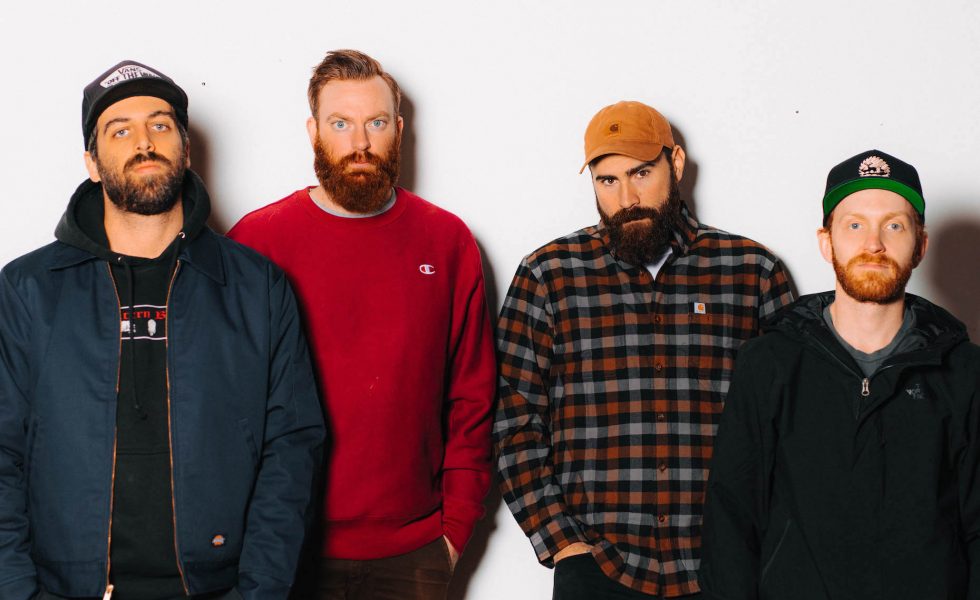 Alongside the announcement of their fourth coming Brain Pain, the quartet have also released two songs from the album that should suffice until 28th February when we can hear the album in its entirety.

The self-titled track Brain Pain follows the Four Year Strong signature style of pop-punk with the guitars spiralling through the choruses as the rhythm section burrows beneath the lyrically enhanced verses; fans will surely be pleased to have these boys back on the scene. As they’ve following their creative minds and a can-do attitude, the band were an integral part of filming the video clips too, with Talking Myself in Circles being an ode to that as the bouncing punk melody ricochets within the frame as the band jive, regurgitate blood, rock out, and have a seemingly enjoyable time with the production of the clip.

Having had the premise of the album for a couple of years, it was something that Four Year Strong were able to nurture and allow to come into fruition with producer Will Putney who also worked with the band on their previous 2010 release of Enemy of the World. It’s also going to be the first album since their self-titled release in 2015, and it won’t be long before fans can appreciate the wait between the band’s releases.

Although they have not yet announced an Australian tour in support of Brain Pain, we can hope that it won’t be too long until they make their way back down under to deliver the goods of their contagious music.