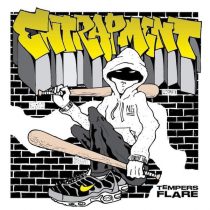 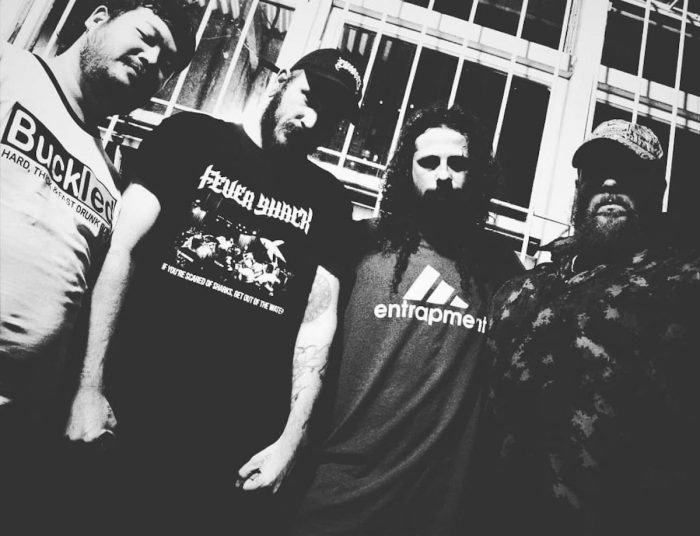 Ahh, what a time to be alive, hardcore’s back baby. And when I say back, I don’t just mean that it’s having a minor resurgence in underground scenes and dive bars across the country, when I say back, I mean that it is back swinging, with the modern crop of hardcore innovators arguably attaining the most commercial success the genre has ever seen.

Turnstile are playing large-scale festivals like Laneway; Sydney up and comers Speed have been gaining massive amounts of media attention from the likes of The ABC and Knocked Loose somehow recently found themselves playing to a sold out crowd at the esteemed Red Rocks Theatre in Colorado. All massive feats from band’s that at a point would have been regarded as unfit for mainstream consumption.

Making the Gold Coast/Brisbane based outfit Entrapment, primed to be one of the next groups spearheading the Australian scene. On their newest EP Tempers Flare, the group continue to propel their sound by merging traditional metal riffs with modern hardcore characteristics, adding a flair that is incredibly unique to Entrapment. Which is all a part of the group’s allure, that no matter what style they dabble in, they pull it off. Grip Of Rage contrasts fundamental components of hardcore such as chanted hooks and slacked, downtuned basslines with powerful speed metal licks and thrash era Metallica inspired guitar tunings.

If you’re a punk or hardcore enthusiast, it’s hard to imagine a situation where you won’t be into the newest Entrapment release. It’s raw, ferocious and all bundled up into a crisp 10 minutes, just as hardcore should be.

Every Single Time on the other hand, channels unrhythmic qualities and off-kilter percussion which gives way to a powerful breakdown. With drum fills that are fun, fast and unrelenting closer, World Turned Hostile brings it all back home, expanding the band’s sound by adding in some nü metal characteristics and grunge basslines in an innovative display that really leads to excitement for what the band may do next. If you’re a punk or hardcore enthusiast, it’s hard to imagine a situation where you won’t be into the newest Entrapment release. It’s raw, ferocious and all bundled up into a crisp 10 minutes, just as hardcore should be.

STICK THIS NEXT TO: Speed, Cold Blood, Incendiary