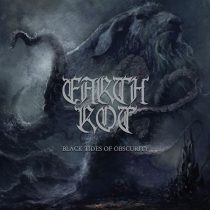 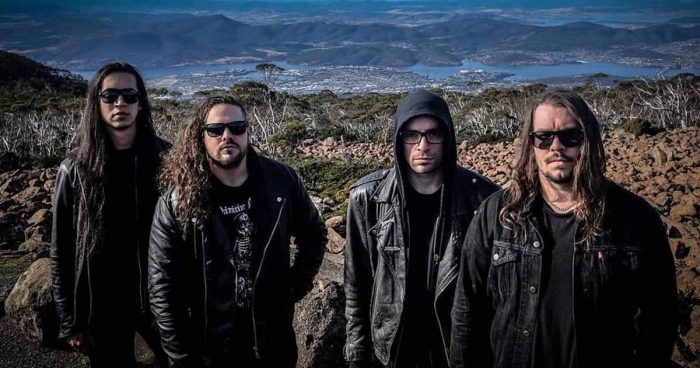 Perth’s Earth Rot trade in an eclectic brand of deathly black metal and with Dread Rebirth, their first single from upcoming album Black Tides of Obscurity, they have wrought a rollicking and cacophonous piece of rock and roll.

Treading into sometimes-maligned death‘n’roll territory, Earth Rot borrow ideas from some of the classic black/death sounds packaged in a driving, unromantic riff-onslaught. The guitars carry into each other energetically, serving to remind that this is a band who write music for live audiences, not their bedroom walls.

Vocals maintain their ugly delivery, slipping from wet, guttural lows to abrasive, rasping highs, and some fairly interesting voiced-weirdness that harkens back to the odd style Attila Csihar became known for in Mayhem. The drumming is stupidly tight, all militant snare fills and leg-straining kicks. The band strains hard against the limitations of the genre and, to their credit, mostly achieves something different.

Earth Rot forego cartoonish black metal aesthetics, instead relying on the call-to-arms intensity of their music to speak for them.

Earth Rot forego cartoonish black metal aesthetics, instead relying on the call-to-arms intensity of their music to speak for them. There is no small amount of early-2000s extreme metal-worship apparent here, as they display a love for mid-tempo heresy like Satyricon and the roaring, fist-first animosity of bands like Red Harvest, but they achieve something that sounds modern and nasty. The crisp production gives the song a violent energy that cleverly recalls the redlined sound of Australian war metal without losing any of the clarity.

With a videoclip that consists entirely of silhouettes of the band – all unkempt hair, shredding guitars, and speed-dealer sunnies–layered into psychedelic imagery, there isn’t a lot to go on here, and that design works for bands of this ilk. This isn’t really a band you need to know a lot about. They play aggressive blackened death metal. Their music canes. It is extremely mean. That’s plenty to know going in.

STICK THIS NEXT TO: Satyricon, Mayhem, Red Harvest