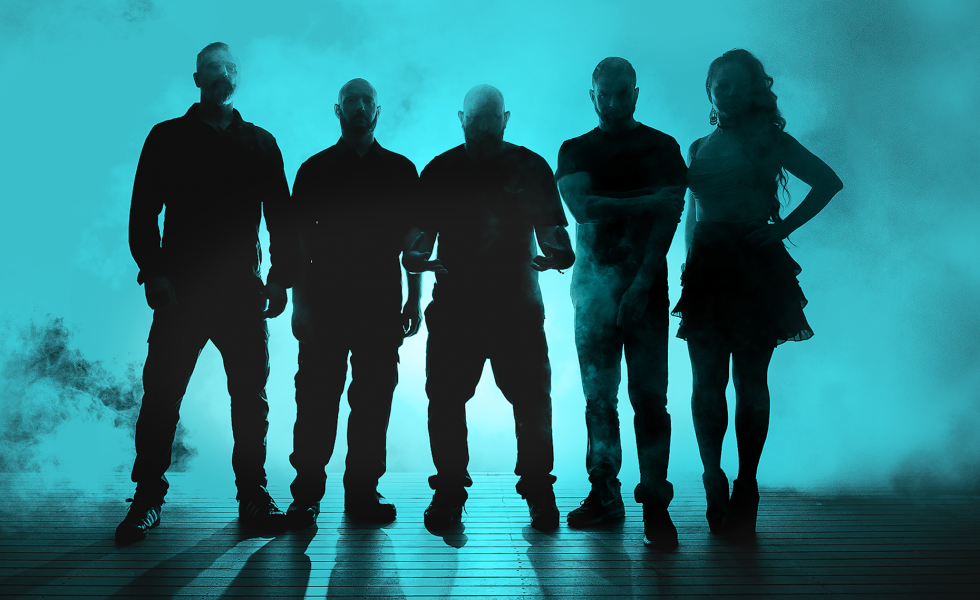 WHERE THE DEVIL // A Masterclass In Brutality

Newcastle’s Where The Devil may be relative newcomers to the music world, but they’ve already made quite the impression.

With their last two singles, they achieved airplay on Triple M and Triple J and the love of metal fans all over the country. Now, they’ve unleashed Misery and oh man, is it a heavy one. We caught up with bassist Rachel McGuire for a chat all about it.

Rachel: It’s an interesting one. All of us have been in bands before. Some of us have played together. With the original lineup, I had a call from a couple of guys I knew from the music scene but hadn’t been in bands with. They were a drummer and guitarist, looking for a bassist. So I started jamming with them, and it was pretty cruisy.

We were without a singer. I knew one from a previous project, and we’d also gone to school together, so I approached him, and he was interested. After that, the original drummer bowed out, and then the guitarist that contacted me left. Getting to our new lineup was pretty organic. It pretty much happened through networking. It is now Ben Pennifold (vocals), Rob Carstein (drums), Ben Hosking (guitar/vocals), Myself and Daniel ‘Remi’ Wilson (guitar).

Congratulations on the release of Misery. How’d it come together?

We call the Bens B1 and B2. B1 (Ben Hosking) already had the track demoed out. So we started jamming on it, and then B2 (Ben Pennifold) came up with the hook, and we all thought it was awesome. So that’s what led us to where it is today. It is probably one of my favourite songs of ours. It’s built around minor chords, so I love the darkness of it.

The pandemic changed our focus, and we decided to start recording again.
[ Rachel McGuire ]

Did you have any learning moments from your last two singles that carried through to Misery?

We actually did things in reverse. We’ve had three singles released now, but Misery was one of the first we recorded. We had a different video clip for it, but we weren’t entirely happy with it, so we parked it. We were going to release it around the time of our gigs, but COVID stopped all of that. The pandemic changed our focus, and we decided to start recording again. That led us down the path of doing more songs and video clips, and we ended up getting Abstract Chaos Designs in Brazil to do the lyric video for Misery.

To find a silver lining in the pandemic, it really does seem like it’s given so many bands the chance to perfect their work and make sure they’re 100% happy with it.

Absolutely. And even with things like trying to build your social media presence through COVID and keep people engaged. We’ve been thinking outside the square, creating Spotify playlists with a lot of different bands on them, and trying to target the audience that we are no longer gigging to.

That sounds awesome. Tell us more about some of those things you’ve been doing.

I can’t take credit for it (laughs). B1 does a lot of that stuff, and it’s really helped us network with local bands. A lot of these guys have their own recording set up or photography on the side of things, so we’ve got that creative network that we can all reach into and help each other out with. B1’s also been doing a lot of playthrough videos and things like breaking down the riffs of a song. We’ve put some raw social media stuff out there, like what albums changed our lives. It’s not directly related to the music we’re producing, but it shows how we get our sound and what influences us.

Tell us about what inspired the track, both sonically and lyrically.

Lyrically, B1 would say the track came from a place of growth within his relationships in life. So it resonates with a lot of people. Everyone’s been through some kind of relationship situation.  He had the shell, and we all added to it.  We put things we wanted in, like keys and some atmospheric sounds.

Who are some of the band’s biggest influences?

(Laughs) We collectively couldn’t decide. We are all so varied with what we listen to. B1 loves Helmet, for example, but I don’t consider them an influence. We all have very different backgrounds. While we all love bands like Pantera, we’d all have a different answer to this question.

We’ve another video clip planned. It’ll be a bit different to the last one we released. We’ve also got another three songs recorded that are currently being mixed and mastered. Then it’ll just be a gigging focus to see us out for the rest of the year.