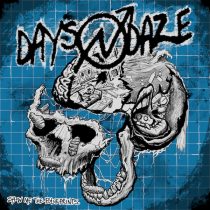 Days N DazeShow Me the Blueprints 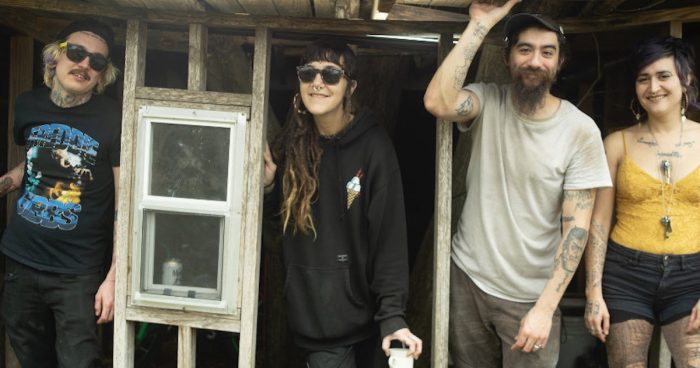 During recent times we’ve been becoming even more of a proactive society and we’ve been finding more ways to enhance our DIY attributes which is where Days N Daze should be sighted as a bloody good reference to see just how to work amongst ourselves, as well as with those who are just about family.

After years of pulling their own weight, the Houston outfit have signed to Fat Wreck Chords who will be releasing their forthcoming record, Show Me the Blueprints, and it sounds like the perfect collaboration for all.

Weaving punk rock notes through folk melodies, Days N Daze have formulated their own brand of ‘thrash grass’ over the past decade which is just as chaotic and captivating as the genre might suggest. Opening the album in a Flurry Rush of finger-picked strums and lyrical cries that might have listeners wondering ‘maybe we’re fucked, maybe we’re born to die, and all shit out of luck,’ because it’d be hard to ignore those blistering choruses.

Fast, furious and all the while poetic, the album is charged by a sense of urgency that comes through the strumming and wailing as the tracks bellow through a whirlwind of emotions

Compiling themes of addiction and sobriety during LibriYUM, alongside the esoteric My Darling Dopamine and Addvice, there’s also a notion towards politics within None Exempt, which makes it an album that shows an intricate look into the psyche behind Days N Daze who began with vocalist/trumpeter Whitney Flynn and guitarist/vocalist Jesse Sendejas, who have since been completed by Geoff Bell on gutbucket and Meagan Melancon on washboard.

Fast, furious and all the while poetic, the album is charged by a sense of urgency that comes through the strumming and wailing as the tracks bellow through a whirlwind of emotions that land us promptly on the self-titled track, Show Me the Blueprints, which screams harmoniously into the frolicking breakdown before spitting us out at the finale; Goodbye Lulu PT.2. Being a prequel to Goodbye Lulu (Rogue Taxidermy 2013), this closing track brings the album to a full circle of sorts as Days N Daze dig their thrash grass roots even further into the fruitful path that they’re on.

STICK THIS NEXT TO: The Orphans, Johnny Hobo and The Freight Trains, Harley Poe