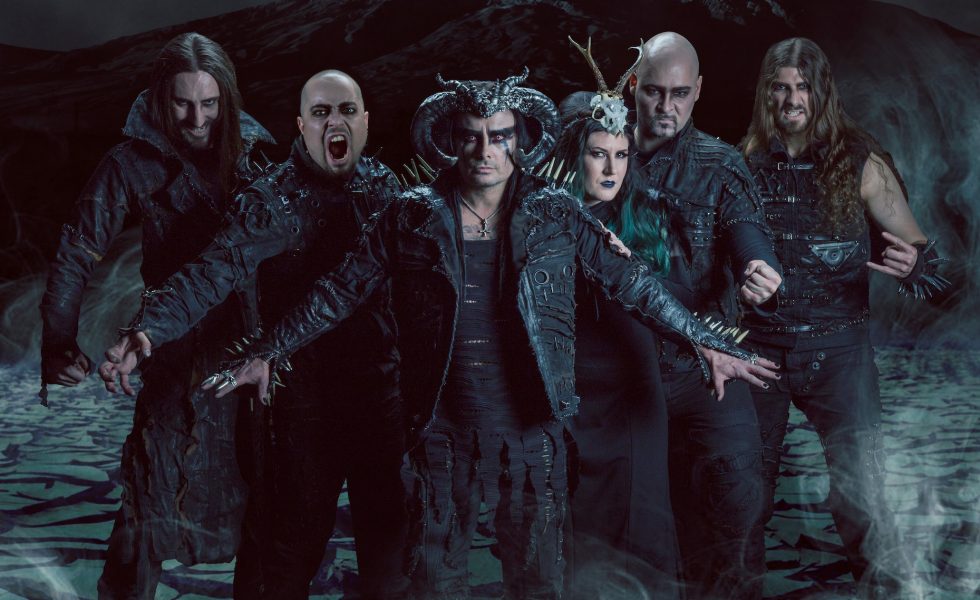 CRADLE OF FILTH // A Dark Fable

The year was 1998. As the mists of creativity swirled amidst an obsession with the high Gothic in popular culture, a second wave of black metal band from Britain released an album that would be crowned Queen of vampiric music, and remain definitive of dramatic darkness for decades to come. The band none other than Cradle Of Filth, and the album was Cruelty And The Beast.

Twenty years after its release, this sordid tale of blood, murder, and desire is coming to Australia in a series of unforgettable shows.

Cradle of Filth’s vocalist, the notorious Dani Filth, remembers vividly that intense time when the band was releasing Cruelty And The Beast. But did he think, at the time, that the album would still have so much impact twenty years later? “I probably did think I would be alive two decades later,” Filth laughs. “But yeah it was a really important album for us at the time. It catapulted us to the upper echelons of the metal community. We were getting a lot of features in metal publications, and horror publications. Yeah, it was exciting times for the band and I think the subject matter helped as well, as it was our first true concept record, it was important at the time, and I’m glad that even if the production hasn’t stood the test of time, the character and the nobility of the songs has.”

I’m glad that even if the production hasn’t stood the test of time, the character and the nobility of the songs has.
[ Dani Filth ]

Nobility, of its most sinister sort, is indeed the subject of Cruelty And The Beast. As Filth recalls, the choice to write an entire album about the bloodthirsty Countess Elizabeth Báthory [Hungarian noblewoman 1560-1614] was rather new at the time. “Well, I was very much into reading about her at the time,” He explains regarding how Elizabeth Báthory came to be the subject for writing, “and I was part of various vampire groups, and it came naturally, I start writing literally a couple songs … it was like, why stop here? We’ve got so much more to explore, and then I decided fuck it, I’m going to go a whole album about it. Up until that point, bands had touched upon her legacy and her legend, but really only like in bit parts. I think Bathory did a track, Venom did a track, Tormented did a track. Eventually, other bands came on board and did other things as well. But back then it was kind of the first to really kind of explore not only the real Elizabeth Báthory, but to expand upon the legend and the myth and then turn it into somewhat of a dark fable.”

Her story sure is dark, and while it is historically specific, the prolific vampire-like killer’s legend also has a timeless ability to be unsettling. On what he thinks the story of Elizabeth Báthory holds for people today, as it was presented on the album, Filth says, “I think they see it as a good dollop of escapism. I mean, it’s a very vampiric record, the subject matter of Elizabeth and her crimes is very vampiric, and I think that people see it as escapism, they see it as very cinematic, and the precursor of the lyrics that I was to write for the next twenty years [laughs]. The way I’m still writing, the fact that it has that dark fairytale, fable-esque classical mythological, you know, dark, evil, sinister vibe to it. Partly influenced by the surroundings in which I grew up, I was living in a village called Hadley, I was living in a house that was actually pre-printed back in the day by the Witchfinder General Matthew Hopkins [seventeenth-century English witch hunter, renowned for the ‘swim test’ of identifying a witch], the house itself was like 1689 I think, so yeah the surroundings really influenced that record, and like the culture at the time, ‘high Gothic horror’ was the in thing at the time at the cinema, you had Bram Stoker’s Dracula, Mary Shelley’s Frankenstein, Interview With The Vampire, you know, all these really big high-end production horror movies, Sleepy Hollow as well, you had Nightmare Before Christmas around that time, so yeah I think it played on people’s imaginations back then, as I think it plays on people’s imaginations now.”

I think they see it as a good dollop of escapism. I mean, it’s a very vampiric record, the subject matter of Elizabeth and her crimes is very vampiric, and I think that people see it as escapism, they see it as very cinematic, and the precursor of the lyrics that I was to write for the next twenty years.
[ Dani Filth ]

Twenty years later, Cradle Of Filth has a significantly revised lineup from that at the time of Cruelty And The Beast’s release. While one may consider whether this has brought anything new to the sound of this classic album, the question is rather one of ‘who is converting who?’, as Filth intriguingly suggests, “I think more than anything playing the Cruelty And The Beast album may influence some of the writing for the new record, and we are working on an album at present, we’ve just got a smattering of songs and general bits and pieces of ideas, it’s all like a big construction lot, until the current touring scenario fades out … the space in between dates is becoming bigger and bigger, and it allows us more time to start developing the ideas for the new album. But yeah, playing Cruelty And The Beast has certainly rubbed off a little bit … I can’t promise anything but what we’ve written so far is definitely going down the right direction.”

So, Cruelty And The Beast is on its way to Australia, and Cradle Of Filth fans can expect a show stacked with not only the album in entirety, but even more from their hallowed discography, as Filth says, “We use Cruelty And The Beast as Act I, and then we have obviously and encore break and the encore which is usually seven or eight songs pretty much almost as long as the album, is fan favourites, like popular songs we haven’t played for a long time, if ever.”

CRADLE OF FILTH CRUELTY AND THE BEAST AUSTRALIAN TOUR DATES 2019: