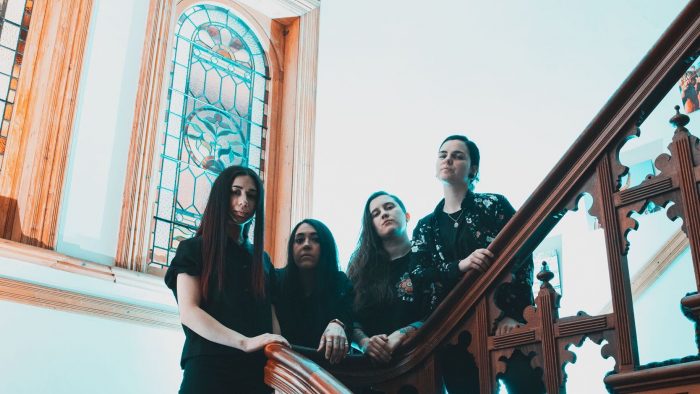 Alt-rock queens The Beautiful Monument have announced their next record I’m The Reaper will be released on June 28.

The news follows the release of the dark and euphoric second single Stay which premiered on triple j’s Home & Hosed on Tuesday night. Much like the album, the track puts frontwoman Lizi Blanco’s life (and the intergenerational issues that plagued her family) on full display.

As Blanco explained,”If I hadn’t have moved away from my family, The Beautiful Monument wouldn’t exist. Everything happens for a reason and sometimes it’s hard to understand at the time, but it all ties in and makes sense eventually.”

The Melbournians have promised the record will touch on ideas of mental health, grief, redemption and growth and will serve as a reminder that it’s okay not to be okay and you can overcome anything—if you’re willing.

“This record is strongly associated with a lot of the negative times in my life which ended up shaping me into the person I am today,” continues Blanco. “It’s a very personal record to me. That said, it doesn’t only focus on the negatives, but also the positive outcomes from these shitty situations—from my mental health, dealing with loss and then finding someone I adore and laying toxic relationships and situations to rest. It’s the reaping of I’m The Sin and the beginning of a new chapter.”

The announcement follows a huge 2019 for the band, which has seen them sign to Greyscale Records, play Download Festival, complete a huge headlining tour and receive a helluva lot of play time on Triple J.

I’m The Reaper will be released through Greyscale Records. Pre orders are available here. Stay follows the release of first single Deceiver, both tracks are available now for streaming and purchase through all good digital outlets.