ANTY! // “We Need To Be More Patient & Understanding With Each Other” 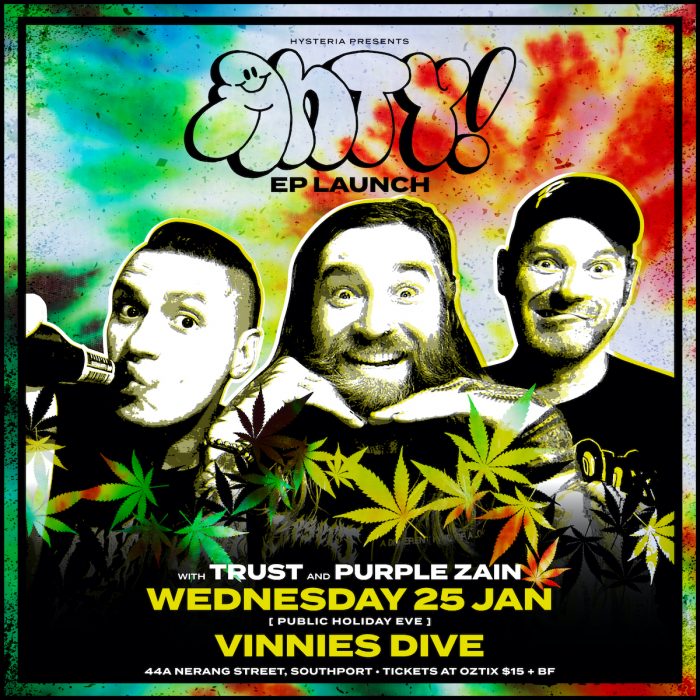 As the old saying goes: “to err is human, to forgive divine”; a mantra deeply pulsing beneath the reggae, hip hop, and punk offering lying in wait on Human Enough to Make Mistakes, the recent EP from The Bennies frontman Anty Horgan’s side project ANTY!.

Set to finally launch Human Enough to Make Mistakes in a live setting on Wednesday 25 January at Vinnies Dive on the Gold Coast, with fresh ANTY! recruits Tommy Creeper (The Wrath) and Hysteria Media’s very own Joey McGahey on drums and bass respectively, balancing a solo-turned-band project alongside a busy impending schedule for the new-look Bennies lineup in 2023 has certainly been a “when it rains it pours” moment for Horgan; but not altogether in a negative way.

“I feel good,” Horgan tells Hysteriamag.com before pausing to laugh. “I wonder if I’ve spread myself a little too thin at the moment, I’ve got a lot of stuff going on. But it’s good to be doing stuff, I fucking hated the last couple of years not doing much and not really having much confidence to make music, or any desire or want to do it. But all of that has passed for me.”

“I definitely wanted to approach this year all guns blazing.”

With appearances in his wake fronting The Bennies spanning festivals locally and internationally, as well as countless headline shows, and supports with NOFX, Less Than Jake, The Smith Street Band, The Living End and many more, the upcoming ANTY! EP launch certainly isn’t Horgan’s first live show rodeo. But when it came to creating and releasing Human Enough to Make Mistakes, the process certainly was not without multifaceted professional and personal extremes for Horgan.

“I had these songs and I was sitting on them for a while,” shares Horgan of the four songs that eventually came together to form Human Enough to Make Mistakes. “I’d made a film clip for Addiction.Depression,Repeat which was actually just under a year old by the time I put it out. And I just sat on everything for ages, I didn’t know whether I felt too vulnerable about it or whether it was even something I wanted to do.”

“I wanted to just do a short EP of some songs I thought were pretty cool,” Horgan continues, “and songs that represented that time for me. They’re fun songs, but when I listened to them – I didn’t initially realise that they were all a bit negative in some way.”

“The last two years were probably the roughest of my life. I know for a lot of other people as well there were hard times all round. I didn’t really wanna write about COVID exactly, just more about some of my feelings around that time.”

“I intentionally called the EP Human Enough to Make Mistakes, and I ran it past one of my friends who is the manager guy for The Bennies. I was like: ‘What do you reckon of this title? I reckon it’s pretty good’. And he’s like: ‘Yeah, but just be aware that if you bring that out, it might bring up some old traumas for you where people might start criticising you for something that happened a while ago’.”

… people make mistakes and people shouldn’t be fucking ostracised so heavily for mistakes, people learn to grow and heal, and we need to be more patient and understanding with each other. And that was the sentiment behind the EP name.
[ ANTY! ]

“There was a bit of a worry about that,” Horgan muses. “But that’s when I was like: that’s the point of calling it that, people make mistakes and people shouldn’t be fucking ostracised so heavily for mistakes, people learn to grow and heal, and we need to be more patient and understanding with each other. And that was the sentiment behind the EP name.”

“If artists are going to be out there and be vulnerable, then fuck it – we should celebrate them for that. We need to actually understand that there’s a side that needs nurturing there as well, not just attacking.”

Horgan’s journey during the COVID pandemic, including multiple public statements in the wake of a last minute attendance at an anti-vaccine mandate protest in 2021, also heavily resonated well into 2022, ultimately also surrounding the release of Human Enough to Make Mistakes.

“I was so anxious and nervous, when I first announced the EP, my friend Tyler drove me to work, and I was completely sober, but I just threw up everywhere because I was so nervous.” shares Horgan. “And when I released the EP, normally that should be a celebration day, and it was funny that the EP was called what it was – but that still made me feel so scared.”

“It was like a floodgate moment, I just needed to rip the bandaid off and just dive in.”

“Me and Tommy get on so well, he’s really fun to play with and it was just so easy and so chilled. And then,” Horgan pauses, laughing, “Joey joining the band is so funny, I didn’t really want anyone else in the band, I just wanted it to be me. Then all of a sudden there’s Tommy, and we’ve got a drum kit. And then Joey, he’d always be in the pub I work at and he’d be like: “I’m gonna join your band”, and I needed a bass player.”

With appearances lined up already in 2023 for The Bennies in the Netherlands, the Czech Republic, and New Zealand (amongst a bunch of unannounced adventures up ahead), Horgan certainly has a packed creative schedule on the go beyond the ANTY! EP launch – and you can bet the good times will be flowing when Horgan, Tommy Creeper and Joey McGahey take the stage at Vinnies Dive and finally christen Human Enough to Make Mistakes in front of  alive audience.

“The music’s pretty fucking niche in some ways,” muses Horgan about the ANTY! creative DNA. “Who would’ve thought a ska/hip hop thing would really work at all?! And it’s probably not music that people would always listen to. But we’re good at involving a crowd, and it’s a pretty harmless, fun show, you know?”.

“I don’t really see how people can’t have a little bit of a boogie. We haven’t played any of the new songs off the EP yet, and the lineup is so good for the launch, it’s going to be an awesome time!”.

Human Enough to Make Mistakes is out now. 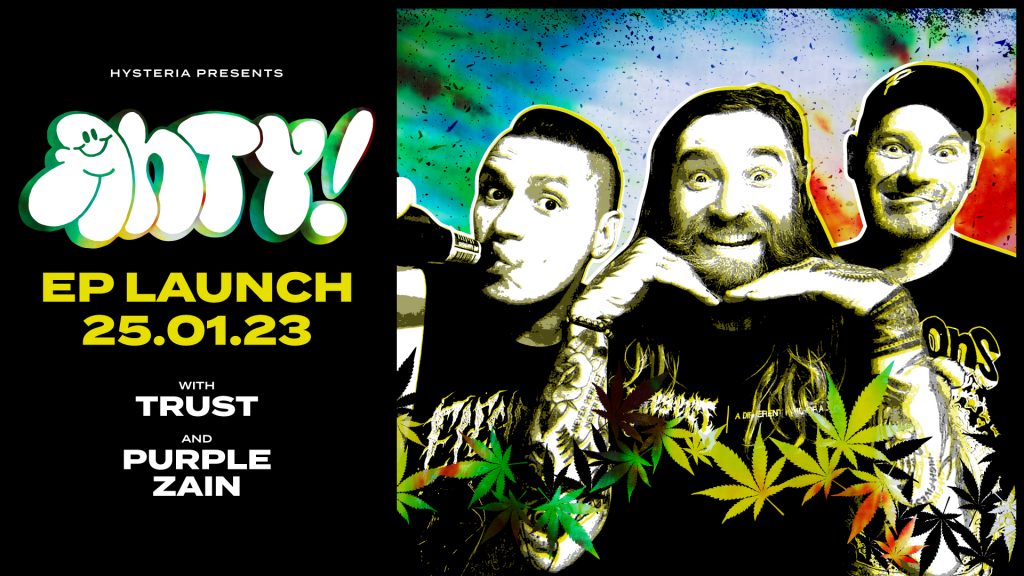