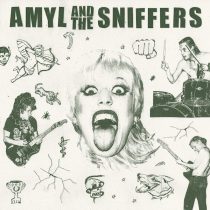 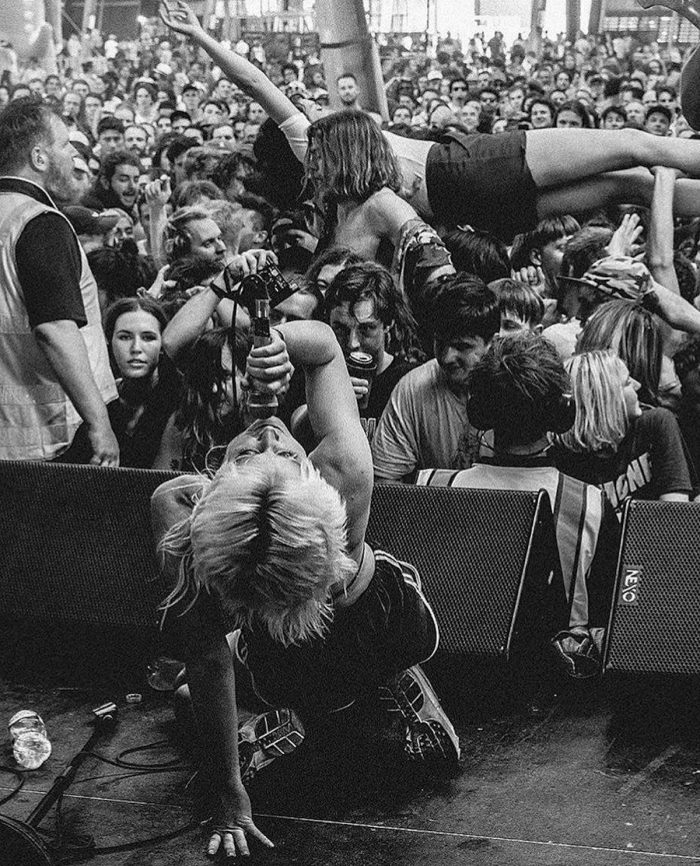 Other than playing shows, what did Amyl And The Sniffers spend their summer holidays doing? Quite obviously, they were creating an album that’s proving to be above and beyond anything that they’ve released before.

The first track Star Fire 500 opens in a belabour of guitar riffs reminiscent of Angus Young and with a rollicking rhythm section comparative to that of Mötley Crüe. Front-woman Amy Taylor charges the rocking choruses with distorted vocals and her signature fuck-you tone. You can tell by the album’s first chorus that this Melbourne quartet are making their mark on punk history.

Drink from their Cup of Destiny with thunderous melodies and screaming vocal moans that’ll have you amping up for their next gig in waves of anticipation as the following track GFY gets you muttering along to the chants of “Go fuck yourself!” If you’re still living with your folks, maybe do them a favour by turning that one down a notch.

You can tell by the album’s first chorus that this Melbourne quartet are making their mark on punk history.

A change of direction comes in the way of an Angel. As Taylor’s emotion emerges from Declan Martens guitar solo’s, bassist Gus Romer plays a musical game of snakes and ladders with drummer Bryce Wilson that amplifies the melody within this belabour track.

An initially surf-rock vibe flows through on Monsoon Rock that takes us on an excursion through bad weather and gallivanting choruses, with the verses charged by Romer’s deep bass grooves and Wilson’s crashing cymbals.

Punisha is one helluva track, that, in 104 seconds manages to showcase a drum solo, a guitar solo and an upheaval of amplification that lets you know that these hellcats know their shit. Following on with a melodic anthem that can be found in Shake Ya, the choruses will have you feeling as energised as if you were at one of their live shows. A stampeding intro to the closing track, Some Mutts (Can’t Be Muzzled), will have you wooing through the verses and aahing through the choruses that electrify the cosmic effects.

Taylor’s vocals within this album have her sounding like she could actually kick a truck driver’s ass and the inducing melodies that the boys provide ensure that she could. Throughout, we’re given a mesmerising showcase of their dichotic mix of classic rock n roll and modern punk rock through songs that’ll have crowds begging for more.