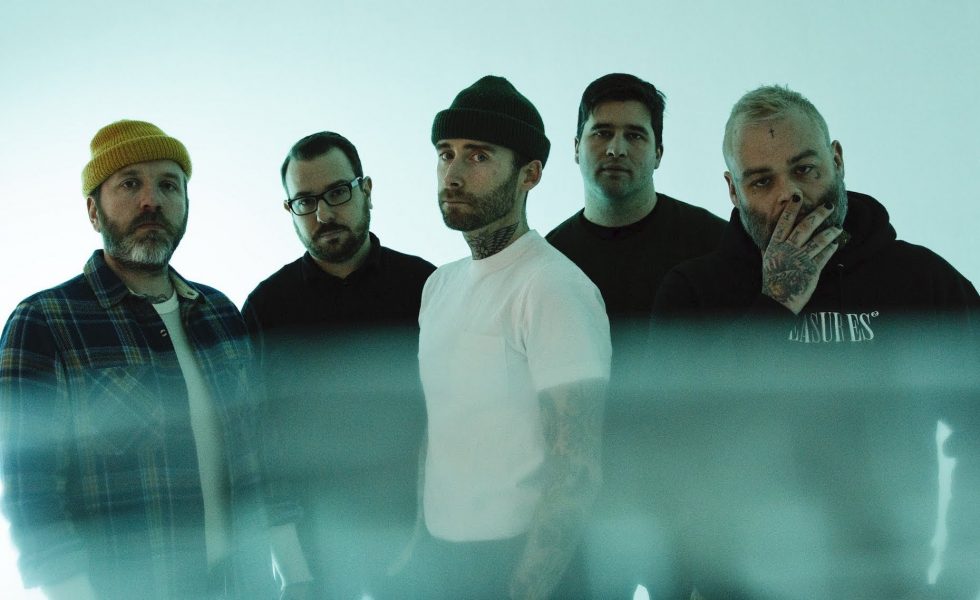 Jan 16, 2020 / WORDS Karl May / The result is a sleepy, hypnotic song that burns with a quieter sort of emotion than the usual Alexisonfire output

Canadian legends Alexisonfire (pronounced “Alexisonfire”) are returning to the fold with new song Season Of The Flood in the lead-up to the release of a limited 10” vinyl, available now for pre-order.

Coming on the back of Familiar Drugs and Complicit in 2019, this new track brings us closer to their new release and on this song the band were keen to stretch their wings.

“I’m very proud of this new song,” says vocalist George Pettit, “There were some first time attempts for us and we all really came together in the studio to make this song what it is. This was also my first time singing with (co-vocalist) Dallas (Green) on a song. I know I’ve been playing in a band with Dal for almost 20 years, but damn, that guy’s voice could melt an angel.”

The result is a sleepy, hypnotic song that burns with a quieter sort of emotion than the usual Alexisonfire output, and the growth over the last two decades from screaming teenage psychos to this mature band is a marked change.

Produced by Dallas Green’s late City and Colour engineer/collaborator, Karl “Horse” Bareham, before his tragic death in 2019 (an incident many Brisbanites will recall thanks in no small part to Green’s heart-wrenching performance standing beneath the image of a lone horse at the Riverstage just days later), the limited-pressing vinyl release will serve as a very personal tribute to their long-time friend and conspirator. Available for pre-order, the release comes in single-sided black vinyl with a laser-etched B-side. There will also be an extremely limited white variant slipped randomly into the batches, so buyers could simply luck into an extra-special edition of this very special release.

Season Of The Flood is available for pre-order from the band’s website theonlybandever.com