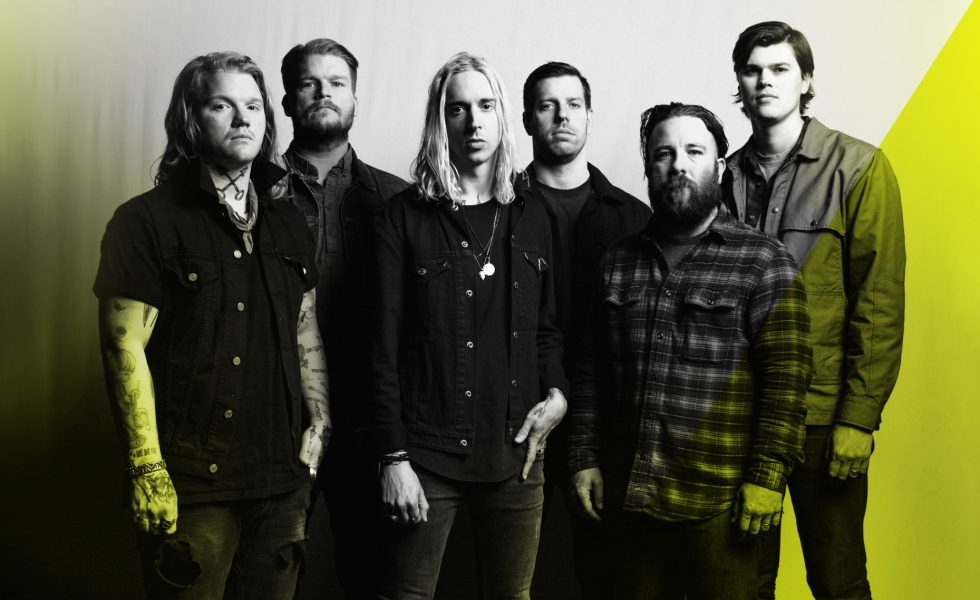 UNDEROATH // Soul Remover — Behind ‘Erase Me’

If the world was a vampire in Billy Corgan’s time, our Mother Earth by now has bled us white. When you slip Erase Me on to your turntable or CD deck (and God forbid you listen to it any other way), you’ll hear Underoath screaming up from the void. Erase Me isn’t a request. It demands purging your memory of the old Underoath.

“You can hear this darkness in the record because I wrote the record,” Spencer Chamberlain says from his Florida home. “I wrote those songs about everything that I went through between basically the last day of Underoath until the recording process. I wrote over 30 songs for that record.”

Underoath broke up, but a piece of it lived on in each and every member. Spencer’s own Sleepwave project tinkered with gothic tones and moods, a revival of the mid-90s darkened spirit; Depeche Mode, Deftones, the Smashing Pumpkins. Was it an exploration of “new/old” influences, or just how things happened?

“I would say it’s both,” says electronics guy Chris, only a few clicks away. “In the time that we had off was doing a lot of writing and different electronic projects and stuff. And so I came to the table with a lot. I had a lot of ideas that didn’t have anywhere to go. With me being an electronics guy they were all electronic.

“But at the same time everyone was really wanting to, you know, lean into that as well. Lean into the electronics side that we’ve always had, but hadn’t always been that involved I guess. Which for me is cool, because I’m that guy. I was really excited about that.”

There are suicidal subjects in there, tonnes of battles with yourself. Regardless of all the drugs, it was what I was going through. You can hear it on the record, and it’s all in there. [This is] my breakup record with drugs.
[SPENCER]

Underoath isn’t into writing moody and complicated songs, Spencer says. “You won’t believe when I say that it’s poppier than We’re Only Chasing Safety, but it’s the opposite. It’s so dark, that it’s not… Chasing Safety to me is pop in a cheesy way. They were pop in an immature way, because we were. We were like eighteen when we wrote that.

“And this is, to me, even poppier but in the darkest way. In the way that Deftones is pop, in the way that Radiohead is pop. Nirvana or Alice in Chains was pop. We call those songs pop songs, but they’re not happy.”

The unknown yet perfect element was the return of Aaron Gillespie, OG clean vocalist and drummer. He’d been cut before the sessions of 2010’s Ø (Disambiguation.) It was a true reunion.

“It was great, you know,” Chris says, “he’s grown a lot. He hasn’t been in the band for a really long time. Back before he left, he had some issues that he was working through which was affecting all of our relationship and the way we were relating to him. It wasn’t good. Overall, his coming back was just a big breath of fresh air. He came back with a renewed mindset and we went into our relationship with a renewed mindset. Literally and figuratively having his voice again in the studio was super refreshing.”

The darkness in the songs is history come alive, dealing with Spencer’s spiral into drugs and uncontrol.

“During this process of Underoath breaking up and my darkest years, the drug use became harder and the drinking became more,” Spencer says. “The identity crisis … I was writing from a really dark place, and for the first time ever I recorded vocals … For the first time since They’re Only Chasing Safety, clean. I got sober for the recording process. Well, aside from some glasses of wine. But by sober I mean in a complete different way. It helped me realise there was a lot of drug use in my life, and a lot of heavy drug use in my life, for a very long time.”

With every high there is the inevitable comedown. And this is where Erase Me lands; in that unbearable valley of emotion.

“If you’ve heard the record you’ve heard how dark it is … There are suicidal subjects in there, tonnes of battles with yourself. Regardless of all the drugs, it was what I was going through. You can hear it on the record, and it’s all in there. [This is] my break up record with drugs.

“For the first time in my life since it started, I’d gotten to walk away from it and live through it and have this story to tell. And that’s what the whole record is about. You get this big sense of a wake-up call.”

Erase Me is out 6th April on Fearless Records.