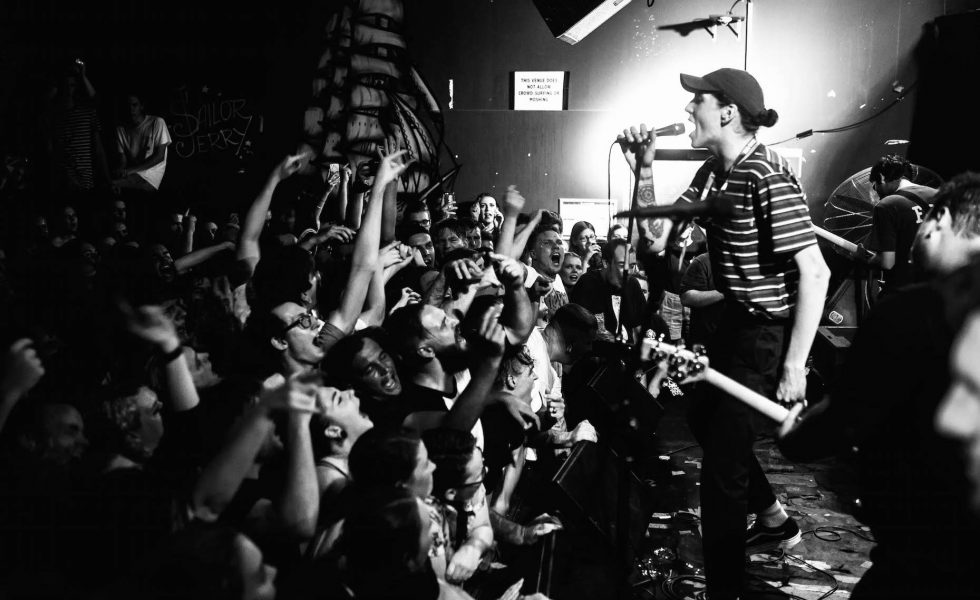 Fresh off their last tour, Trophy Eyes are getting ready to release LP3.

After the success of their last album, Chemical Miracle, in 2016 the Newcastle boys are hard at work once again. John Floreani, Trophy Eyes Frontman, has shared on Instagram that he was writing new material poolside in Singapore, in March. In preparation of this release, here are ten of their songs we want to see remain in their setlist.


With their newest album release came one hell of a single: Chlorine. This single reached #101 in Triple J’s Hottest 200. Even so, it claimed number one in the hearts of every self-respecting hardcore fan. The song that forces entire crowds to sing louder than John, and always a great end to their energetic live shows.

A mesmerising, slow-paced singalong from Chemical Miracle, Daydreamer is something special. with elements of trance and indie-rock, the song is a departure from their other work. The song is all about loneliness and depression, and being apart from your family, which I’m sure we can all relate to, in some way.

MY NAME ON PAPER:

This is one of Trophy Eyes most dynamic and spirited songs. This banger is all about John’s anger after the loss of his Grandma to Alzheimer’s. A very difficult theme. This always get’s the blood flowing at their shows, and a good way to warm up the crowd.

Another heavy banger from the Newcastle hardcore rockers, that keeps the crowd moving. This song is about John’s mother, his regret for the way he was as a teenager. It discusses themes of regret and understanding, something that everyone can relate to.

The opening riff to this song is legendary, and leads into something special. Counting Sheep, another well crafted masterpiece from Chemical Miracle is sensational live. That epic surge of a riff at the chorus always makes for a full-on show, and John’s awesome vocal work backs that up well.

A bit of a diamond in the rough, Trophy Eyes’ 2015 release Tired Hearts never appeared on an album and we can’t figure out why. This minute-long Hardcore classic uses old school influences to make a high-octane banger as it opens with the china cymbal, you know somethings about to go down when it kicks off.

The second single from Chemical Miracle, Heaven Sent, is an emotional roller-coaster full of sorrow and regret. These seem to be pretty common in Trophy Eyes music and make for some of their best work. This song starts indie rock, and builds to classic Trophy Eyes, in all their Hardcore glory.

Hurt is Trophy Eyes newest single, and shows a different side to their music. Fusing indie-rock and hardcore, Hurt creates something different, but still Trophy Eyes’ iconic sound. The song uses themes of depression and loneliness to create a beautifully dark piece.

A crowd favorite for every show, Nosebleed is classic hardcore. The song sees John write about his father and more specifically his father’s treatment of him. With a great, surging chorus this is one to learn, as you will be shouting your lungs out when it plays.

Once again writing about his father, this time in regards to the abuse his brother got from him. This supercharged song is full of anger and energy, as any good hardcore song should be.


With classic hits like this, we cannot wait to see what Trophy Eyes has to show us in LP3.