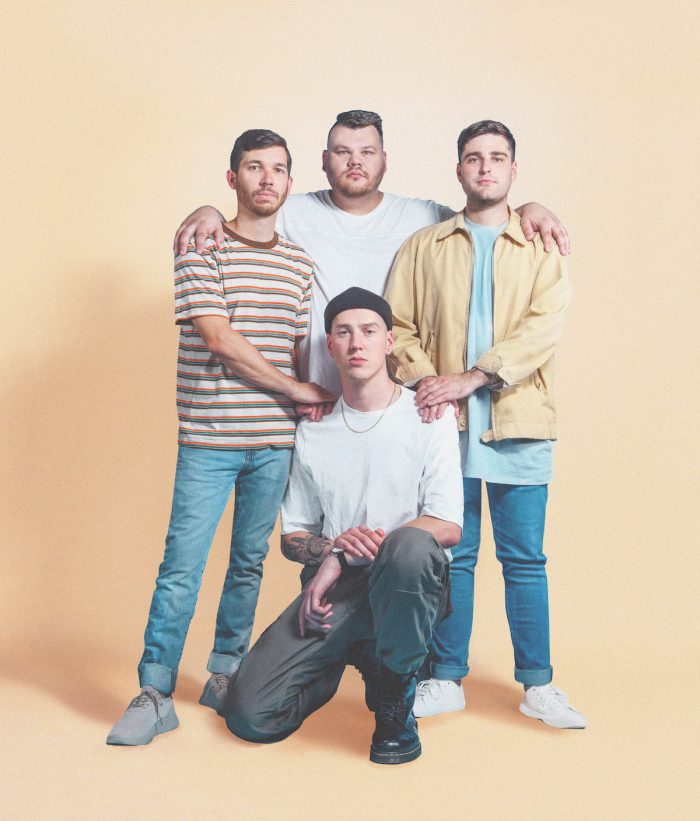 Trophy Eyes surprised fans at last weekend’s Unify Gathering at Tarwin Lower, VIC, with a special premiere of the new track, which was closely followed by a reveal on triple J on Tuesday.

Hailing from Newcastle, NSW, Trophy Eyes are revered for their blend of punk and hardcore with hook-worthy lyrics that pick up on the best of rock and pop sensibilities. This new offering is a sensational addition to the band’s already noted discography.

Lead singer, John Floreni, has said of Figure Eight’s themes, “Figure Eight is about time lost. It is the sound of a broken heart, the deafening silence of a couple once in love, and a fleeting dream told from two perspectives—one is of failure and the other of resentment.

“The song is about a man who had given himself entirely, still desperately grasping at straws of success and a woman left to pick up the pieces of the reality.”

Heavy stuff. Figure Eight comes ahead of Trophy Eyes first tour of the year under the same name. In just under a month the band will hit up three major cities to perform the new single as well as, of course, hits like You Can Count On Me, Heaven Sent and more.

Figure Eight is out now to stream or purchase via all your usual listening platforms, found here.