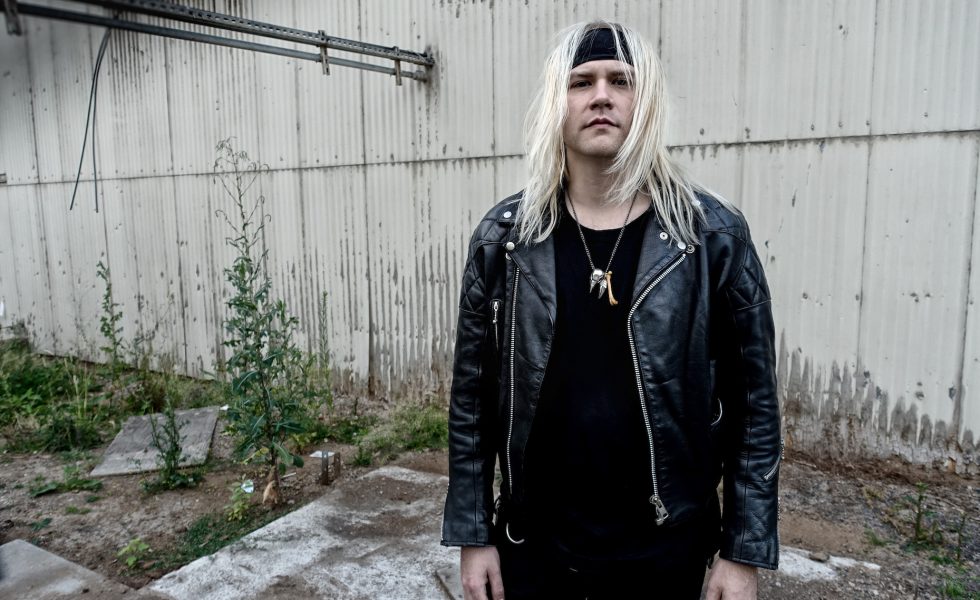 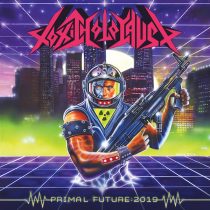 Following 2013’s Chemistry of Consciousness, the grim futuristic concept of a technological wasteland is biting and played out in what can only be described as gloriously old school Toxic Holocaust sound, with a strong shot of the grimy and dark sentiments of first-wave black metal.

The return-to-roots approach is evident from the opening track, the single Chemical Warlords. Laced with Venom-esque old school properties, the album concept of a technological dystopian future is launched mercilessly from the outset. Following with the high energy of Black Out The Code, we are reminded that Grind can deliver biting lyrics and screaming solos, and develop songs that musically build up through varying phases.

Primal Future: 2019 is a ripper Toxic Holocaust album, with no pretences and no shiny polish: this is tangible, conceptually well formed and the onslaught tears in from start to finish.

There’s also plenty of short and sweet, speed-metal inspired thrashy gems in here, such as New World Beyond, the unrelenting quick-fire of Deafened By The Roar, and Iron Cage, possibly the angriest track on Primal Future: 2019. An anti-religion theme comes through on the lyrically intense track Controlled By Fear. Perhaps this is why the following track Aftermath feels like it has an early-Possessed influence. Maybe it’s the bolder bass sound, maybe it’s the essence of evil in the vocals. Nevertheless, Aftermath is a tough as hell track. The song at the centrepiece of the dystopian future theme is Primal Future, and it’s a little bit different, with a desolate vista opening an eerie and sombre vibe before kicking into a rocking mid-pace riff, invoking the hint of a late-80s Bathory influence.

Closing with a bit of a plot-thickener in Cybernetic Warfare, Primal Future: 2019 culminates in a curiously rich-toned almost-melodic epic number as a parting gift. The bedrock form of nuts-and-bolts thrash metal, however never leaves Primal Future: 2019, even if it twists and bends into various hybrids at Grind’s behest throughout the album. Primal Future: 2019 is a ripper Toxic Holocaust album, with no pretences and no shiny polish: this is tangible, conceptually well formed and the onslaught tears in from start to finish.