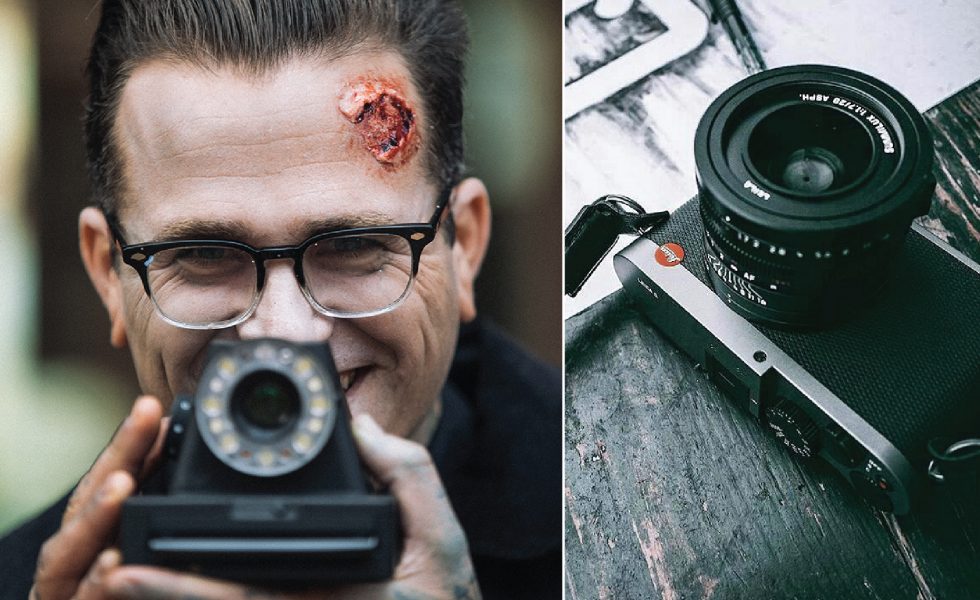 Today The Amity Affliction vocalist Joel Birch put a call out on his personal Facebook page in regards to an ethical dilemma.

For those unaware, the singer is interested in photography (releasing his first photo book Prelude last year) and often promotes his work through his personal social media. Birch is currently asking for opinions on whether crowdfunding to purchase a Leica Q camera, which we estimate around A$6,000. The post states:

“Hello, hello. I have a question I really need your help with, it’s about crowd funding. There is a camera I want – but can’t afford – and for over six months I have been having an internal argument about whether or not it is ok for me to crowd fund a purchase. IF (and it is a MASSIVE if) I chose to do it, it would be in exchange for goods, not just ‘give me a dollar’ etc etc but what I want to know is: is this ethical for me in my position? Is it an abuse of stature? I’m quite torn, so please, let me know your thoughts, open a discussion about it and help me out. XO”

Comments on the issue are divided, with many lending their support based solely on the band’s assistance with their own struggles.

The other side say that Birch should toughen up, save and do “what everyone else does” when they want something.

If Birch were to simply ask for donations, or to pull a Prepared Like A Bride crowdfund debacle and request fans to pay for something they pretty much already receive, then this would be case closed.

But this is a separate issue. This is an artist making a personal purchase and requesting fans to help him achieve it. Interestingly enough, Birch states that his household is “below the average Australian household income.” This all sounds incredibly similar to CJ McMahon, who had to defend his comments about his annual income (“I/we have earned between $16k-$18k each over 6-7 years”) after his departure from Thy Art Is Murder. The Amity Affliction is one of Australia’s most successful alternative acts that regularly tours internationally. They’re a larger act than Thy Art with a broader mainstream appeal so it’s understandable that people may jump on Birch for attempting to fund a passion project with extra proceeds. We don’t know their income, but it’s safe to say that it’s not likely they’re losing significant amounts on touring at this stage in their career.

However, in this specific circumstance, Birch has a young child and it’s likely that passion projects are set to fall by the wayside especially with monetary concerns. If it’s not donations and rather in exchange for unique items or opportunities such as signed photos, personalised lyric sheets, a recorded message etc. then is there really a problem with artists asking fans to contribute to their passion projects? Even a collaborative session with young artists, fans going deeper into photo techniques or hearing in-depth stories alongside their favourite shots or songs is fair game for a fair price. As long as the prices are comparable to the value of the service and not insanely priced because the artist wants more and is capitalising on their position, then that’s more than acceptable.

The possibilities are endless, and with feedback from fans about the pricing, then it’s a non-exploitative relationship between artist and fan that only the modern age can bring. It’s not exploitation if fans are receiving something they normally wouldn’t in exchange for their hard earned. We touched on this with our recent piece on Suicide Silence, who had the gall to request fans work for them in exchange for being a ‘roadie’ for a day. In it we cited All Time Low and Sepultura’s ‘meet and greet’ packages as “examples of how to offer an experience for fans that they won’t receive anywhere else, without taking advantage of their devotion to the band.”

This is no different. If Birch were to request a basic or outlandish purchase that only he would derive enjoyment from, such as a new BMW or iPhone X, then this would be an entirely different article. However, the singer has over 86.5k followers on Instagram where he often shares his photography work to the enjoyment of fans.

Promising future shots to be uploaded is also another avenue that the artist can offer to their followers. Some fans of The Amity Affliction identify strongly with Birch’s lyrics and as an individual, so there are a number of people out there who would be more than happy to assist him in reaching his goal. It’s not up to us in commentary or even Birch himself to determine the final value of rewards, but opening up the conversation to fans on what they deem acceptable and unacceptable is a positive step.

If they tell him to fuck off, well, at least he asked.