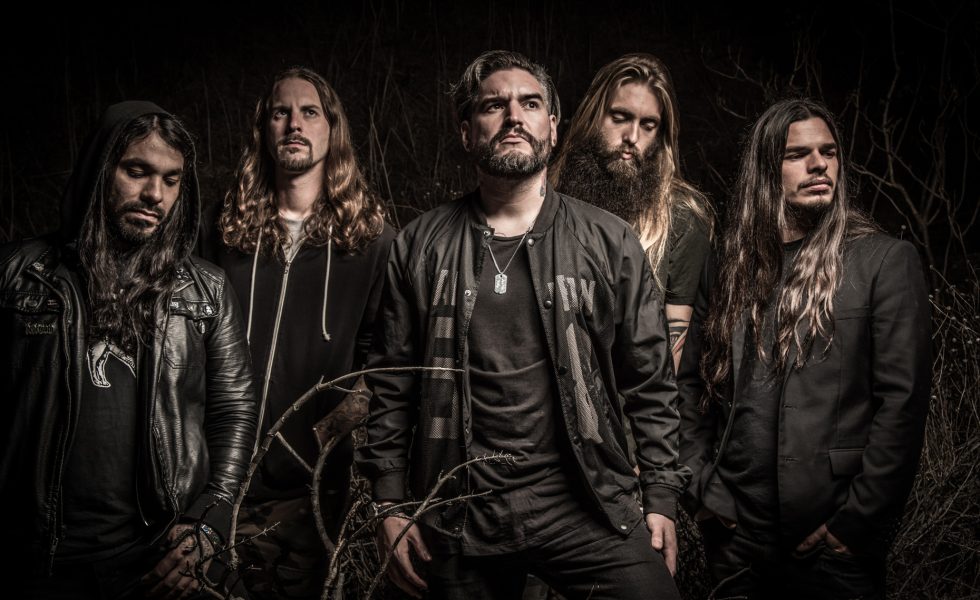 HARD NOISE: SUICIDE SILENCE // Picking Apart Their Pay To Be A ‘Roadie’ Package

Because they’re making their best damn effort in making 2017 the year to tank them, Suicide Silence fans now have the opportunity to pay to work for them.

The band now offer the most dedicated of fans the role of ‘roadie’ for them on their current US tour. The bundle, totalling $150 USD (approx 196 AUD at time of publishing) gives fans the following for their choice of show: 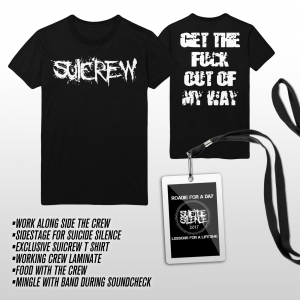 Most of these are pretty standard ‘meet and greet’ options. Standing side of stage is a fun novelty, and the exclusive laminate plus T-shirt are all understandable. It’s the “work along side the crew” factor that has a number of people up in arms. Rightfully so, as this seems to breach the boundary between ‘unique opportunity’ and ‘exploiting fans’. According to Fair Work Australia’s website, “an employer can’t ask a prospective employee to pay money just to receive a job offer.”

It’s arguable that fans who purchase the bundle are unlikely to be doing too much strenuous work (can you imagine the lawsuits if they break a guitar or themselves?) but this is still a concerning precedent. “Mingling with the band during soundcheck” is also a vague offer: they have a job to do, and it’s unlikely that fans will get quality time with the band while the sound desk yells at them to sort their gear out. Plus “a pre-show meal with the crew” isn’t too much of a selling point: if you’re interested in finding potential career connections, then sure. But for the average super fan a bulk catered meal and awkward conversation with people who get paid to do what they just paid for isn’t exactly a highlight.

With seven spots open on each show, it also means that fans who choose this option aren’t the only ones to receive the opportunity. Six other people are all vying to ask questions and ‘work’, so it’s not even an exclusive for one lucky fan. According to Popbuzz, this is one of the more expensive ‘meet and greet’ opportunities too. For the same price in 2016, fans could enjoy an aftershow pizza party with All Time Low free from any pressing work commitments and with an actual opportunity to ‘hang out’ with the band. Even the upcoming Sepultura tour in Australia is cheaper: for $180 AUD, fans receive a ticket to the show ($80 in its own right), a meet and greet, plus photo, two signed items, a limited edition poster, VIP laminate and priority access to the venue. These are both examples of how to offer an experience for fans that they won’t receive anywhere else, without taking advantage of their devotion to the band.

Suicide Silence have been playing around with notoriety lately so it’s possible this is both a cash grab and a publicity stunt. As guitarist Mark Heylmun states in an interview earlier this year about their new record: “It’s cool if you want to fucking hate us because we did something you don’t approve of, but then who the fuck is the idiot at that point?” This kind of attitude seems admirable from a ‘do what you want and fuck the rest’ perspective, but when it’s directed at fans they deem worthy enough to pay to work for them, it’s a giant middle finger. With all the discussion about figures in the music industry taking advantage of their positions as role models lately, this leaves a bad taste in the mouth. It remains to be seen what these bundles actually entail, and there’s the entire possibility that ‘working’ with the crew is just an excuse to hear tour stories and hang out. That being said, the lack of self awareness shown by the use of the word “work along side” rather than “help out the crew” leads us to believe that Suicide Silence have become even further out of touch than previously thought.