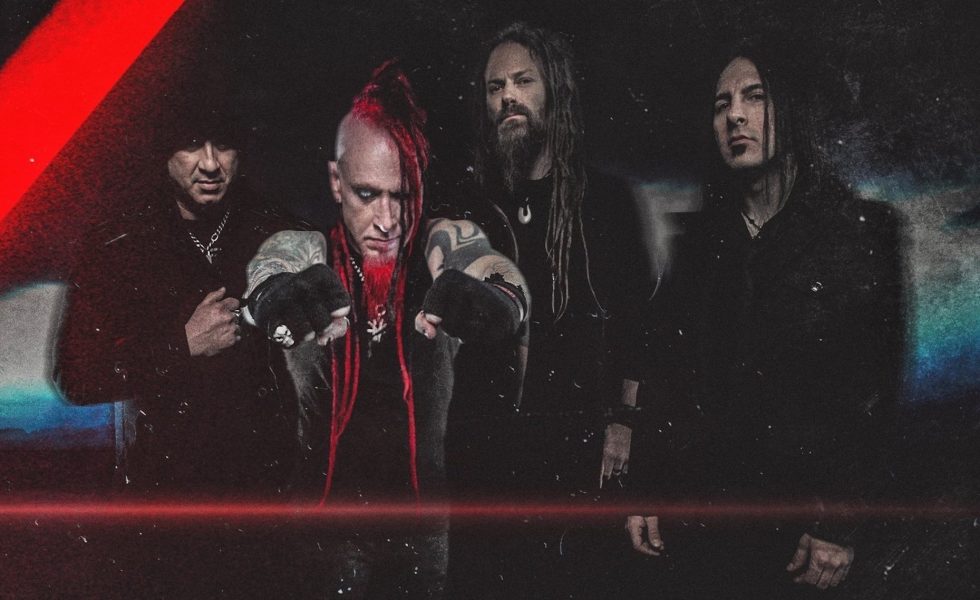 Welcome Home will always stand as the album that marked one of the darkest times for American metal band Hellyeah.

The creation of Welcome Home, their sixth studio album, spanned the tragic, untimely death of legendary drummer Vinnie Paul Abbott. With the drum tracks and most of the songs complete, it was the difficult task of vocalist Chad Gray to continue writing and recording in the wake of this personal tragedy.

“… I just finished Boy, and fifteen minutes later I got the call”, Gray says of the harrowing moment, “I just finished tracking that song and me and Kevin [Churko, producer] were sitting there waiting for a ride from the studio, I was going to go eat dinner, and so while I was waiting for the ride, I was putting songs up for what I was going to do next … Boy is a pretty heavy song, so I was going to do something a bit more mellow. I like to switch it up. For the most part the tracks were done … and it was just me working on them, trying to catch back up. So fifteen minutes after I finished Boy, I was sitting there putting tracks up, listing what I wanted to do next, and that’s when I got the call that he had passed.”

That man and his brother, Dime, they taught me how to be a better human being. They really did.
[ Chad Gray ]

This was understandably a trialling time for Gray, for Vinnie Paul was so much more than just a bandmate. “I mean, it’s brutal, it’s tragic,” he says, “I mean, the hardest part about it was, you know, I think within fifteen minutes of me getting the news, obviously I was devastated because I just found out I lost my brother and bandmate, and then it kind of sunk into me, you know, that I’d lost a hero. I’d listened to Pantera since I was seventeen years old. I first saw them play when I was seventeen. It was me and some friends of mine and they were still touring Cowboys From Hell … I’ve told this to people before: the love, the condolences, the genuine everything coming in from all of the fans, all over the world, to us … my condolences are going right back out to them. Because I was the same person. It was tough to wrap your head around, more collectively as a metal community and a metal family. It wasn’t just an individual loss. He was so loving and so sweet and so caring and so genuine and so humble. That man and his brother, Dime, they taught me how to be a better human being. They really did.”

Music certainly is a catharsis, and in particular the track Skyy and Water seems to have been a very soul-searching song to write. On the journey of writing this heartfelt tribute, Gray reflects, “After his services the band went home, and I then went home for four days, but I had to go back to the studio. So I was in there alone with Kevin, writing, and it was fucking hard. I think after about three weeks or so the guys came back out to do some overdubs, add little parts, things like that, records are never ‘done’ you know, so they came back out and when they were out there, and we kind of just sat in a room, and I was just like you know, it would be really cool if we wrote a song for Vinnie. Something specifically for him, give him something back, for all the things he did for us.”

It’s not just about Hellyeah, all metal bands share the same thing, music isn’t a competition, nobody wins a gold medal.
[ Chad Gray ]

So, why is the word ‘sky’ spelled so? “Vinnie’s favourite drink was Skyy Vodka and water,” Gray explains, “Skyy Vodka on ice with water, that’s what he drank. We thought that would be a cool name for the title, Skyy and Water, something that represented him, a little tongue-in-cheek, but still serious and stuff. And it’s not about me to sit around and write a song about a drink. Then the chorus … I used to do like, back in my Mudvayne days, were whacky, I used to do theology study and shit like that. In theology, there is the thinnest thing you can imagine, called the firmament, and it’s literally the invisible line that separates the heavens from earth, or separates angels from us as humans. It’s the thinnest line you can imagine, almost an invisible line. I just pictured myself with those words, because we’d already named the song Skyy and Water, standing on a beach, and it came into my head, thinking about looking over the water and seeing where the sky and the ocean come together. At certain times of day, when the sun’s just right and the water’s just right, you can’t tell where one ends and the one begins. And that was the whole basis of the ‘sky and water’, and what I pictured the drink to be like, and turned into something a bit more heavy and real.”

“Because I do believe,” Gray continues, “as I sit here talking to you, that he is right next to me, he is as close to me as he can be without physically being able to touch me. I carry his spirit inside of me, I want to do the right things by people, I want to give til it hurts, like he did, I want to be humble, keep that humility and loyalty and love and I want to spread it around, do what I feel like he would want us to do, keep to Hellyeah’s path, our mantra and the things we echo all the time from the stage, is that we are a family. It’s not just about Hellyeah, all metal bands share the same thing, music isn’t a competition, nobody wins a gold medal. Music is art … We just want to do our part, keep his namesake alive, carry his torch, he was the best mentor we could ever have, to train us so to speak, through life, how to carry the torch for someone that was so tragically taken from us, and that was his brother. He loved his brother very much, as we all did, and we all used Hellyeah as a platform to support Dimebag’s legacy, you know, so that’s what we intend to do, not only for Vinnie and Dimebag, but for Layne Staley, for Jeff Hanneman, for Chris Cornell, for Chester Bennington, for Ronnie James Dio, for Lemmy, Paul Gray from Slipknot. Vinnie knew all of those people, and I knew most of them at one point in time or another. Loss is loss, this one was a little heavier because it was a little closer to home … but a lot of people are hurting from us losing those iconic people, so we just want to carry the torch not only for our boy, and those boys and their brothers…it’s to know that Vinnie is back with his brother. And I choose to believe that.”

Welcome Home is out now through Eleven Seven.