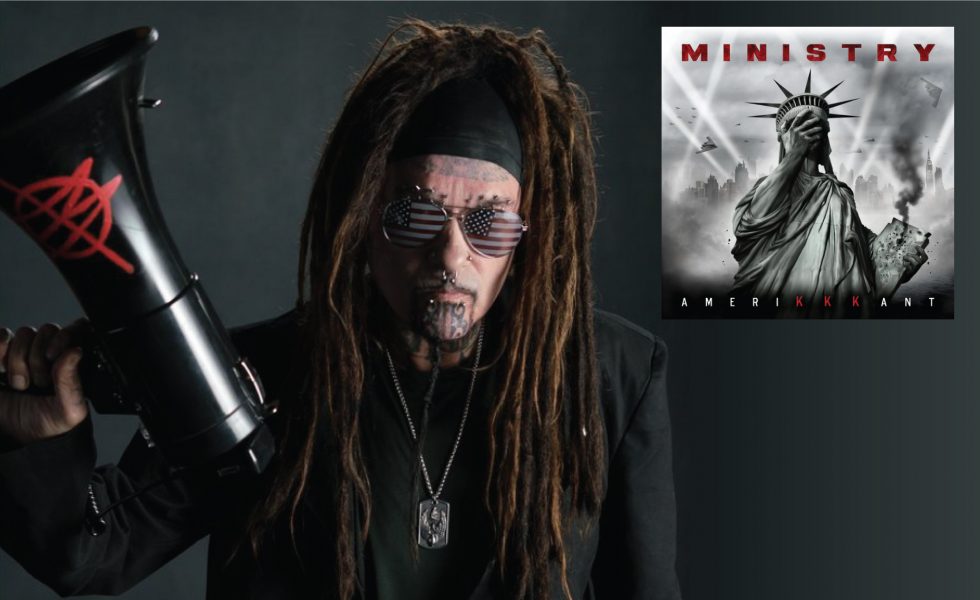 Wanna get down to politically influenced industrial metal? Chicago industrial rockers Ministry have announced a new album and dropped the first single.

The album, AmeriKKKant, is as you could probably guess, filled with anger and disdain for the American government with nine politically influenced tracks.

Their first offering off the new LP is Antifa, four minutes fifty-six seconds of bagging the US’ political chaos.

The album was produced by Al Jourgensen, recorded at Caribou Studios in Burbank, California and is set for release with Nuclear Blast Records, March 9th 2018.