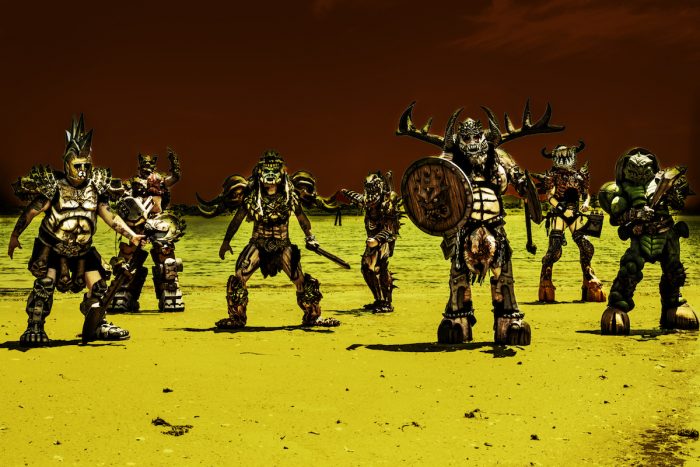 GWAR, the overlords of gore metal, our dark masters of death and destruction, have today announced their intention for carnage and chaos as they prepare to bring The Blood Of Gods Tour to Australia next year.


A live performance by the politically and socially satirical group is not to be missed, and often riles up gleeful controversy. When last in the country for Soundwave 2014, GWAR memorably partook in the dramatic beheading of an effigy of then Prime Minister Tony Abbott, who, to be fair, was doing a crumby job of running the country at the time. Many bathed in the (fake) blood of their false leader that day!

Screecher of song Blöthar The Berserker has proclaimed of GWAR’s invasion, “GWAR is coming to turn the Land of Dreams into your worst nightmare. Fire up the barby, we are going to eat Australia!”

And for this round of debauchery, GWAR have for the first time deemed Adelaide worthy to receive their sound!