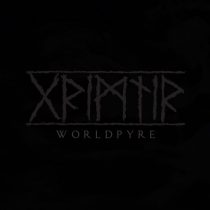 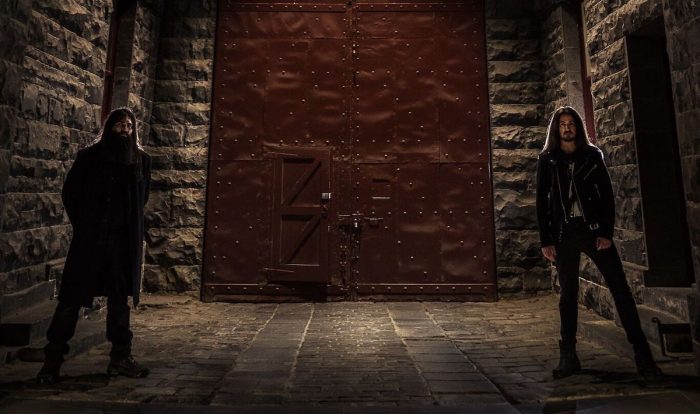 Grimnir embarked on a musically and conceptually ambitious task with Worldpyre, and have produced an impressive first release.

For their debut EP, Grimnir have offered but three tracks on Worldpyre, beginning with its majestic title track. Opening with a stellar guitar display from Ian Mather, Worldpyre gives way to a robust, tension-laden blackened death metal onslaught. The lacing of operatic vocals from Marianne Pierce with Matthias Askeland’s commendable guttural range lends Grimnir’s sound a dark and otherworldly essence that conveys the sense of narrative within Worldpyre’s concept.

Grimnir have offered a resoundingly well-crafted debut that harnesses the complexities of the black metal and melodic death metal hybrid to scaffold multiple emotions and images.

The three tracks of Worldpyre are balanced out well across the EP, and despite the bookending tracks being relatively long, the instrumental interlude Wanderer ensures that there are no pacing issues with this EP; each moment is gripping, each note accounted for, and the depth of each track belies a level of compositional sophistication that is remarkable for such a debut. Although a much shorter instrumental track, the delicate guitars render Wanderer highly emotive, effective in its atmospheric depiction of a physical and psychological journey. Worldpyre culminates in Eveningskin, which is a compositional triumph in the turbulent confluence of styles within melodic blackened death metal. Despite running over ten minutes, this track slides seamlessly between several movements; its textures are immersive and enthralling. The inclusion of a profound spoken word piece laced with darkly shimmering guitar and solemn operatic melody underscores the conceptual weight that Worldpyre encompasses.

Grimnir have offered a resoundingly well-crafted debut that harnesses the complexities of the black metal and melodic death metal hybrid to scaffold multiple emotions and images. Worldpyre is primal and atmospheric, it dances with the fragility of the blackened sound yet it is also dense and richly toned; the layers with Worldpyre range from subtle darkness to bold rage, from tension to transcendence. Worldpyre is crafted as the intriguing genesis of a concept stream that is complex and advanced, ideally positioned to be continued into future Grimnir releases. This is a phenomenal debut EP that heralds immense potential, leaving one eager to hear what the debut full-length release will reveal.

STICK THIS NEXT TO: Night Crowned, Thulcandra, Grá