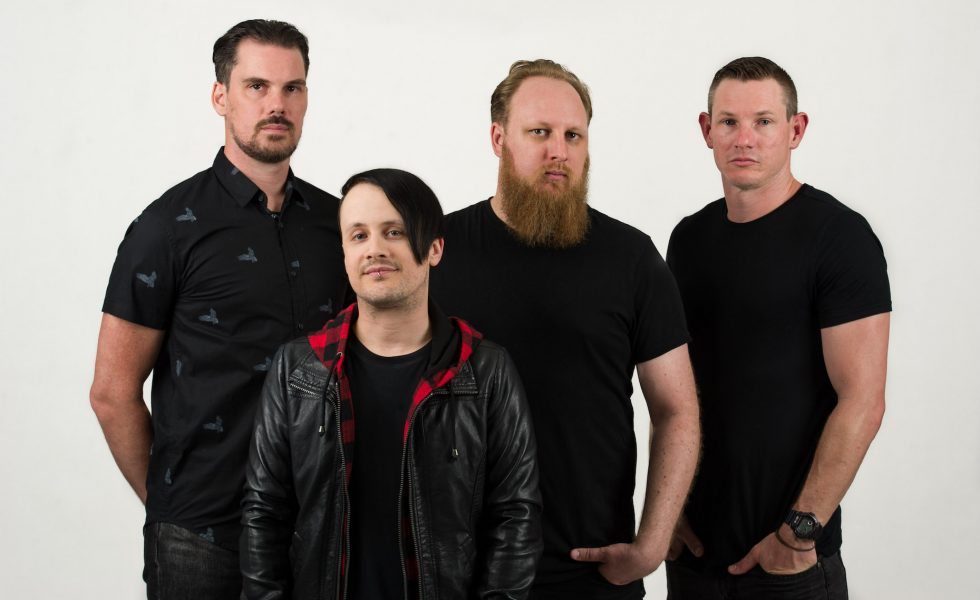 THESE FOUR WALLS // “That One Broke Me Like A Wild Horse!”

With many of us feeling like the walls were closing in on us over the past few years as the world caught continuously on fire, it would be easy to forgive any band or artist for not feeling the creative vibes as the industry and world collectively crumbled.

But for Gold Coast-via-Auckland rockers These Four Walls, the chance to be releasing new music and touring once more has jubilantly stoked the fire, catapulting the quartet into 2023 with a recent single Marigold and four upcoming shows that will also serve somewhat as a christening for their 2020 album This Is Not A Future post-pandemic.

“It’s been really awesome!” These Four Walls guitarist Gray Vickers recently shared with Hysteriamag.com about their latest single Marigold. “We didn’t hype it up too much or put up too much fanfare, we just kinda dropped it and the tour at the same time and it all received some really positive feedback! It’s a very different kind of track for us to release too, but it’s come about so organically and feels really great to play live.”

“I think it’s important to come back after such a long break of not releasing anything with something big and different,” Vickers continues. “It’s freaking wild that tickets have sold the way they have back home too – it’s been so long since we’ve been back, seeing the sold out banner go up over our home town show in such a short space of time has made us so excited to get back there.”

“I think more than anything this is our chance to tour our last record This is Not a Future. We released that right at the start of the pandemic and haven’t had a chance to go home since then, so aside from the singles we released prior to 2020, none of these songs have been heard live before there. While it’s definitely the Marigold Tour, it’s a celebration of all that’s happened in the last 2 years and all the music we have released in that time. I think 50% of the songs on This is Not a Future have never been played live before – so it’s really exciting to see how we can work all this new music into our set.”

There’s no bad ideas in brainstorming! Whatever we want to write, we throw into the mix. If it works, great … if it doesn’t – it’s gone!!!
[ Gray Vickers ]

Teaming up with longtime producer Luke Palmer to bring Marigold to life, with Gold Coast videographer Dyllon Cross also joining the quartet to conjure the single’s accompanying music video, These Four Walls have also been busy surrounding the track’s recent release, touring alongside Buckcherry and Fozzy in 2022 – and also, as Vickers reveals, exploring possibilities beyond the traditional album format (but fear not These Four Walls fans, that doesn’t mean there ain’t more music on the way).

“There are other songs ready to roll,” says Vickeres of the not-too-distant future plans for These Four Walls, “and hopefully we’ll get back into the studio and continue on with it. It’s tough to say what it all leads to. More and more, we’re seeing evidence that the album format isn’t necessarily the best way forward anymore, so we’re happy to experiment a bit and try to find the right balance with writing and releasing new music, as well as getting out and touring as much as we can.”

As a band, These Four Walls have previously wielded their soaring melodics, sharp riffs, and modern rock flavours alongside some of the genre’s most iconic names, including playing 10,000 seat arenas opening for Disturbed and Nickelback. And while the quartet have certainly established a well-oiled process when it comes to writing and bringing new tunes to life to fill their sets and continue to delight fans, there’s still, after releasing their first radio single Walk Away back in 2007, a capacity left to surprise, as Vickers enthuses while also sharing a fly-on-the-wall look into the band’s creative process.

“There’s no bad ideas in brainstorming! Whatever we want to write, we throw into the mix. If it works, great … if it doesn’t – it’s gone!!! We’ve got a pretty good system, we have a Dropbox that has a couple of different folders in it. All new ideas go into the first folder, and the ones we like get fleshed out in the practice space and moved to folder 2 for “full demoing”. Those demos go to Luke [Palmer], and the one’s he’s on board with are the ones we go to record. Everything else either gets archived, or are occasionally brought back from the dead.”

“This process takes anywhere between three months and eight years. Marigold was incredibly quick through this process. I think the longest we’ve spent getting a song from Folder 1 to Folder 2 would be for Strands on the new album. That one broke me like a wild horse!”

With their eyes firmly fixed on their upcoming tour, including a long-awaited visit home to New Zealand, These Four Walls are also eyeing off other musical delights, including ticking off an Aussie festival tour from the bucket list. But what exactly does this all mean for potential new music from the band as we venture further into 2023?

“Now, we like our secrets,” says Vickers, “but I will say that Marigold was one of two songs that were recorded during that week in July…”

Marigold is out now.

These Four Walls will tour Brisbane, Christchurch, Auckland and Caloundra in February. 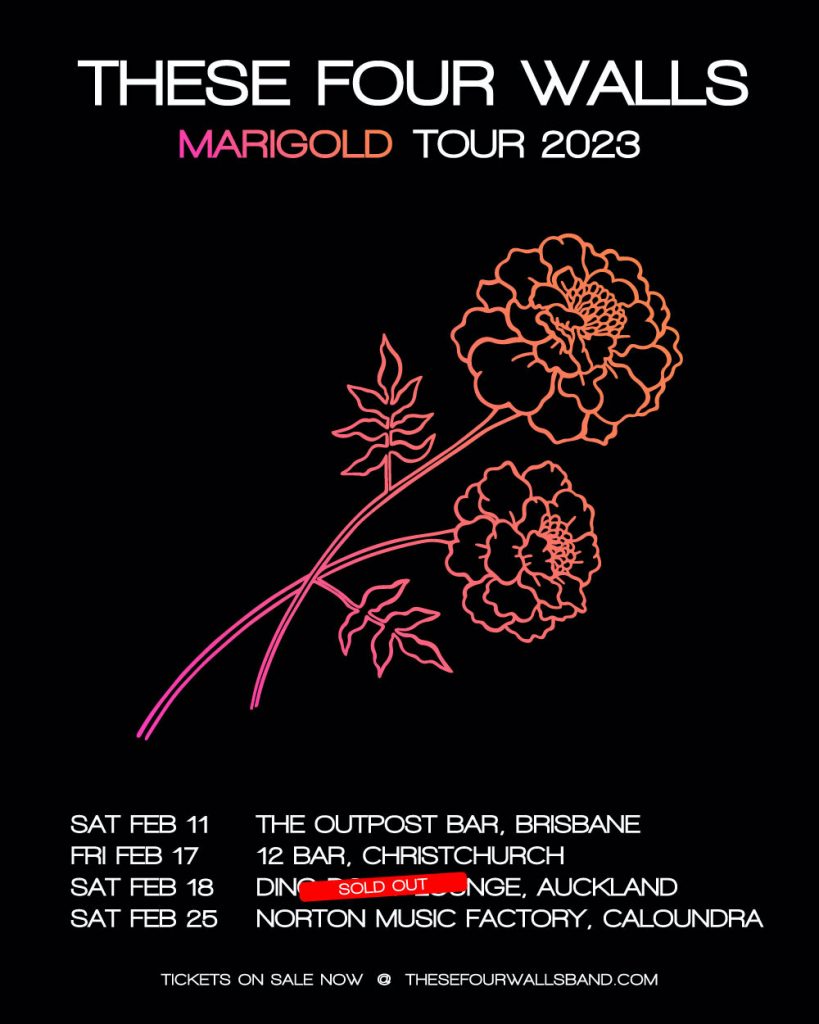