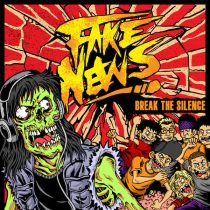 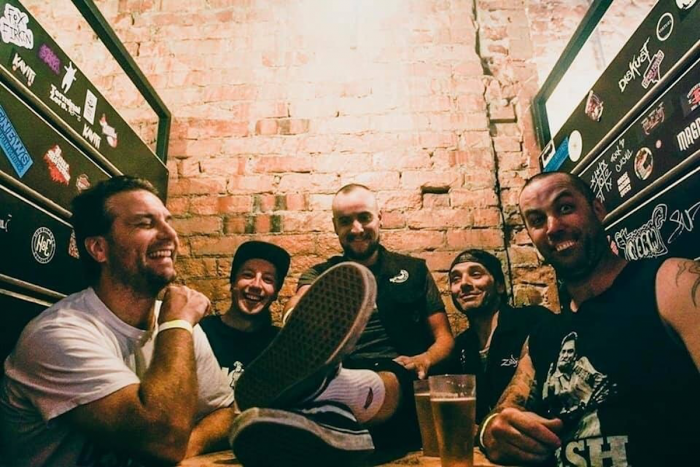 Gold Coast punks Fake News left no time to delay as they kicked off 2020 by launching straight into the new year with the release of Break the Silence; their four track EP that, in true punk nature, barely has more than ten minutes of airtime.

Opening the album by throwing us directly In the Grind Pit, the soaring guitars of Mick Braszell and Darren Crowen boast the songs melodic choruses while the thrashy drumming enhances the energy behind vocalist Benny Whiskey’s billowing lyrics that remind us that life is short.

Defeating Demons follows the stampeding rhythm section that fuels the track as bassist Nick Vanderkley rolls heavy riffs off of the strings, hollowing through the staggering drumbeats of James Scown, that open the airwaves for the guitar licks to enhance the songs progression.

Fake News have taken a modern approach to ‘90s punk with a can-do attitude and no time to delay with the release of Break the Silence.

An ode to the love of music and the therapy it offers Whiskey, Soundwave Injection takes more of a harmonious approach with the choruses reverberating hope and appreciation throughout the hammering tempo of the track. Bringing the EP to a thunderous close with Buried Alive, the track begins with an upheaving roar that dives straight into the weighted lyrics that can be heard throughout. As the guitars speed through the pounding rhythms, the track transcends a ‘90s skate-punk energy through the verses and into the suspenseful spiralling of the breakdown that closes the supercharged track.

With catchy guitar hooks and uplifting lyrics to be heard throughout the EP, Fake News have taken a modern approach to ‘90s punk with a can-do attitude and no time to delay with the release of Break the Silence.

STICK THIS NEXT TO: Blind Man Death Stare, Lagwagon, Strung Out.