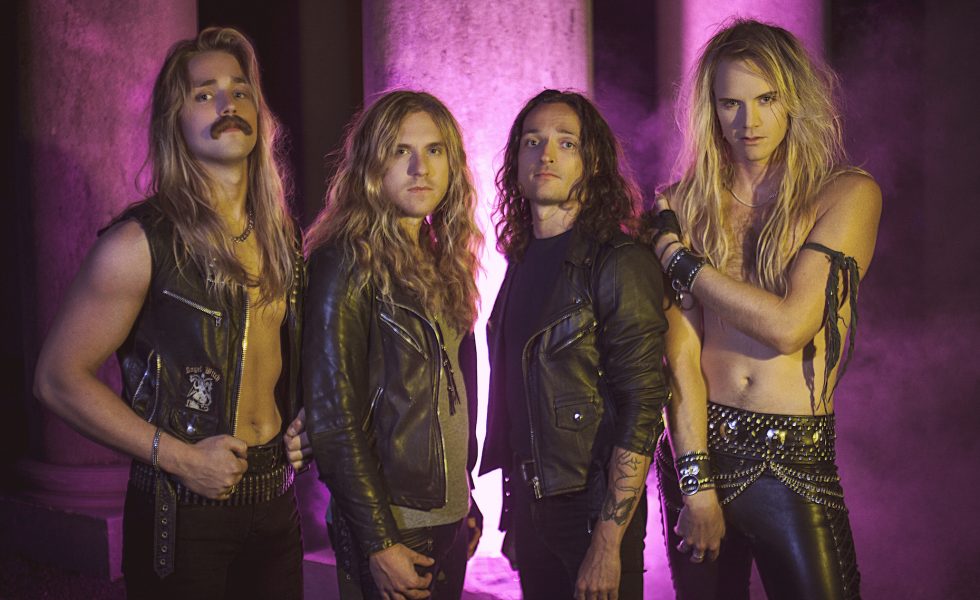 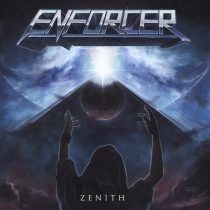 Whenever those older long-haired guys in faded, patch-adorned jackets and jeans older than you are start talking about “true metal” and “old school”, this is what they’re referring to.

Sweden’s Enforcer have been paying homage to the 1980s now for longer than that decade actually lasted and on album number five they are still refusing to make any apologies for it.

Zenith is 80’s style speed/trad metal all the way down to the flat production most second-tier also-rans boasted at the time. Back then it was because bands either couldn’t afford better or weren’t able to find a someone who could produce the sort of music they were making. These days, if you’re a band like Enforcer, you have to make it sound like this to be authentic.

Wailing vocals, screaming solos, corny lyrics, galloping riffs: this album has everything a fan of 80’s metal could ask for.

Enforcer is authentic to a fault. Wailing vocals, screaming solos, corny lyrics, galloping riffs: this album has everything a fan of 80’s metal could ask for. It’s completely unoriginal, drawing heavily from the band’s deep well of influences that obviously include everyone from Anvil and Raven to Crimson Glory and Judas Priest, but Enforcer do it all pretty well. On tracks like opener Die for the Devil and Sail On, they sound remarkably like the Scorpions; elsewhere they go for a more epic storm-the-walls metal approach or the straight-down-the-line speed and shred of Thunder and Hell. One Thousand Years of Darkness changes the diet a little more with some hair-metal style riffing and “whoa whoa” vocal back-ups, and Zenith even has a dirge-like piano ballad, Regrets, that drags on for a seemingly endless six minutes. It adds very little, and all it really does it break the flow.

Zenith is solid but hardly spectacular. Traditionalists will no doubt give it a bit of an airing for a while, before they go back to listening to Helloween again.

STANDOUT TRACKS: Thunder and Hell, One Thousand Years of Darkness, Die for the Devil

STICK THIS NEXT TO: Cauldron, White Wizzard, LORD