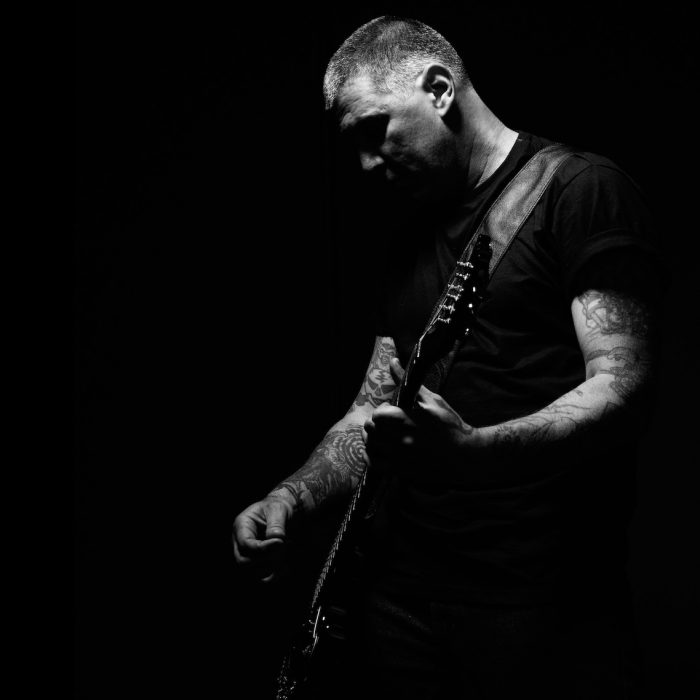 Since his first debut with the Ramones in 1989, CJ Ramone has worn the band’s sobriquet with an unrelenting passion for punk rock that’s been amplified for three decades through his Fender Precision bass.

While on a layover in New York, CJ Ramone took a moment to kick it in his hometown, and to chat about what’s install for his future. It’s Wednesday evening when CJ answers the phone, his thick eastern accent echoing through the line. He sounds cheery—almost too full of beans for someone who’d had a “good session at the pub” the previous night.

CJ’s future looks bright, expressing that although “This is kinda my final tour, I’m going to continue to make music and play shows, I’m just not going to get into a band and tour anymore. I have a book that I’ve been working on for a very long time and not being on the road next year will actually give me time to finish that book. There are other artists that I’d really like to get together with and write and record with, y’ know, there’s plenty of stuff left for me to do. I’m even learning how to tattoo! There’s lots of stuff that I’m still really interested in doing in my life and music has dominated my life for the last 30 years.”

Back in 89’, when CJ found out his auditions were successful, he was actually “in military jail.” Following on, CJ explains that he was “Still in the military, and the auditions went over a long period of time at which point I became a deserter. Eventually, they came and picked me up. I got a phone call from Johnny [Ramone] while I was in jail and Johnny said, ‘What’s goin’ on?’ I said, ‘Sorry, I should’ve told you what’d happened.’ He said, ‘Well, what’d they say?’ I said, ‘When I get out, I’m gonna do a coupla months here, then they’re gonna release me.’ He said, ‘Alright, well, do your time and when you get out, you’ve got a job.’”

Believe it or not but if it wasn’t for the Marine Corps, I never would’ve lasted in the Ramones because Johnny ran a very tight ship.
[ CJ Ramone ]

The contrast between the Ramones and the Military Corp seems pretty black and white, although it was exactly what Johnny wanted as CJ continues, “Believe it or not but if it wasn’t for the Marine Corps, I never would’ve lasted in the Ramones because Johnny ran a very tight ship. He’d already been through the drinking and drug problems of all the band members and he was looking for someone who could come in and do the job and behaved themselves and me being in the Marine Corps, I was very missionary and I was like, ‘You tell me what your rules are and I’ll follow them, no problems.’

Had I not been able to do that, I wouldn’t have been in the band. Before I went to the Marine Corps, I had no discipline. I had no direction. I had no ability to take care of things on my own.”

We then reflect on CJ’s life after the Ramones and his own growth, to which he says: “Realistically, like, right after the Ramones retired, I had a band but it had nothing to do with Ramones. The music was completely different, I didn’t use the name, CJ Ramone.

But after all the guys were gone … after the rest of the band had passed away, all the original members, I felt like I should be out performing as CJ Ramone just to help keep the legacy alive. It’s not that I’m the only one doing it, or that I’m the most important or anything like that but because I sang so much in the band, I felt like it was really up to me to kinda get out there and keep it going. So I started performing as CJ Ramone, put out, y’know, this is my fourth solo record as CJ Ramone, and it’s been a very natural progression to go from where I started with the Ramones to where I am now.

I don’t try to be anything I’m not, I’m not trying to write Ramones style songs or anything like that, but I’m so influenced by them because I was a fan for years before I ever got in the band that of course there’s somewhat of a Ramones sound to my music. It’s just been a very natural progression to go from where I started to where I am now and I don’t think it’s forced or contrived, I just let it unfold on itself; it’s really worked out well.”

A legend in his own right, CJ has proven that his status is well worth the Ramones legacy that he carries within his solo records, particularly his latest release, The Holy Spell … , which he’ll be bringing to Australia on his upcoming tour, that’ll also be his last.

To avoid missing out on his invigorating live shows which’ll undoubtedly go down in history, grab yourself a tickets here.