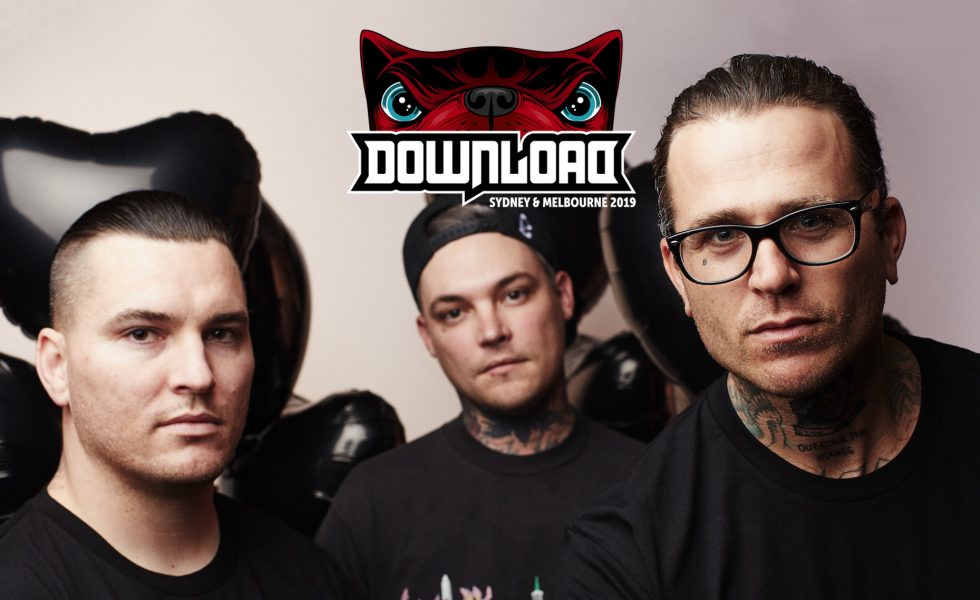 Stringer and vocalist Joel Birch were sitting in on Breakfast when Joel Birch inadvertently told listeners The Amity Affliction are booked to play Download Festival 2019 in Australia.

Probed over why they had so many publicised international dates and none in their home nation, Birch let slip: “The only Australian shows we’re doing are for Download…I probably shouldn’t have said that!” Adding, “This is why I shouldn’t be allowed on radio.”

Download organisers, Secret Sounds, Live Nation, and Unify Presents, have made no mention of the line-up so far.

While on the show, the ‘core legends also talked about their latest album Misery, their beginnings as songwriters, and fans around the world.

Ahren Stringer also mentioned their approach to songwriting has changed since starting out. “They’ve changed almost every album,” Stringer told triple j. “It’s been two years of writing, and I got the lucky job of being composer, so, Joel writes the lyrics, I get them and I get the lucky job of choosing, out of the 27 we have, [which one] fits. I write the lyrics and put them together.”

Joel Birch opened up about his diagnosis with bi-polar disorder and struggles with spending long periods away from his family with Hysteria earlier this month, ahead of the release of Misery.

“Having a two and a half year old at home, he’s traumatised by it now. He’s got pretty bad separation anxiety. It’s the flipside to touring that people don’t often hear about … I’m home now though and hopefully I can mend that problem. But we’ll see.”

Misery, their sixth record, is out now via Roadrunner/Warner Music.