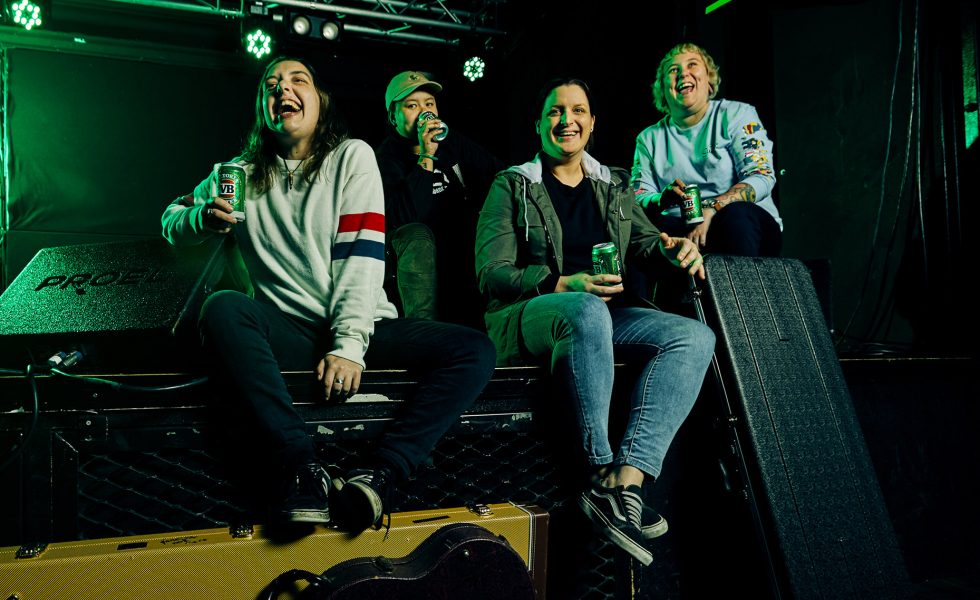 Securing a spot on the QLD leg of the VB Hard Yards tour, Being Jane Lane has really shaken up the rock scene.

Beginning life in 2013, the four-piece all-female rock band works hard and plays harder, making the best kind of noise on stage and finding fans at local pubs along the way. Teasing new music for late September, Being Jane Lane will be supporting WAAX, making it a night of hellish rock and female angst that you’ve been desperately waiting for.

Chatting to bass player Lou, we touch on winning VB Hard Yards, touring, Nirvana, and guilty pleasures; so you can get a feel for how it is to be Being Jane Lane.

HYSTERIA: Congratulations on securing a spot with VB Hard Yards! How did you feel when you were told that Being Jane Lane were on the line-up?

Lou: Absolute disbelief. We never expected that we would get this amazing opportunity. There were tears and phone calls to each other, and even now it’s so surreal.

You’ve been teasing the new single across social media. Can you please tell us what we should expect for the single?

Yes! 28th September. Just in time for the Hard Yards tour. It’s been awhile since we have released anything so this is a little teaser of some of our new material. The track is called Next Step and It’s a fun and catchy song about taking the next step with that special someone.

Can we expect an album coming soon?

It is in the works. We have spent a lot of time writing and constructing new music. We aren’t setting a date but we are aiming to have it done early next year. We want this to represent who we are, and all the hard work we have put in over the years. We work pretty closely with Guy Cooper of Human Records and he helps a lot with producing and making our sound exactly how we want it.

Who have been your major influences while being together as a band?

One thing we are proud of is our eclectic mix of influences. Some of our influences come from bands like Nirvana and Green Day, and spread right through to Parkway Drive and The Offspring. We all have such a wide variety of music tastes but we use that to our advantage.

What is your guilty pleasure while touring?

The majority of us like to have a skew or two at local pubs while we chill out and wait for the shows. I think the only one who has her guilty pleasures is Febe, our lead guitarist. We lose her for a while to the shops of Melbourne or Sydney, followed by putting her foodie skills to the test.

Do you have a pre-performance ritual before each show?

We don’t usually. But we get fairly nervous playing bigger shows and supporting big bands. So we like to take a moment to do a big group hug, have a shot and just psych ourselves up!

What are you listening to currently?

There’s so many great bands coming out of Australia right now. We are loving Pagan, Clowns, and The Dead Love. And of course all the bands we are supporting on the Hard Yards tour have been on our playlists for a while now. So it makes it even more special.

What’s next for Being Jane Lane?

We have a few awesome gigs to finish the year off with, and we will keep chipping away at the album. We want to release the album next year and do a tour to back it. Maybe visit some places like Canberra and Adelaide that we haven’t been to yet.

Catch Being Jane Lane at VB Hard Yards this year with WAAX at the Foundry on the 4th October, register now for your chance to attend!

You can also catch Being Jane Lane at Halloween Hysteria on 27 October at the Jubilee Hotel, Brisbane. 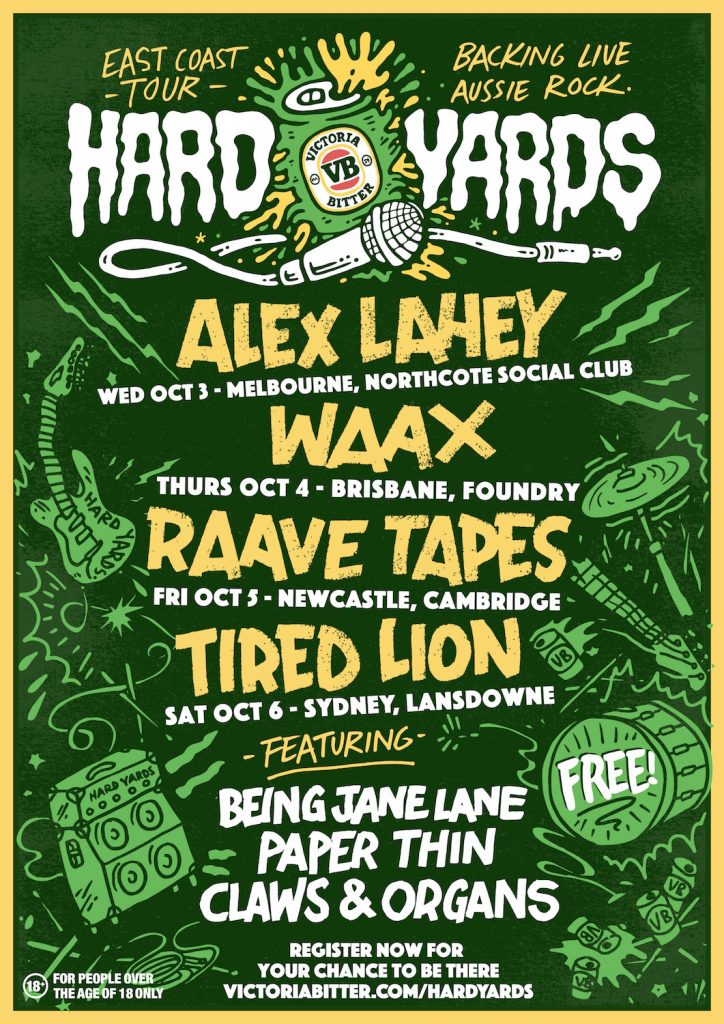