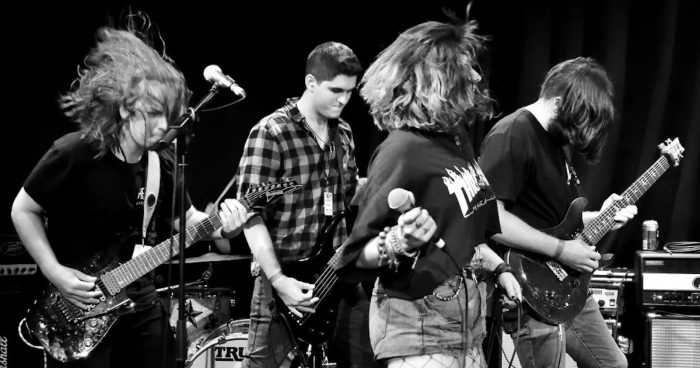 It was a whirlwind of noise (duh, it was a rock show), but it was one with a killer message. 50% of the artist lineup was made up of bands with at least one non-male member. Punters gathered together to share a bevvy or two and a mosh—it was all about celebrating music, good vibes and (most importantly) each other.

Nothing screams community like a set of matching jerseys right? Big Music Bandits opened the show donning matching gear and they had punters head bopping from the word go. Their set catered to the ability of every member, and it was exciting to see such passion and talent come from a group of such young kids (come on they even dropped killer covers of Slipknot’s Duality and Parkway Drive’s Vice Grip).

Headliners Yours Truly’s origins lie with the BMB, so it was fitting that they opened the show. With their insane stage presence, we’re damn excited to see what their future holds. 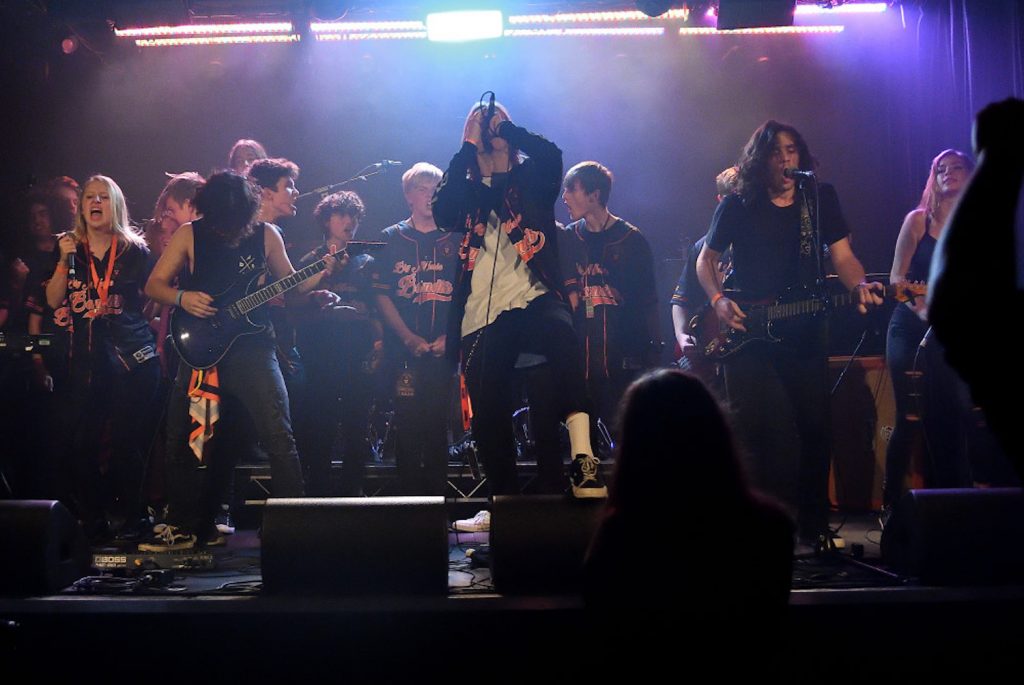 Scarburrow took to the stage with a raw and rockin energy. Intent on bringing some chaos to our little nanny state, they were splitting the pit through the power of vocalist Lauren Coleman’s growls alone (and throwing a lil shade to Gladys Berejiklian in the process). With bands like this, it’s obvious that our heavy scene is in good hands. 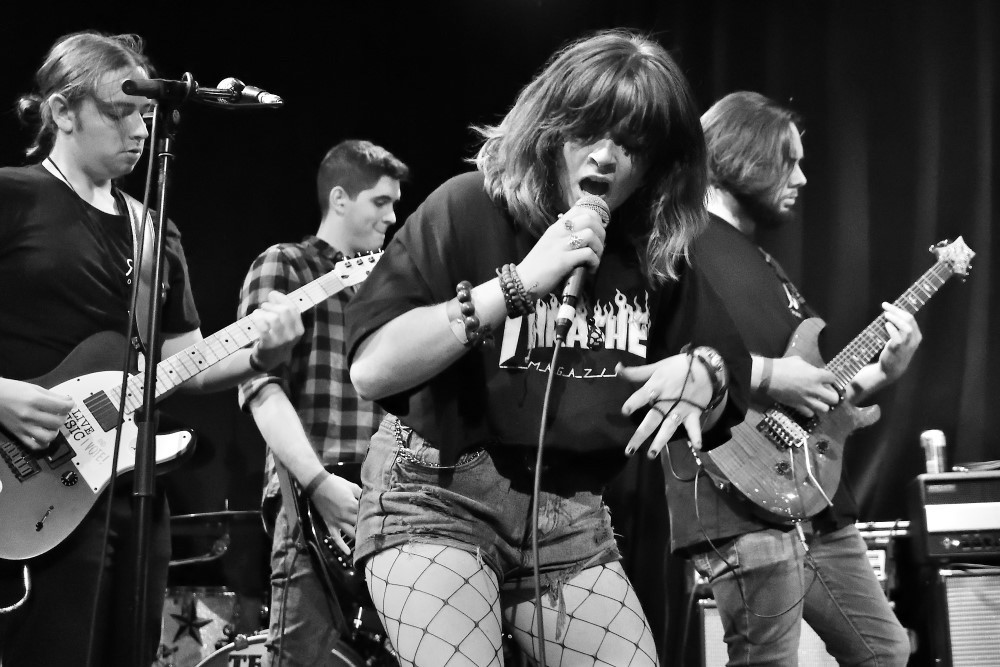 Headstrong powered through a set of limb thrashing tunes and brought out the best in our punk scene. Punters gathered together for happy snaps, a cuddle and a mosh, singing extra loud for their cover of P!nk‘s Who Knew. Our highlight though? Bassist Brooke Harley jumping through the crowd for a little shred session. 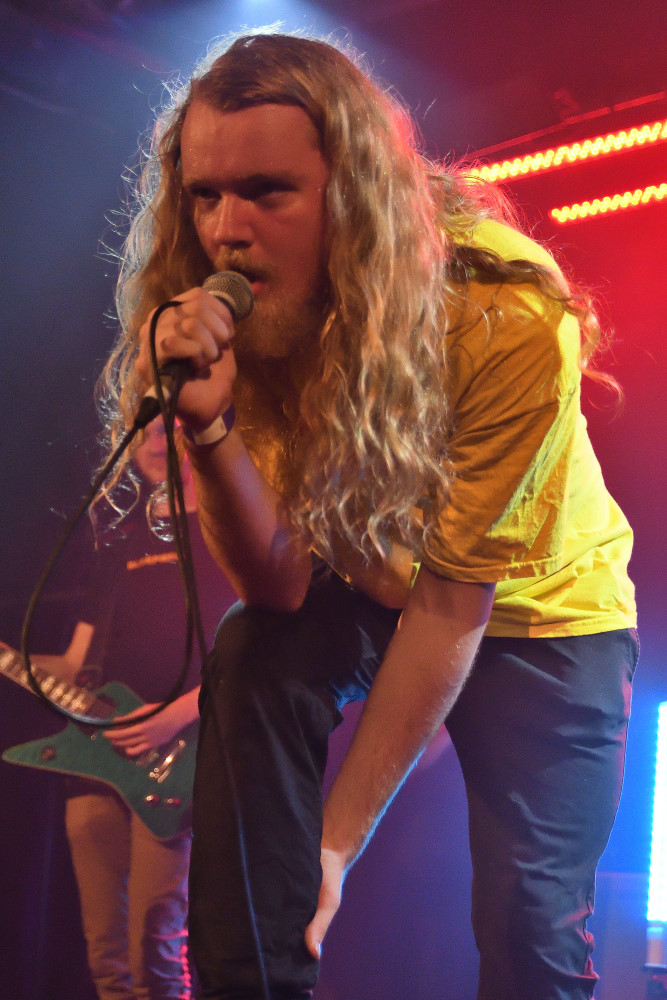 Smashing through some tunes AND some cheeky plugs for event sponsors Young Henry’s and Mother, Fangz brought punk rock vibes and beer-soaked beards to our afternoon. Tearing the Girls Rock! Stage a new one, the Sydneysiders bounced around like nobody’s business. The crowd was hyped as hell, it was party time. 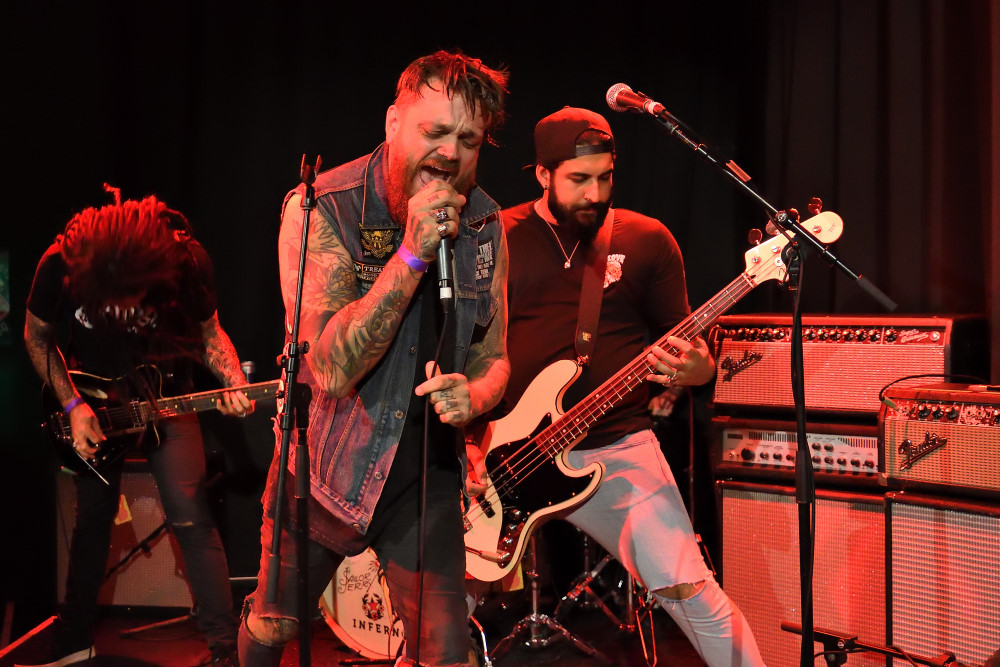 Local legends Sienna Skies had the good vibes going, whether it was through an intimate floor moment or a straight out shredding sess on stage. With a stellar back catalogue of tracks to choose from the Sydneysiders kept the energy in the room up, and left every punter smiling from ear to ear. 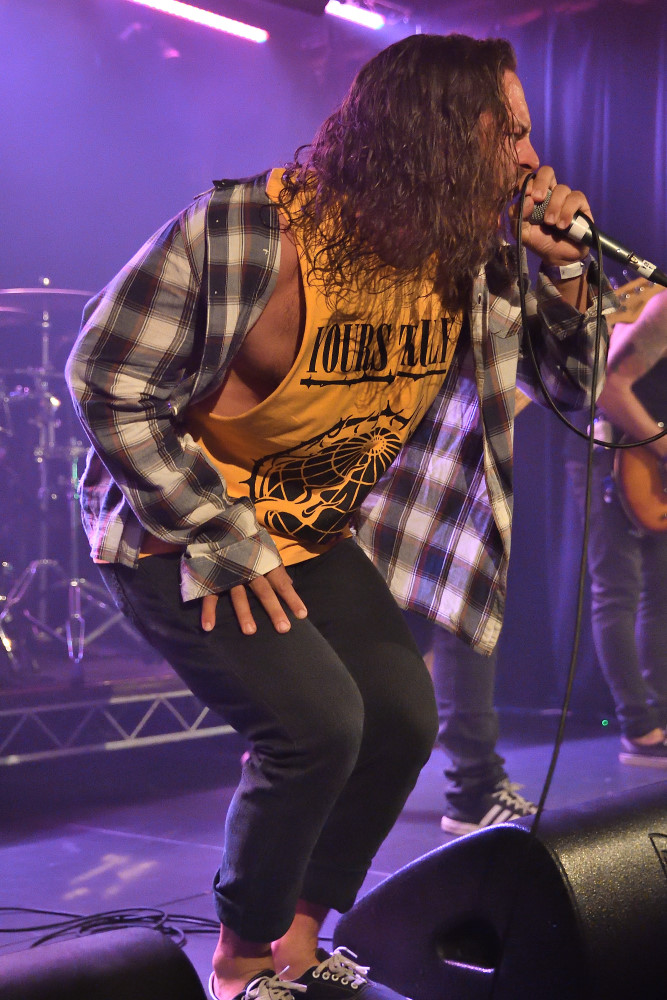 Grenade Jumper served up some serious pop punk vibes, even the security guard was having a little bop along. With a string of covers and some killer original content, the Sydneysiders dropped a set that sounded better than anything Fall Out Boy have done in the last two years—fight us, we went there. 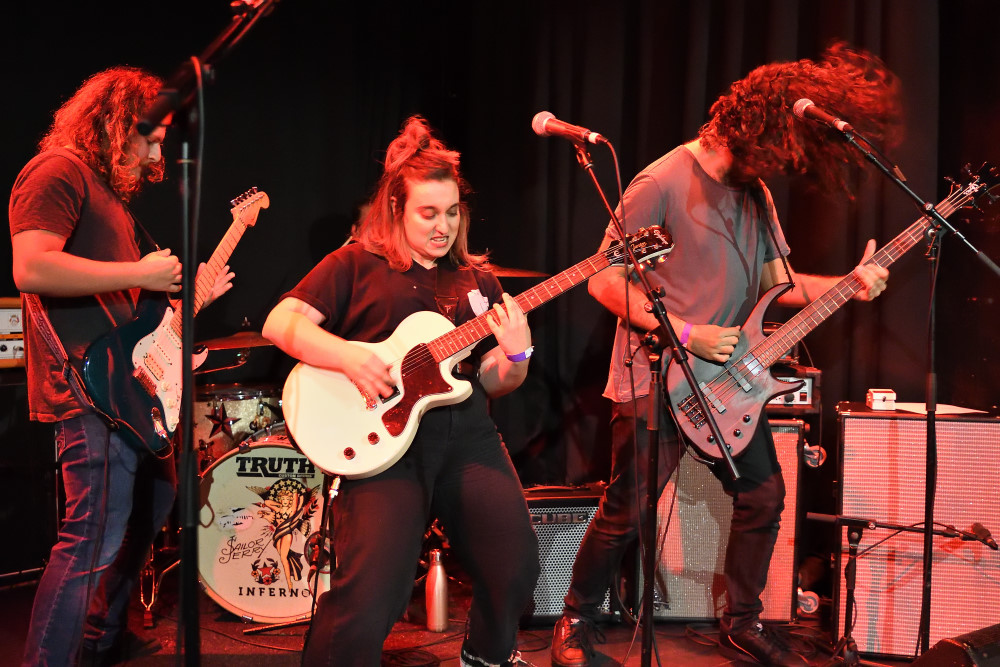 Following some Simpsons clips, Redhook took to the Mother Energy stage. What followed wasn’t aurora borealis though (or steamed hams for that matter), it was just straight fire. Despite some technical difficulties, the Sydneysiders powered through, keeping the crowd hyped with all the bants and shoeys. It was another stellar set from the screaming rap-rock electro pop mutants, topped off by frontwoman Emmy Mack jumping into the crowd for a little singalong moment. 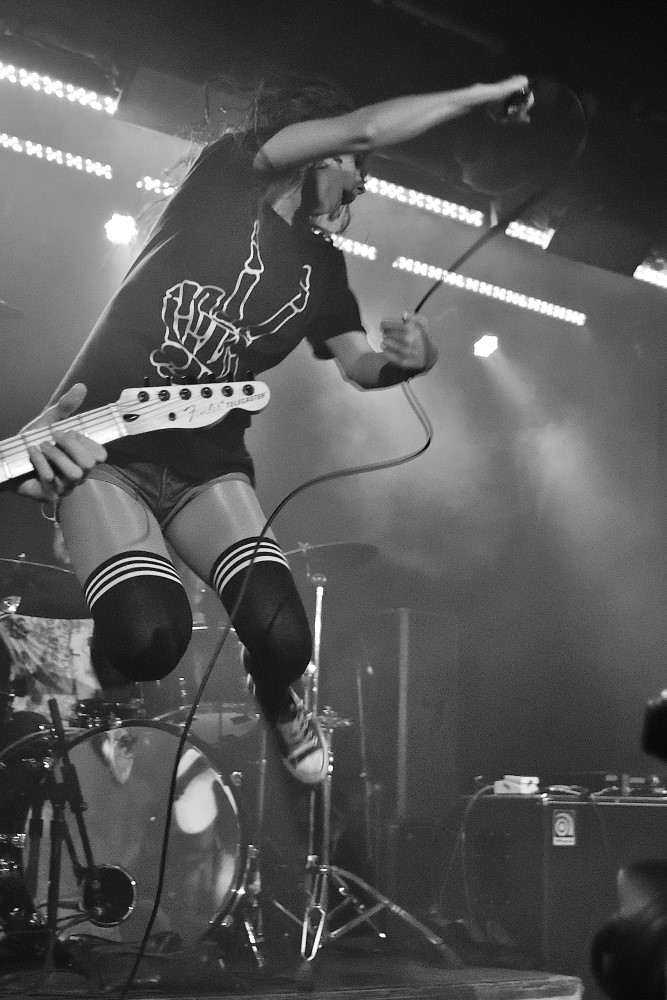 Sydney’s Down for Tomorrow won points for having one of the most energetic sets of the night. Despite some broken guitar strings, the four-piece carried on like pros and crushed it. Nailing their punk soaked grunge rock sound, they had all the head boppers out. If you didn’t catch their set, you missed out! 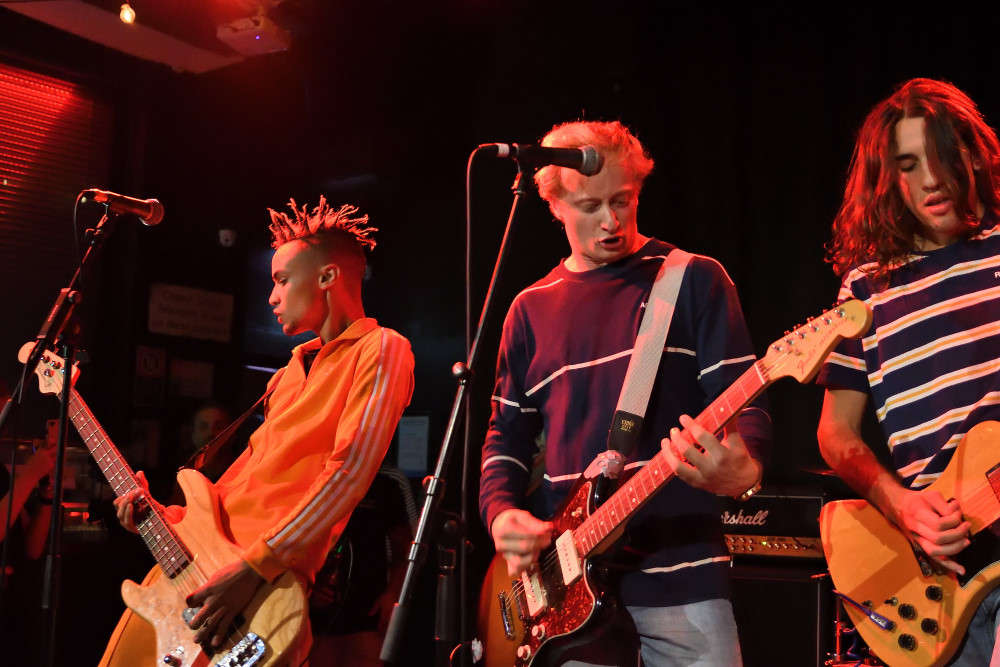 Down For Tomorrow // By Adam Sivewright

Victoria’s Ocean Sleeper were waving the flag for heavy goodness at UsFest, so it was only natural that they brought the moshers out in full force. From the stage to the crowd, feet were up in the air for the entire set—and Oxford Art factory was shaken the ground. 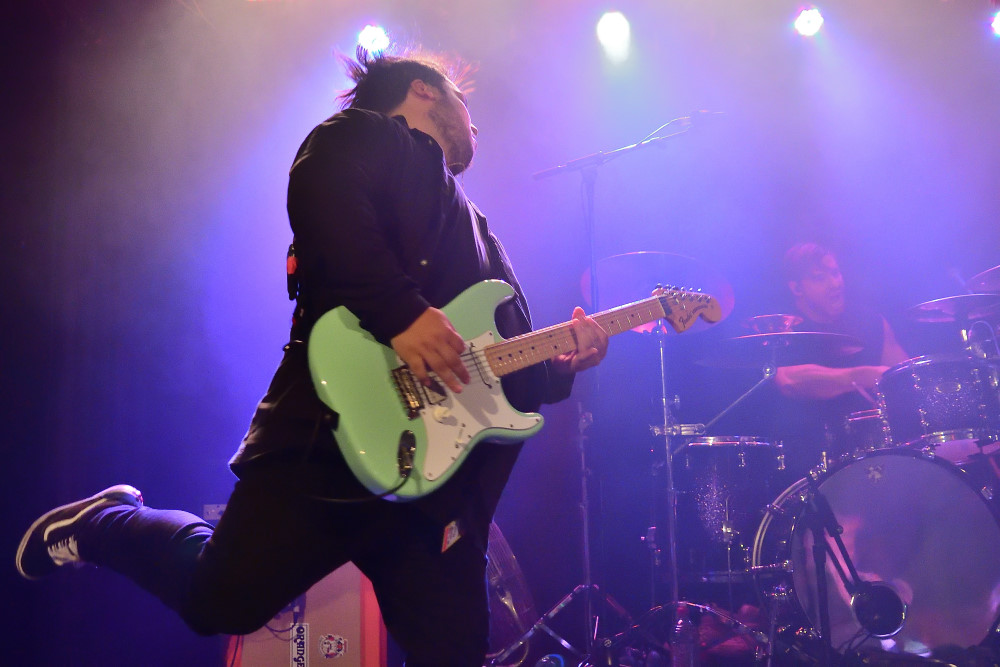 No first-time jitters here, just a pure sonic assault! Melodic metallers The Last Martyr brought an infectious energy to the Girls Rock! stage for their first performance EVER. Swinging guitars, high jumps and headbanging anchored their set—and that was all it took the get the crowd moving. Good stuff.

Following some crowd sing-alongs of Avril Lavigne and The Backstreet Boys, The Dead Love took to the stage, somehow eliciting a louder reaction than the pop icons. The stage divers, crowd surfers and finger pointers were ready to move and groove. The grunge rockers (and their set of guest vocalists) did not disappoint. 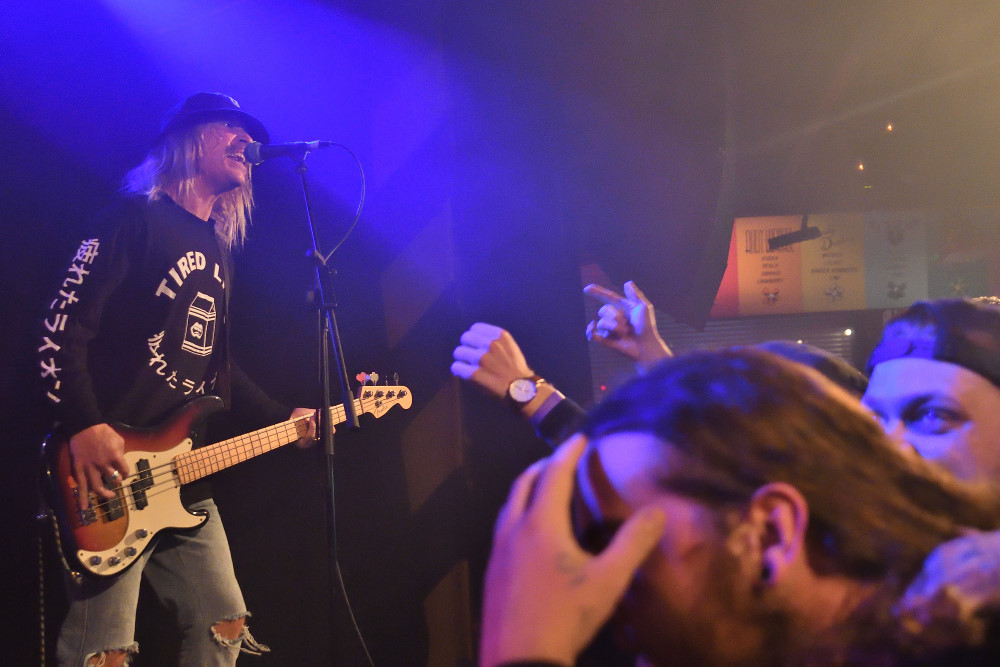 The Dead Love // By Adam Sivewright

Following The Dead Love was never going to be an easy task, but it was one that Terra took head-on. With their energy levels building through their set the alt-rockers had the crowd swaying and singing along, and set the place on fire with their killer performance of Talk is Cheap. 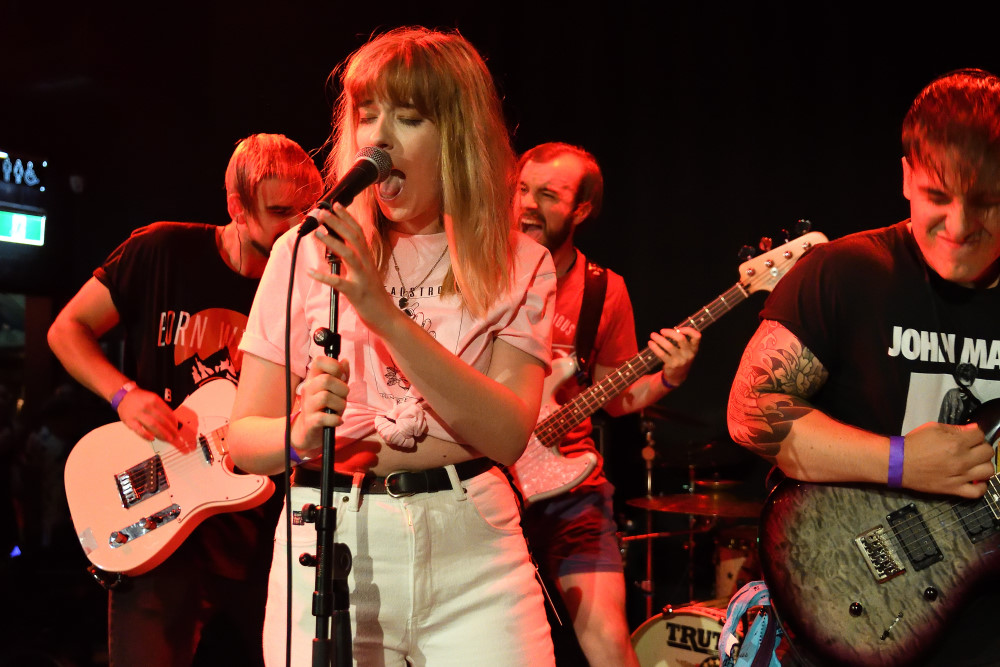 With new tracks and yeehaw chants, Brisbane’s Stateside brought the feel-good vibes to the Mother Energy stage. The highlight of their catchy as hell set though? Watching frontwoman Erin Reus close off their epic cover of Avril Lavigne’s Sk8er Boi with her first ever crowd surf—no one tell her mum though! 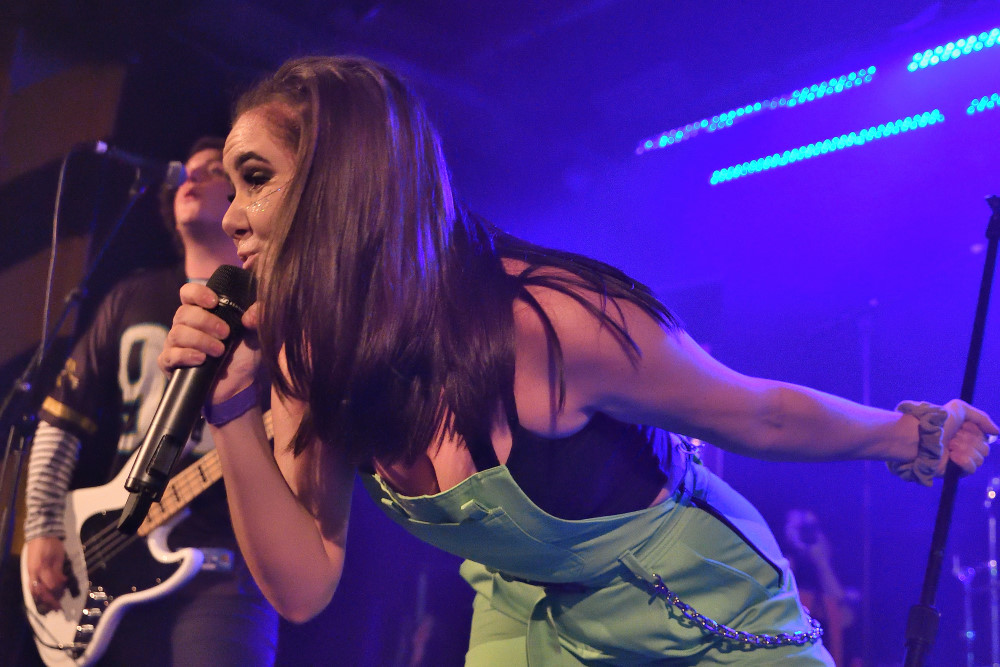 The horns were up high when Stellar Addiction took to the stage. Serving up an injection of soulful as hell vocals with a punkier edge, the Sydneysiders had us all craving more. Showing their versatility they even smashed a cover of Miley Cyrus’s Wrecking Ball out of the goddamn park. Stellar Addiction are ones to watch, there will be big things in their future. 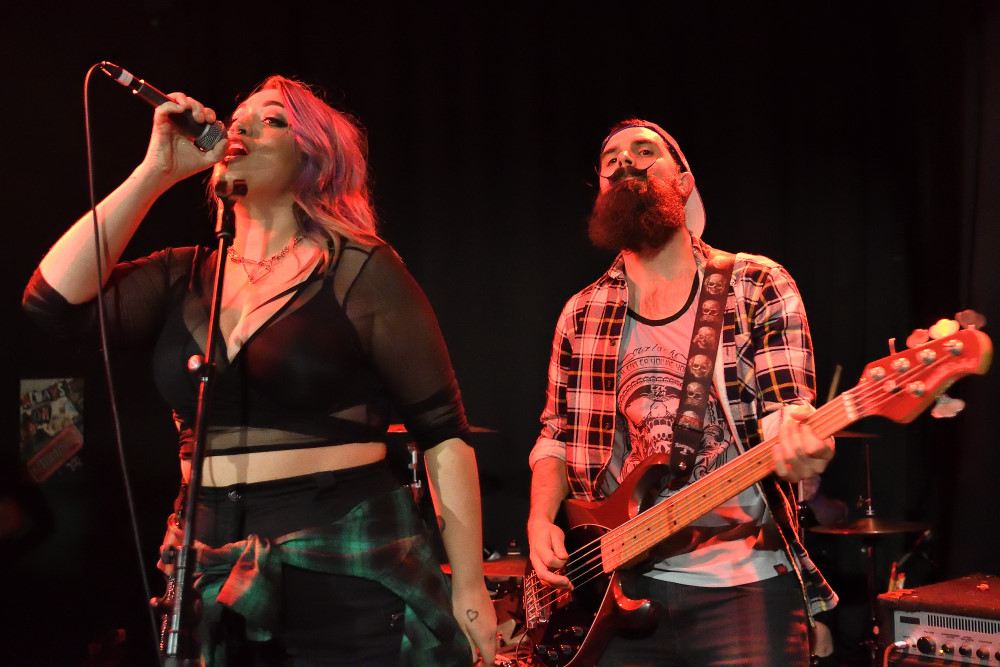 There was no need for punters to down a Mother to keep their energy levels up, Yours Truly had everyone covered with their insane stage presence. The Sydneysiders have been on an upward spiral over the last few months and fun, bouncy sets like this prove exactly why—it’s only a matter of time before they set out for full world domination. 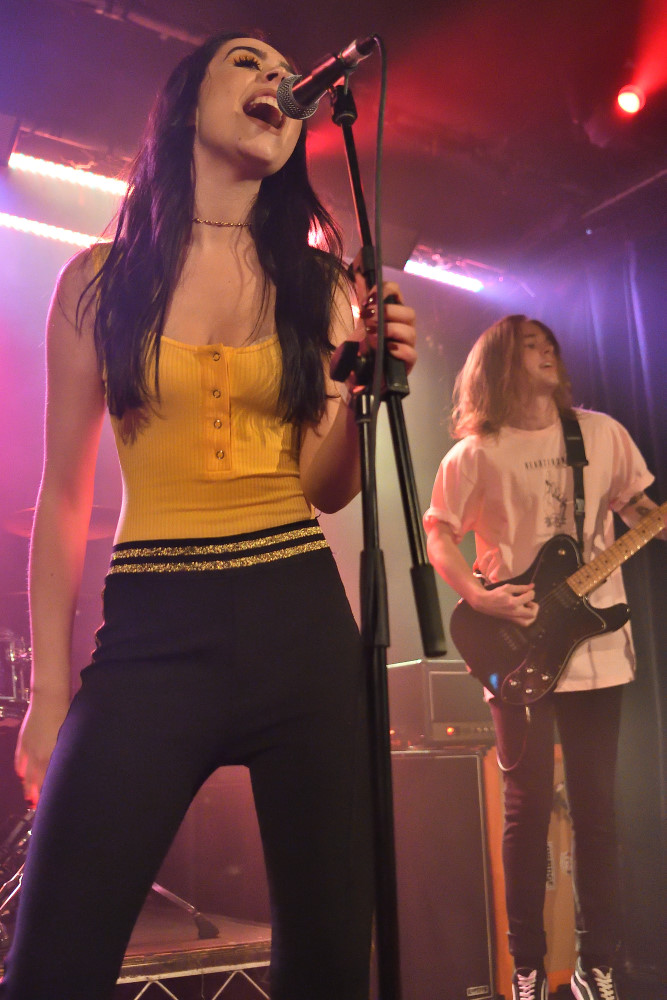 Yours Truly // By Adam Sivewright

Straight up, Arteries had us questioning the structural integrity of the Oxford Art Factory. The local legends were hands down the most brutal band of the night, so it was only natural that they brought all the intensity and energy that they could muster to the stage. Their set was facemelting, but damn it was good. 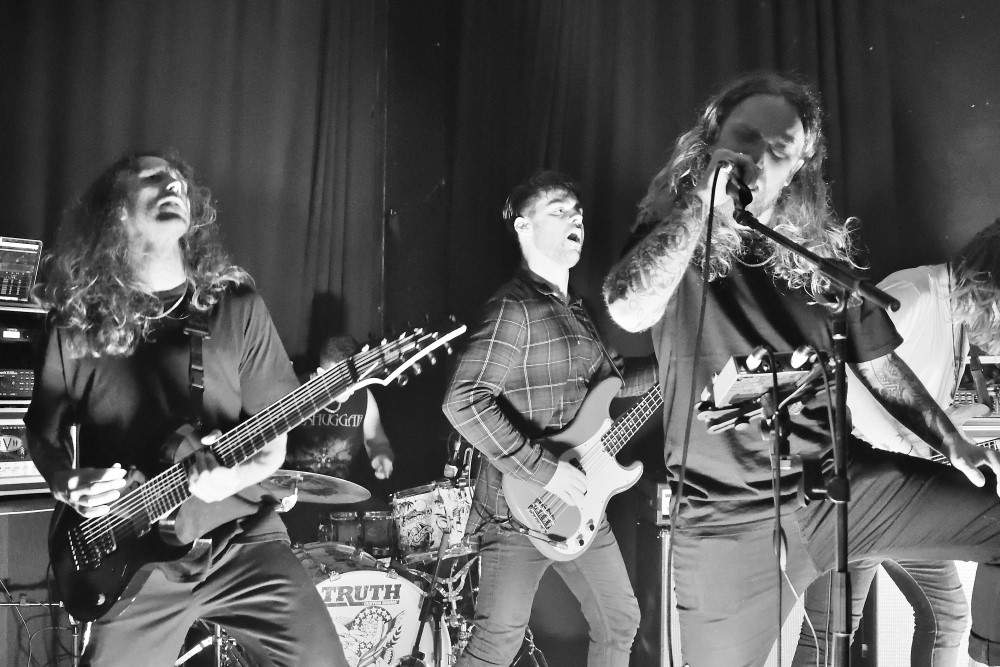 Between You and Me

Between You and Me closed out the inaugural UsFest with a kickass pop punk set, and oh boy did it turn the heat up. The singalongs were loud, the punk jumps were high and the sense of unity in the room was strong as hell. What a way to send punters home happy—and incredibly sore and sweaty!