UNSUNG HEROES // The Bennies On Bands Blazing In Melbourne 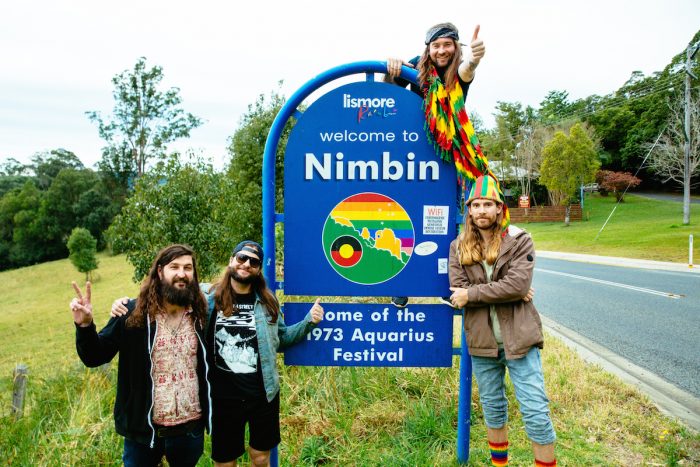 Our talent scouts, none other than The Bennies, have kept their ears to the ground in search of up-and-coming Melbourne talent.

It didn’t take these party rockers long to deliver the goods. Actually, they had more trouble shifting through a truckload of phenomenal bands coming out of the city.
It’s lucky we sourced the band’s expert advice sooner rather than later, as members from the “Psychedelic Reggae Ska Doom Metal Punk Rock From Hell” are off to tour Great Britain this week.

They’ll play a few headline shows in the London area, before traversing the countryside with Less Than Jake.
The Bennies’ Craig Selak gives us the low-down on Melbs’ underdogs:

“Three of the most talented musicians to walk the earth have put together the most fucking rockin’ shit you’ve ever heard. Shredding riffs, drum solos and the tastiest bass flavour of all time. If you don’t know Grim Rhythm, what do you know about Rock n Roll?”

“This is what happens when amazing and clever songwriting collides with the most charismatic performer in Melbourne. I have only had the pleasure of seeing Ferla play live once BUT I FUCKING LOVED IT!”

“That voice. Jim Lawrie has the easy-going swagger of Tom Petty, and his songs are fucking insanely good. Also that voice! He’s just finished recording a new album too, so get on board and tell everyone else ‘I fucken told you so!”.