TREMONTI // From Dust ‘Til Dawn

Honest question: Does anyone genuinely, unironically listen to Creed?

Despite being arguably one of the biggest rock bands of the past two decades, we can establish that their discography has an hostile ratio of banger to bin-worthy. There was, however, one memorable element to be salvaged from their sound – Mark Tremonti’s biting, goosebump-inducing riffs.

Paired with Myles Kennedy’s exorbitant vocal capabilities, follow-up project Alter Bridge hit all of the highs that Creed never could. But while both painted Tremonti as a post-grunge guitar God, it’s his solo outfit – aptly named, well, Tremonti – that showcases his strongest skills: not only as a guitarist, but as a vocalist as well. Dust is his third full-length under the moniker – raw, melodic and balls-to-the-wall insane while maintaining the polish-perfect production synonymous with its predecessors, the LP serves as a continuation of last year’s standout opus, Cauterize.

Both LPs were molded together over an extensive recording period in 2014, with the initial aim of one solitary body of work. But alas, Tremonti wound up with too many frothers, and not enough attention to justify dropping twenty of them at the same time.

“They’re kind of contained in thesis,” he says of the albums’ conjoined theme. “They were both recorded at the same time, but I wanted each one to stand on its own. I feel like it was just too much music to put out at one time; twenty songs is just – I couldn’t digest [that much music] as a fan, so I didn’t expect anyone else to be able to. I didn’t want to put a bunch of hard work into recording these songs, and then all of a sudden have eight of them forgotten. I think ten songs is the perfect amount for people to really digest.”

In the eleven-month gap separating Cauterize from Dust, it’s not just the audience that’s had a chance to digest the music – living with the albums for longer allowed Tremonti to discover more about his own music, and how the two records contrast.

“Now that I’ve listened back to the records and had the time to live with them, I think what makes them unique is that Cauterize seems to be a little moodier than Dust,” he says. “Dust seems a little more energetic and lighthearted. I think it is a little more guitar-driven too, it’s got some of my favourite guitar solos on it. And then of course, the artwork is a ‘before and after’ of the theme that we set in the first record.”

“I just want to keep pushing the limits with this band.”

Speaking of guitar solos, they’re a vital component of the perfect Tremonti jam. Dust has probably the most lucrative spread of them, but they’re in admirable abundance across all of the records he’s lent his artistry to. Pretty much all of them are killer, and thus it’s pondered: what makes for the definitive guitar solo?

“I think everybody’s is different,” he says. “I try to write solos that are standalone pieces – something that tells a story, something that has a climax – a beginning and an ending – and has a good melody to it. I try to run as many new tricks and techniques as I can to bring what I hear in my head to life.”

Though it’s been out for just a couple of weeks, Dust isn’t exactly a ‘new’ record – it’s been two years since Tremonti laid down the solos we’re jamming out to today. In the time that’s passed, fresh ideas have been rolling out like hotcakes. There are no immediate plans for a fourth release just yet, though – especially not with a new Alter Bridge record on the cards as well – but wherever Tremonti goes as a band, we’re ensured it’ll be to new heights.

“Y’know, I just want to keep pushing the limits with this band,” he enthuses. “When I do the Tremonti band, I try to add a lot more of the speed metal stuff that I grew up with, and a little more of the aggressive stuff that I dig. I can kind of push the limits as far as I want, and that’s really what I enjoy about it. I’ve played a lot of the ideas that you hear on the Tremonti records for the Alter Bridge guys, and it just never flew with them because it hasn’t been their style. But [speed metal is] something that’s been a huge part of me as a musician, so I’m glad to finally be able to utilise it.”

Of course, Tremonti isn’t weighing himself down to the confines of speed metal exclusively. “There’s still a ton of stuff to dive into,” he declares. “There are a lot of techniques and song structures and whatnot that we can keep introducing into what we do. I think we’ve hinted at getting a little more progressive with both bands, and I think that’s one of the things we want to explore – messing with polyrhythms, for example – but keeping that melodic core of the songs is important as well. The bottom line is, there’s an endless amount of things that you can throw into a song.”

There’s also an endless amount of songs that Tremonti can throw into our iPods, it seems – directly following two back-to-back releases under his solo moniker, the axe-addict slipped back into the Alter Bridge fold, where they’re currently working on their fifth studio album. Squeezing out some exclusive details was a fruitless effort, but Tremonti did let us know that progress was moving steadily along.

“I just got done tracking for it a couple of hours ago! I’ve been going [into the studio] every day and working on the new songs,” he teases. “The record is sounding great. We’ve got all of the drums and all of the bass done, Myles and I are tracking guitars every day now; I’ve got six of my guitar tracks done and another eight to go, and then I’m gonna start playing guitar solos soon.”

Tremonti’s latest album Dust is out now through FRET12 Records

END_OF_DOCUMENT_TOKEN_TO_BE_REPLACED

ICYMI: On April 6, 2020, Wade MacNeil posted a photo of himself captioned “drunk. miserable. …

When the world digs into Bad Wolves third LP, Dear Monsters, they should focus on …

END_OF_DOCUMENT_TOKEN_TO_BE_REPLACED 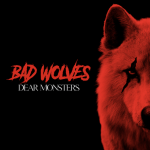 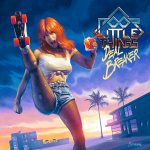 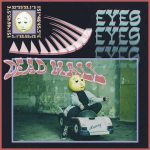