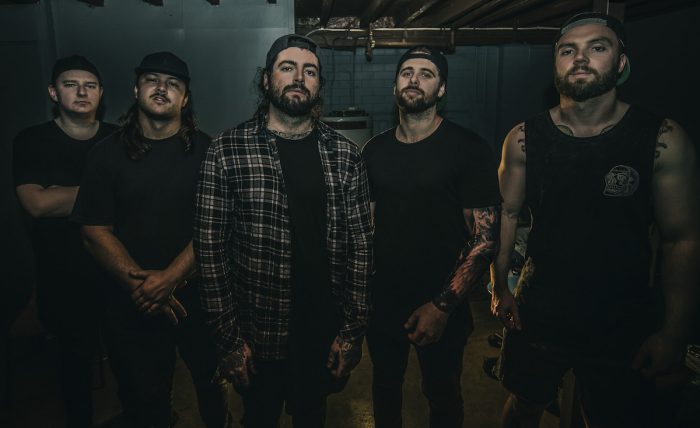 Former Aversions Crown vocalist Colin Jeffs has finally unleashed his new project Tongues, and Hysteria are proud to premiere the band’s first single No Solace and its accompanying music video.

Featuring DVSR vocalist Matt Youkhana and Jeffs’ distinct slamming vocals, the djent-heavy track is the first to be released from the group’s upcoming self-titled EP. Although fans are aware of the EP’s existence, this is their opportunity to finally find out what the band have been teasing for the past month. They won’t have to wait long for a full taste however, as the record will be released November 18.

To coincide with the launch of the band’s debut single, Hysteria also sat down with the singer to find out more about the release of Tongues. “I’ve known these guys for years,” says Jeffs, and elaborates further on why the record is likely to be his most successful project to date. “The biggest thing in any partnership is trust, and you need to trust the people you’re around. The last musical group I was a part of was a collection that fucking hated one another. They’ll never admit it to each other, they’ll never admit it to themselves, and I never want to be around that sort of environment again.”

“If you’re offended? That’s the point.”

And available to stream in full and pre-order at Bandcamp here.