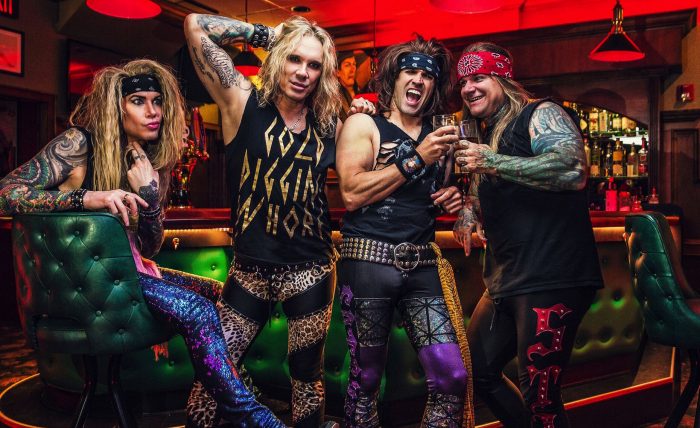 Set your browsers to incognito, Steel Panther fans—they’re dropping their latest video load, entitled Poontang Boomerang, on PornHub.com; a site you’ve definitely never been to before.

Click here if you’re over 18 (yes really) to view.

According to a statement, Poontang Boomerang is the third music video off the band’s highly anticipated album, Lower The Bar, and explores the true meaning of “not sticking your dude piston in crazy.”

“We all thought it was time that we give back to a website that has put so much happiness into our lives,” says drummer Stix Zadinia.

Lower The Bar is Steel Panther’s fourth studio album and is the follow-up to their 2014’s successful All You Can Eat, which debuted at #1 on Billboard’s Top Current Comedy chart and #24 on their Top 200 Album chart.

Lower the Bar is set for a 24 March 2017 release via Kobalt Music Recordings.