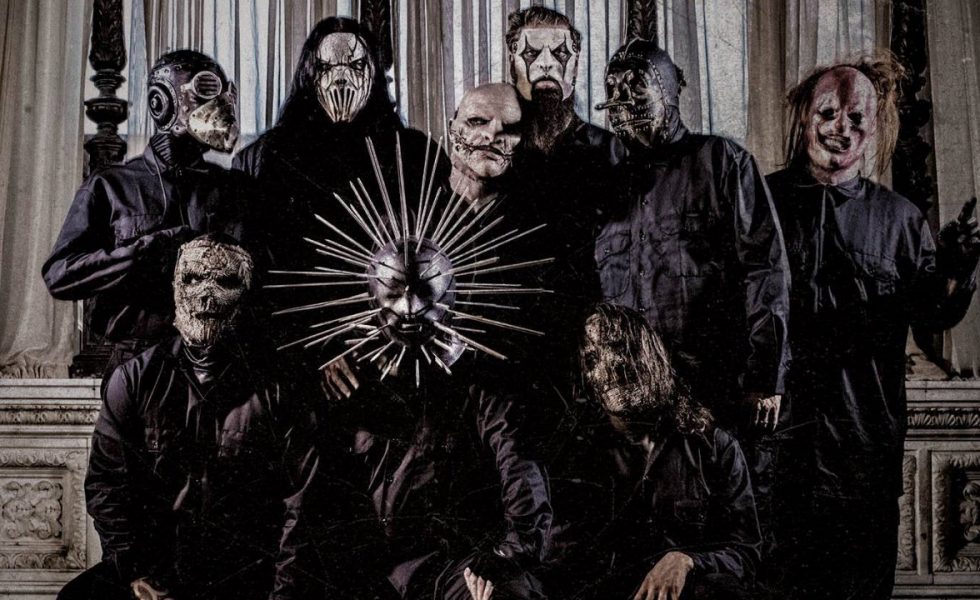 Four years removed from their monumental comeback album, .5: The Gray Chapter, nu-metal titans Slipknot have returned to their rightful place at the top of the food chain.

Our first taste of their forthcoming sixth album—currently untitled, but due for release in mid-2019 via Roadrunner—is six vicious minutes of the loud ‘n’ livid chaos that Slipknot cut their teeth on. Hysteria teammate Louise Inkster pointed out a similarity to their Iowa material—such a hot take isn’t agreed upon by all of us, but it’s without a doubt the new single (titled All Out Life) should appeal to fans of the nonet’s old-school material.

The track dropped out of nowhere this morning (fuck a press release), alongside a characteristically gritty film clip directed by percussionist  Shawn “Clown” Crahan.

“All Out Life is a song that is trying to do [two] things: bring everyone together, but also remind everyone that the past is not something to be discarded with disdain,” says frontman Corey Taylor. “People are so eager to find the Next Big Thing sometimes that they shit all over the bands and artists that have come before, thus making the past feel disposable, like a dirty thing. Fuck that. Why should we pay attention to your mediocre future when you can’t be bothered to celebrate an amazing past? I’d rather listen to a guaranteed hit than a forced miss. All Out Life is the anthem that reminds people that it’s not the date on the music—it’s the staying power.

As for the matter of that pesky sixth Slipknot album, the band have been teasing a 2019 release since the later months of 2016. In an interview with Zane Low for Apple Music’s Beats 1 program, declared, “The album is underway, and it’s going to be one of the darkest chapters in Slipknot’s history; it’s that good. It’s complicated; it’s dark; it’s heavy; it’s melodic; it’s fierce; it’s angry and it’s real; it’s raw as hell and it’s gonna be talking about a lot of things that people are going to need in their life right now.”

Unfortunately, we have no details to share on the band’s inevitable return to Australia … But hey … Isn’t there supposed to be a second Download Festival announcement coming soon? 🤔