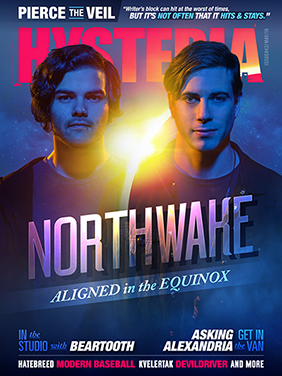 NORTHWAKE :
Aligned in the Equinox

With the powers of mateship and dent combined, our #CoverStars Northlane and In Hearts Wake create a metal tour de force. Plus: Pierce The Veil, Asking Alexandria, Hatebreed, Modern Baseball, DevilDriver, Kvelertak, all in Hysteria #42. 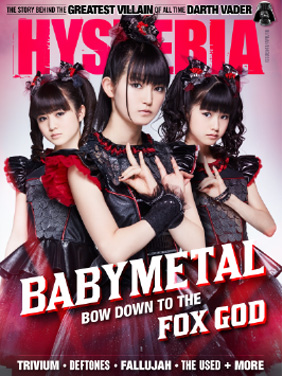 BABYMETAL :
Bow Down to the Fox God

Japanese metal queens Babymetal have accepted the fox god into their lives: have you? Get your fix from our cover stars (or should that be idols?) this month on how to become a part of the kawaii cult in Hysteria’s BY KITSUNE’S POWER edition #41. Also featuring deets on new efforts from Deftones, Fallujah and Surgical Meth Machine. 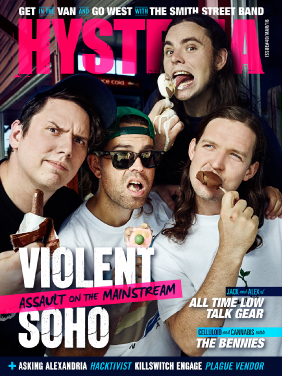 VIOLENT SOHO :
Assault on the Mainstream

Don’t you hate people asking “why do you listen to such angry music?” Violent Soho is taking up arms against the haters in their assault on the mainstream—our cover stars in issue #40. PLUS: The Black Queen, The Bennies, The Smith Street Band, All Time Low, Asking Alexandria, Killswitch Engage, Hacktivist, Plague Vendor and more. 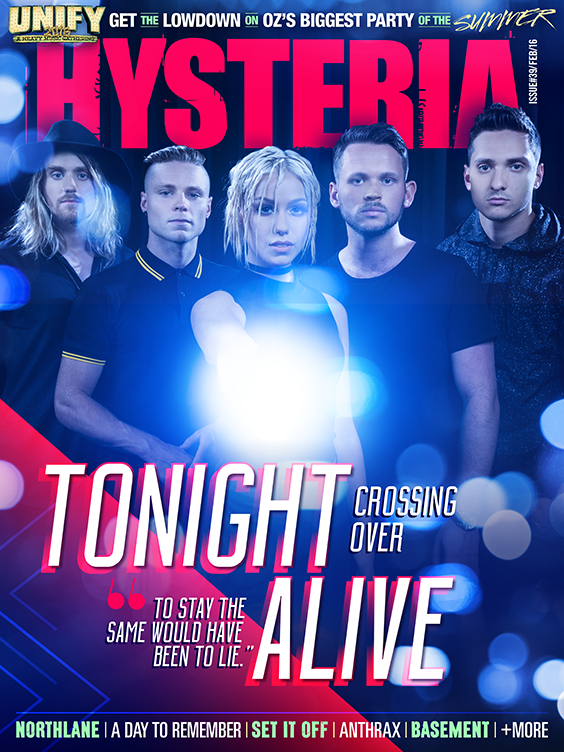 Tonight Alive :
With no limits, all is possible

“To stay the same would’ve been to lie.”—Tonight Alive our cover stars for rock or dust issue #39, featuring a massive wrap of Unify Gathering 2016 feat. chats with In Hearts Wake, Parkway Drive, Make Them Suffer, Hellions and Ocean Grove. Northlane, A Day To Remember, Basement, Anthrax and more. 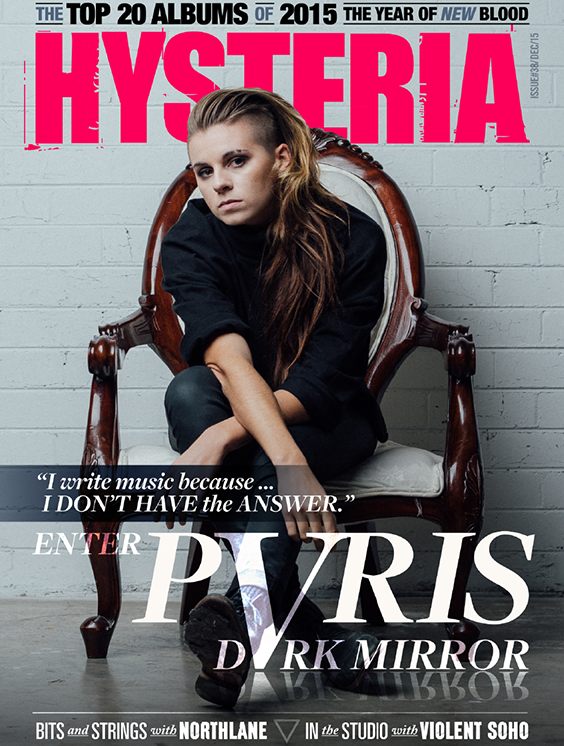 On the front cover of our holiday issue is PVRIS, straddling the line between pop darlings and heavy demons. What reflects back in their dark mirror? It’s Christmas so we’re placing our Albums of he Year 2015. There’ll be a few surprises on there … did your favourite make the cut? PLUS: Northlane, Memphis May Fire, August Burns Red, Violent Soho, Baroness, Ocean Grove.