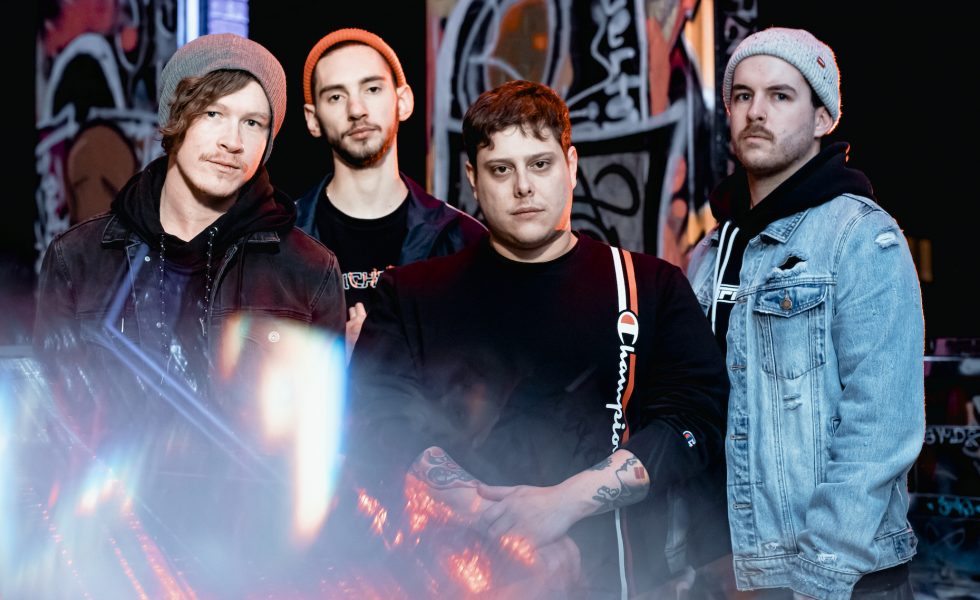 One of their most vicious cuts ever, 613’s very own Earth Caller are dropping new single Spit featuring Isaac Black of anything-goes hiphop collective DVSR on Friday; we have the exclusive premiere right here. Get blown away below.

We’ve also got an exclusive interview with frontman Josh Collard – read below!

Crushing, urgent, and savage, this hears Earth Caller penetrate the realms of grime rap with blistering metal. Issac Black of DVSR’s whip-smart tongue lays down one of the most explosive verses you’ll hear this year. Think of it as an Aussie answer to Body Count, Rage Against the Machine, or Stray From The Path. The collab was a chance encounter between Isaac and Josh, which the latter details below.

The video was directed and shot by Colin Jeffs. (The Brave, Rumours, Honest Crooks). The track itself was produced by Beau McKee (House Vs. Hurricane, Between You & Me, Oceans Inside).

Spit will be available on digital platforms and downloads on Friday, 18th October.

INTERVIEW WITH JOSH COLLARD ON SPIT

I know, I know! I was like holy shit. DVSR are notoriously known for doing whatever the fuck they want. Right? And it’s hard to lock them into anything that doesn’t sort of fit in with their plan. But that’s the reason that they’ve been successful in my opinion, because they don’t just take what they’re given, they’ll take what they deserve.

So when I wrote this song, I left a gap for a feature on the second verse and I was thinking, “Imagine how great it would be if I could get Isaac from DVSR to feature on this song?” I wasn’t really confident that he would do it, even though we’ve always been great friends, he’s just a pretty busy guy. But I sent him the track and asked him anyway and within a few hours I got a follow up text saying “Hey bro, I’ve actually just listened to the song and I’ve already got half a verse written and I’m 100% game for this.”

Then all of a sudden he’s already recorded it and we’re in Sydney shooting a music video for it with Colin. And like fuck, it just came together so organically and I know like even the other DVSR boys are really excited to release this song. They’ve been like busting my chops since it’s been ready to fucking get it out there.

That would have been a rollercoaster of a night!

The funniest thing about all that is in that little gap of time, because I know the fellas in the band, Clinchy, Carlo and Nick, I know that they were really hoping to get Isaac from DVSR on the track. In the few hours waiting to hear back from Isaac, I had actually just fucking built up the nerve to tell them that he wouldn’t be doing it, but then he sends the band a text saying that he came and I’m like, “Fuck it, I don’t have to do that shit now.” [Laughs]

This video is another one with Colin Jeffs; he seems to be the director to get in the scene and with good reason.

Would you say he’s probably the most celebrated filmographer of the year? This year, and possibly even last year as well.

I hope that it translates as just a song that’s going to fucking pump people up and inspire people to fucking not take shit from anybody. That’s really what it’s about. Not taking shit from anyone.
[JOSH]

I have a bit of history with Colin. Like a very positive one. I actually attribute a lot of the reason why Earth Caller was able to do what we’ve done so far to Colin actually, because when we released Your Enemy, he happened to be… There’s similar versions crammed around at the time. He happened to be getting interviewed on triple j and he was actually the first person that ever showed anybody from triple j Earth Caller and actually got us on there.

I’ve always been extremely grateful to Colin. So, that, and over the years, he’s always been like super duper supportive of Earth Caller. And so when the time came to actually shoot the video clip for this record that we’ve got coming out, I wanted to ask him. He told me he’d done 31 jobs this year and he was currently in the middle of four, but he found some time.

The reason we did it in Sydney was because DVSR are from there and Colin happened to be there shooting another band video clip, so I was just like, “Fuck it, let’s just drive up to Sydney after our Ballarat show with Ocean Sleeper.”

That was an awesome show as well. But, yes, so we just decided to jump in the van, drove overnight, didn’t sleep, got to where we met up with everybody, shot the video all day, and then literally just crashed out in the Airbnb, which actually features in the video clip. It’s where the gunshots happened.

Is the song about anyone in particular? Or more of a motivational thing for the listener, or yourself?

The violence in the song is indicative of how I was feeling at the time. There’s just been a couple of specific incidents where like some shit had been said about me that wasn’t true at all. It just blew up into a little bit of a situation, which is now resolved. With Earth Caller, my main objective has always been to write music that pumps people the fuck up.

I love getting like all the messages and shit from fans, saying that they workout to our music and all that kind of stuff. I love hearing that our music cheers people up. I love playing shows and seeing people literally fucking be back flipped over and shit like that. And I’ve always tried to bring honesty to the table with Earth Caller. And in that moment, I was feeling in a murderous fucking rage about some shit that went down. And I was just like, “You know, well, I am in the business of making aggressive music, so why don’t I just bring this to the table in its raw form and just fucking say it as how it is.”

I hope that it translates as just a song that’s going to fucking pump people up and inspire people to fucking not take shit from anybody. That’s really what it’s about. Not taking shit from anyone.

What’s next for Earth Caller? You’ve released some tracks this year; but you’ve been a bit quiet of late.

We’ve had some line-up changes. Firstly, our drummer Joel, who was touring with us for a couple of years. He didn’t play on any recording, but he did like tour with us in the time between Crystal Death and just new stuff that we’ve got coming out. He got a certain kind of sickness. It’s a bone one, but it was really sad. It made him unable to perform the sets properly and he needed to leave to focus on his health.

Our bassist Harley, unfortunately, like I’ve only recently found this out, but our bassist Harley left because his Mum is actually very sick, and he was having a hard time coping with the responsibility of being in the band.

And Justin, our guitarist, he started playing for BLKLST. He still plays with Earth Caller and stuff like that occasionally, but he’s doing his own thing, but it’s all 100% amicable. So, the reason I brought up all this stuff was just because I wanted to put it in that this year has been rebuilding the line-up, and it’s been just like a shedding of skin year. We haven’t toured as much as we normally would, like we played a festival in Brisbane. We played with Ocean Sleeper.

After this release, we can say that there’ll be more tours. There’ll be more new records as well. We are going to be a band that can pump out a lot of content. 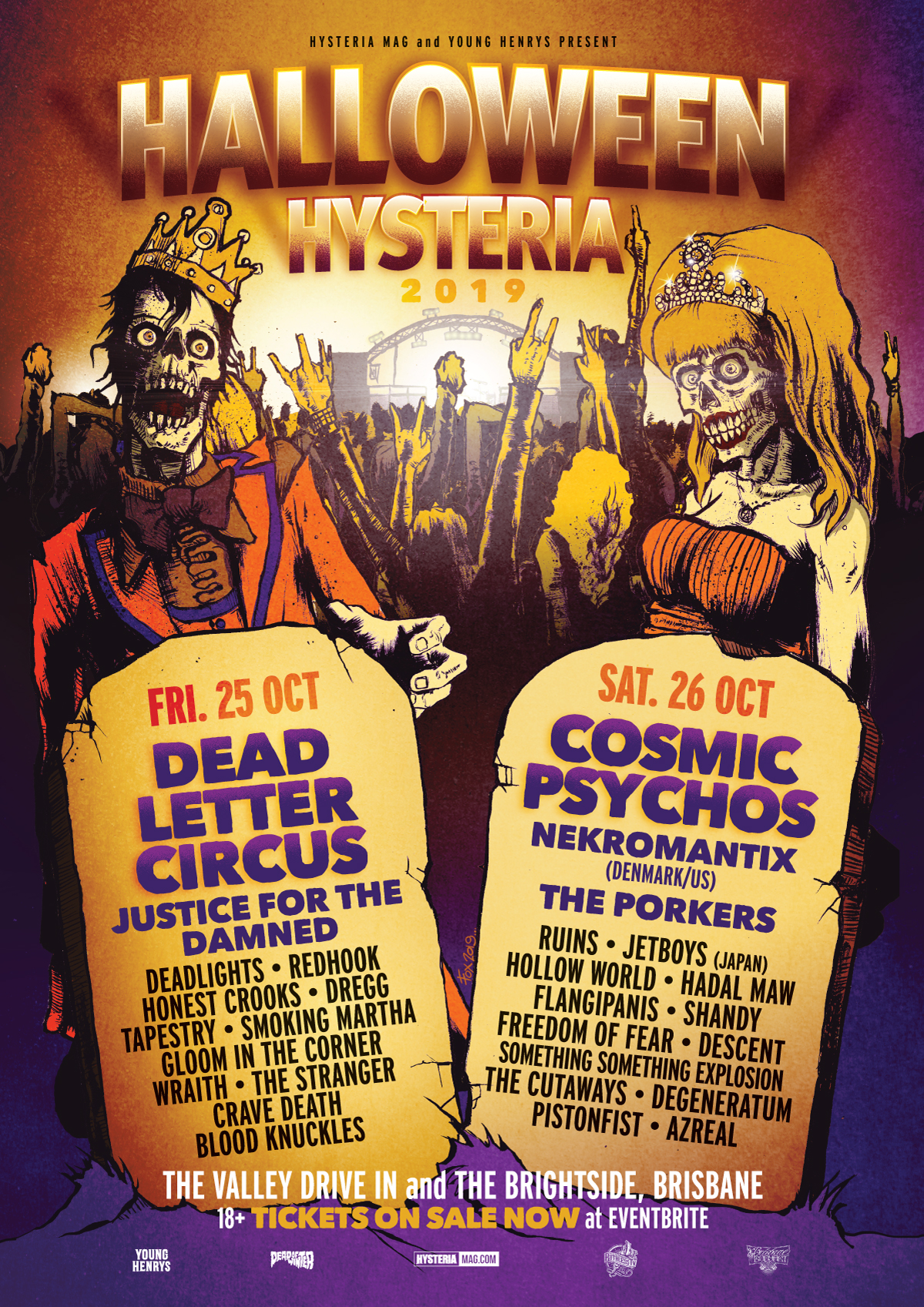