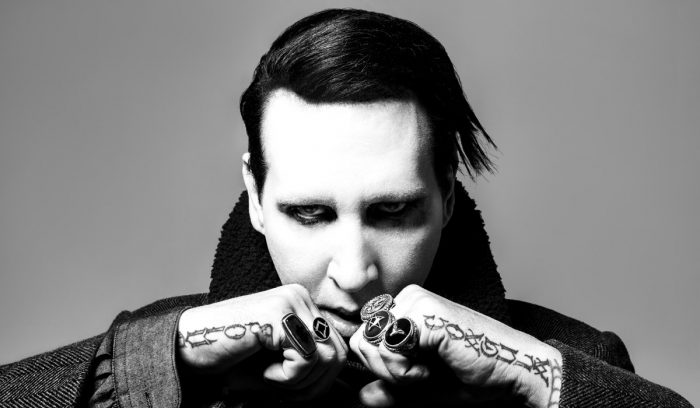 Not your specific domicile, no. He has released his NSFW video for WE KNOW WHERE YOU FUCKING LIVE, which you can watch huddled in a toilet cubicle or outside on your smoke break.

This is the first video from upcoming album Heaven Upside Down, out 6 October via Loma Vista/Caroline Australia.

As we reported last week, “The ten tracks on Heaven Upside Down were recorded in Los Angeles and create a cinematic sonic palate that hearkens back to the ferocity of seminal Manson albums Portrait of an American Family and Holy Wood,” according to a statement.

Manson deals, as always, with sex, religion, violence while holding a mirror to authoritarianism on this new LP.