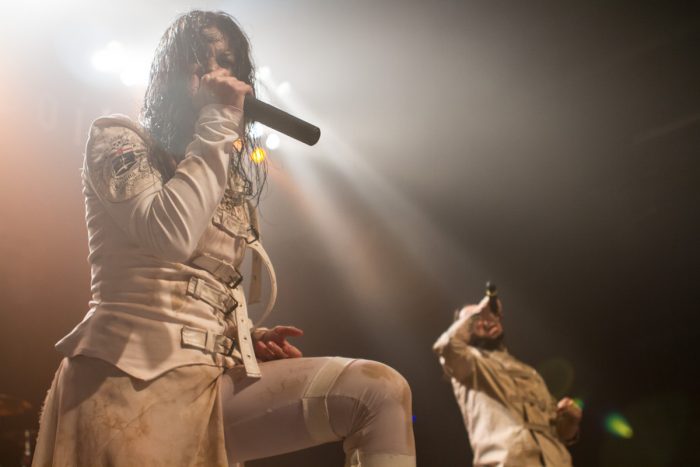 Seven years have passed since Italian symphonic-metal outfit Lacuna Coil graced Australian shores for the Soundwave Festival. Since, Italy’s had twenty different prime ministers, and three long-time members have departed Lacuna Coil. Where some bands would perish, Lacuna Coil survived with the twin vocal attack of Cristina Scabbia and Andrea Ferro intact.  The frontman explains that whilst the situation was challenging, having the principal songwriters remain eased the transition.

“On that side, at least we haven’t gone through many problems. There definitely is a different vibe, but it was kind of shocking in the beginning”, he confesses. “We had to really seek to keep the project alive and the fans were behind us.” Describing the departure of Cristiano Migliore, Marco Biazzi (guitars) and Cristiano Mozzatti (drums) as ‘forced’, Ferro and his cohorts decided to take a different path rather than rest upon their laurels.

Limited personnel meant studio sessions for Delirium, were more focused than ever before. They self-produced and the results were fruitful. “The record has been a trip for us”, says a proud Ferro. “The record has come out strong and is something that the fans are digging. It led to a positive new version of the band.”  Describing the approach as “fresher and a bit more free,” Ferro describes the band as feeling positively rejuvenated. “Definitely, we’ve been changing the approach, not only because of the new line up. Obviously, Ryan (Folden) the drummer has a different style to Cristiano. So we push on his characteristics, like the double bass, and we knew we could push on the heaviness.”

Follow the music, just go with the music. If something heavy was coming, just go heavy. Don’t try to blend it to the Lacuna Coil sound too much, don’t worry about it.
[ANDREA FERRO]

They reached consensus quickly. The band freed themselves from clichés. “Whatever we’ve done at this point in our career is going to sound like Lacuna Coil more or less,” says Ferro. “But definitely, we’re tried to surprise the fans by playing with certain elements of heaviness or darkness, higher notes for Cristina, more brutal parts for me. Also, we tried to write everything for one guitar, so we’ve been pushing it a bit more on the keyboard.”

With their success came the weight of expectation, something the band occasionally found daunting. Ferro says, “follow the music, just go with the music. If something heavy was coming, just go heavy. Don’t try to blend it to the Lacuna Coil sound too much, don’t worry about it.”

Most people with Italian blood won’t be surprised reading that family played a big role in the making of Delirium. A relative of Cristina Scabbia’s was institutionalised, prompting her to reach out to those affected by mental illness. “She found out that these people have logic to their craziness. They say crazy things, they do act in a weird way, but they always do it in the same way. There is some sort of reality, even if to us it doesn’t really make sense.”

“For us, it was important to portray [the] mentally ill. Not only as a horror kind of thing, it’s not just that. It’s the intensity, the look of these people in their faces,” Ferro says. “We wanted to communicate that kind of weirdness that’s not from somebody killing someone, but is just from the lost faces, the lost eyes, the weird body positioning. The intensity of those images was the intensity of the reality.”

True to his countrymen, friends and family are again at the forefront of Ferro’s mind when he talks about Lacuna Coil’s Australian fans. “It’s gonna be fun, it’s gonna be like a family meeting after many years. There will be, I think, a lot of celebrating. We consider our fans an extended family,” he says. In the time that has passed since their appearance at Soundwave 2009, Lacuna Coil has released three albums and fans can expect a smattering of material from their twenty-two year long career. “There will be a good mix of classic Lacuna Coil songs”, he promises. “Because we never headlined and we need to bring some songs we never had the chance to play. It will be a good trip through our history and also towards the present of Lacuna Coil.”

Tickets on sale now via Destroy All Lines

Delirium is out now through Century Media 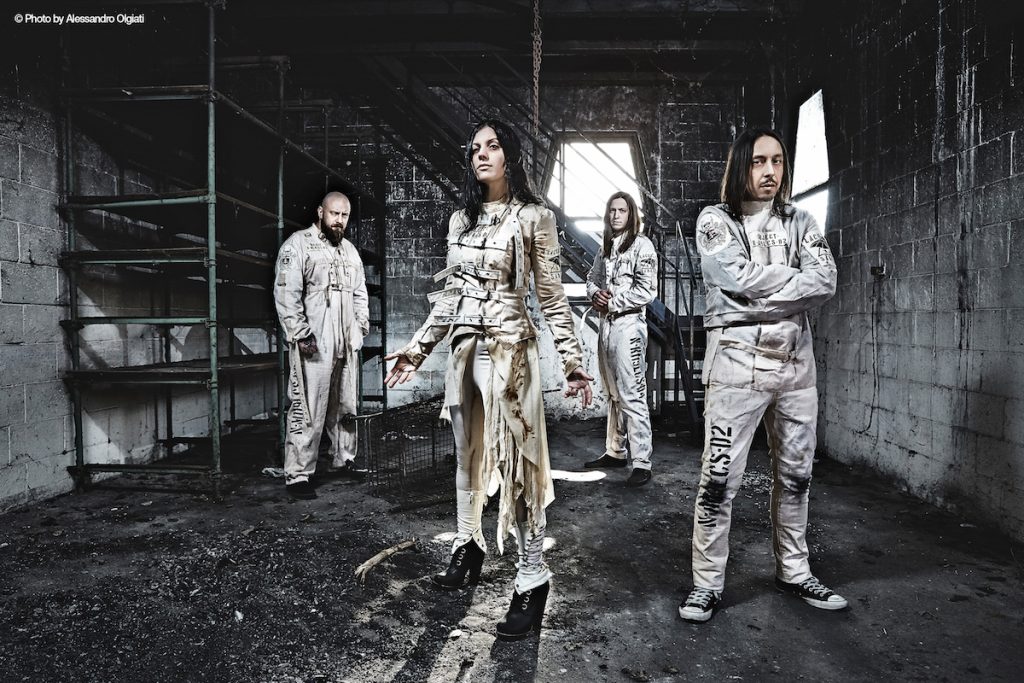