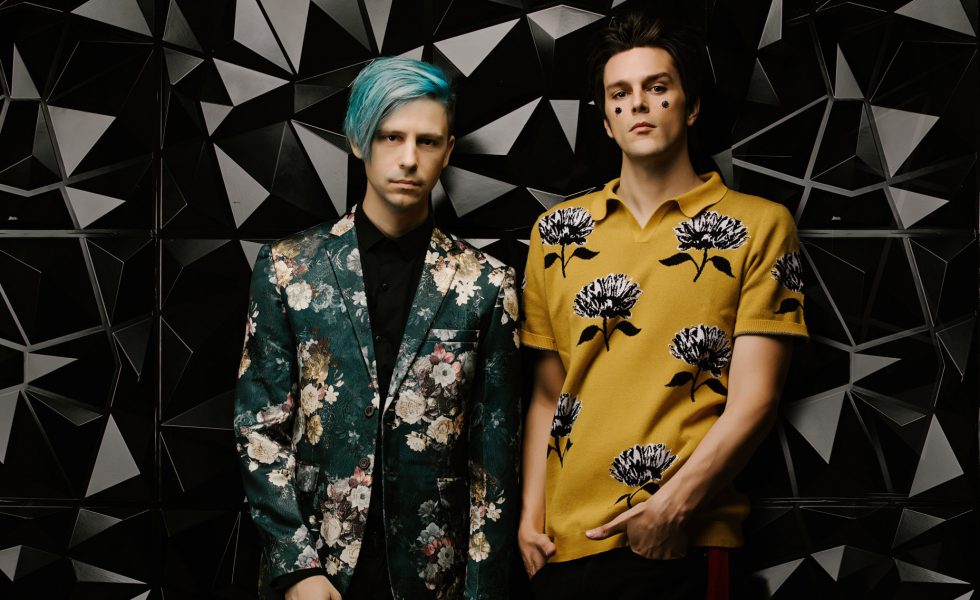 I Don’t Know How But They Found Me (iDKHow), the new project of ex-Panic! At The Disco member Dallon Weekes and drummer Ryan Seaman (ex-Falling In Reverse) have finally announced their debut EP, 1981 Extended Play, and video for self-released single, I Do It All The Time. (Watch below)

Shortened to iDKHow to save keystrokes, the duo’s first release will be available via Caroline Australia on the 9th of November.

For those not in the know, iDKHow are a poppy, rocky mix “of sixties garage, seventies glam, eighties new wave, and the early days of Britpop” according to the band.

Despite a low-key beginning, IDKHow has existed since at least 2016, playing the Emo Nite Los Angeles’ 2nd anniversary event on 6 December of that year. They even denied their own existence for a time.

To date, they’ve racked up ten million YouTube views and six million streams of self-released songs such as Choke, Modern Day Cain, and Nobody Likes the Opening Band.

The pair made their live debut at Reading and Leeds festivals this year, followed by three sold out UK headline shows that required more than one upgrade. iDKHow will also join Waterparks in November on their US tour.

Weekes is a certified hit-maker, as bassist/backing vocalist for Panic! At The Disco from 2009 to 2017. Weekes co-wrote hot cuts This is Gospel and Girls/Girls/Boys” and has most credits on Too Weird to Live, Too Rare to Die!.

As for the name that’ll have mobile-only Spotify fans wait that little bit longer for tunes, it’s a reference to Back To The Future; when the Libyans find Doc Brown, and utters the famous line just before telling Marty McFly to “run for it.”