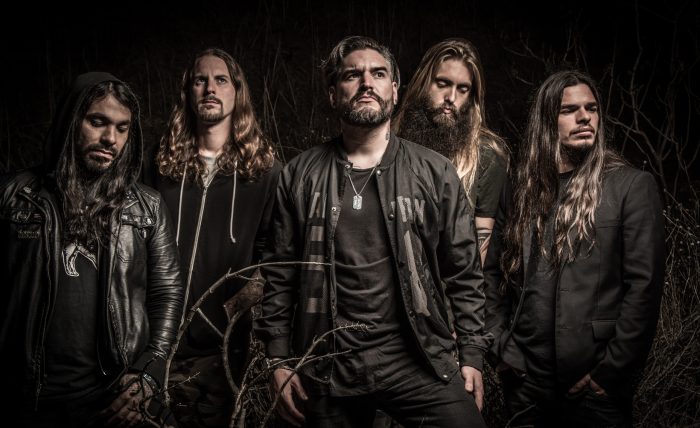 There’s been a lot of shit getting thrown around lately about Suicide Silence’s new sound.

Here’s a band that wanted to challenge themselves and try new things, a large contingent of metal elitists, fans, non-fans, and seemingly every Tom, Dick and Harry are saying ‘NO! Play what you have always played!’

Let’s face it, this kind of attitude from stale thinking blobs is nothing new. By and large, people don’t like change. They know what they know, they’re comfortable in their world, and they’ll be fucked if anyone is going to challenge that.

That’s cool, I get it, you’re in your space. But, you can’t expect everyone else to stay there with you. That, and you certainly can’t expect anyone creative to not challenge themselves.

‘What about AC/DC, Slayer, Motorhead and bands like that?’ you cry. Well of course there are exceptions to every rule. But, in saying that, those legendary bands have always nuanced each project to be an evolution of what they’ve done previously. Same same, but different.

This time, they’ve decided to change what they know. Step out of that comfort zone that so many of us like to walk around in, and unlearn everything (within reason). They did exactly that and they get slammed for it. Those that shit canned this effort is what’s wrong with the metal community. Too many whingers, not enough supporters.

Why would you want to stifle your favourite band’s creativity? Part of the excitement of being a passionate fan of any band is wondering what comes next. Because you trust them, you know that they are going to charge hard and create something that will make you throw your horns in the air and bang your head when you hear it.

Back to Suicide Silence. Here’s a bunch of guys that have challenged themselves with their latest chunk of music. They’ve pushed themselves to break out of what they would normally do. Think about that for a moment. They’ve been around for 15 years and are about to release their 5th studio album. In that time, they’ve probably had a routine when it comes to making albums, styles, riffs, singing. Every part of the process would have had a familiar element each time they made music.

‘Well last time we did it like this, that worked, so we’ll do that again’.

This time, they’ve decided to change what they know. Step out of that comfort zone that so many of us like to walk around in, and unlearn everything (within reason). They did exactly that and they get slammed for it. Those that shit canned this effort is what’s wrong with the metal community. Too many whingers, not enough supporters.

You don’t have to like everything by every band, hell, I’m not much of a deathcore fan. Sure, I have a few bands that I listen to. Even so: I like this new direction. I just listened to their latest track on YouTube, Silence, and thought it was interesting enough to listen further.

That’s the kicker: while they will have a huge chunk of fans that will go with them on this, they’ll probably lose a few, too. Even so, think of the people that haven’t heard much of them before. Maybe a fan shared this on their Facebook page commenting on the different sound, and someone gets interested enough to click on the play button. This new album may very well be a gateway to a whole new audience. A new generation of Suicide Silence fans, continuing their success into the foreseeable future.

Suddenly, this change in sound isn’t a silly as it seems. It’s creatively gratifying for the band, and they gain new fans who appreciate it.