HIGGO’S MIC DROP // Why I Love Music so Much 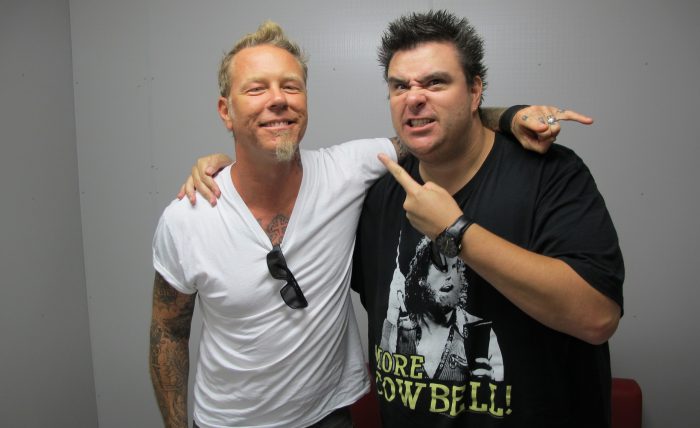 There’s a feeling I get when a band I both love and trust is about to release new music.

I don’t know what it’s like for people to whom music is just background noise, or ‘space filler’. I’ll  never understand someone who says ‘oh, I just listen to whatever, I don’t really care’.

Believe me. Those people exist.

I had an ex who was one of ’those people’. I’d be excited about something I’d just heard and try and share that enthusiasm with her. After I’d play it, there’d be silence for a couple of seconds, then the conversation would inevitably go something like this.

It was like trying to play music to a heater. No passion, just hot air.

How could anyone not be moved by music? How is that possible? Now I’m not talking about any particular genre of music, whatever blows your hair back. But goddamn it, FEEL SOMETHING!

Nothing! She was a casual listener. For her, music was inconsequential. Needless to say, that relationship didn’t last long.

Mastodon is a band that gets me excited. I say that because I trust them to make excellent music.

It’s the same way  I trust Devin Townsend, Twelve Foot Ninja, Voyager, and so many more. These bands are in my elite class; the A1’s; they’re the giraffe’s leg warmers. I’m sure you have your own elite class you define yourself. Even so, we all have tiers when it comes to the bands we like. Much like the grades of a cricket club, some will always get a game and some will be relegated to seconds or thirds for a bit.

The more I think about it, the more it makes me realise that I’m somewhat of a nerd, in and of myself. I have an internal system for grading music. Though, how did I get like that? Why is music so important to me?

How could anyone not be moved by music? How is that possible? Now I’m not talking about any particular genre of music, whatever blows your hair back. But goddamn it, FEEL SOMETHING!

I have always wanted to be a guitarist. While I can noodle around a little bit, I’m really quite crap. So, I marvel people who can play any instrument or sing well, because they have invested in immense amount of time in getting it right.

When I hear the coming together of exquisitely played instruments, be it with or without vocals, I’ll listen over and over. I’ll be picking up new things, finding gems, and I’ll often get emotional by how good music makes me feel. I don’t mean emotional as in crying my eyes out (although that’s a very real thing sometimes). I mean it moves me, I feel it. I know I’m not alone. But we’re all slightly different. It’s primal. Listening to Queen did that to me.

Of course, there’s nothing wrong if you like one particular genre and only really listen to that. If it makes you happy, and moves you, great! I just like to explore everything and let it take me over, all through how good it can be.

Music. Bloody good innit? Why do you love music?