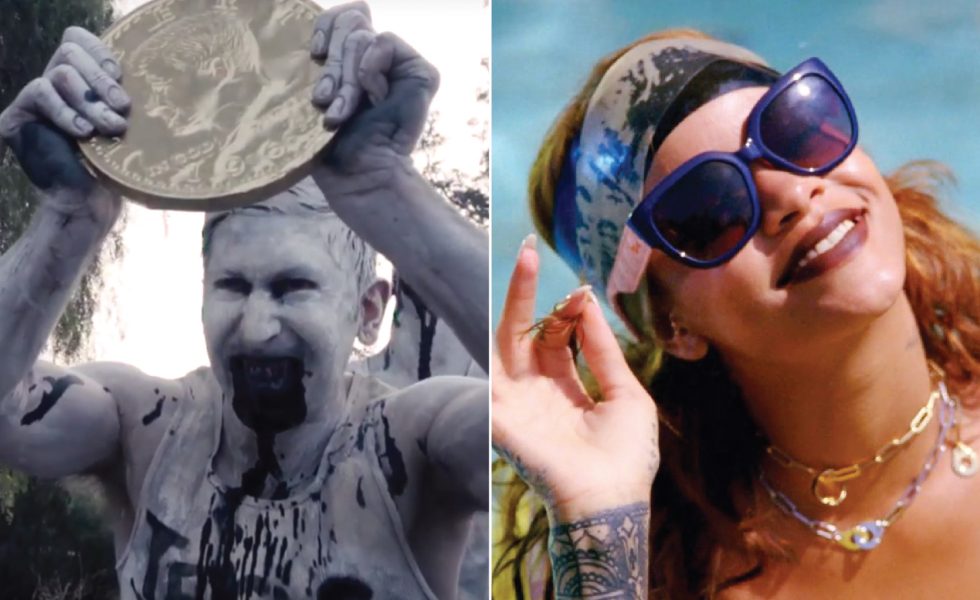 HARD NOISE: CHIILDREN // Drop Their Version Of Rihanna’s ‘B***h Better Have My Money’

Gory, graphic and about as confronting as you could ever want in the world of heavy music, American doom metal/splatter punk/minimalist drone duo Chiildren are one of the most boundary pushing contemporary bands 2018 has to offer.

Having steadily amassed a following in the underground, the group have today wrung in the new year in style, premiering their take of Rihanna’s Bitch Better Have My Money.

Taking a icily produced pop cut and layering up the reverb snares, chainsaw guitars and doomy electronica, it’s unlikely that we’ll see Chiildren grace the Punk Goes Pop disc any time soon, but that doesn’t mean they give all those artists one hell of a run for their money. Think Billboard Top 10 meets Sun O))) & Running Touch, and there you have it.

With the visuals being as artistically important as the sounds, the song’s video clip features the members Christopher Zeischegg & Chad Fjerstad painted like corpses, complete with spatterings of paint, loosing their collective shit to the song’s main drop, intercut with scenes of the duo traversing through a pseudo 21st century wild west nightmare.

While it’s definitely not in the NSFW territory, be ready to get more than a few sideways glances from your co. workers when you fire up this avant garde baby.

While not for everyone, Bitch Better Have My Money is exactly the kind of genre defying curveball that we hope to see more of this year, throwing the rule book right out the window in terms of conventional art.

Complete with production tweeks from Michael Keene of The Faceless, the sky is the limit for this group.