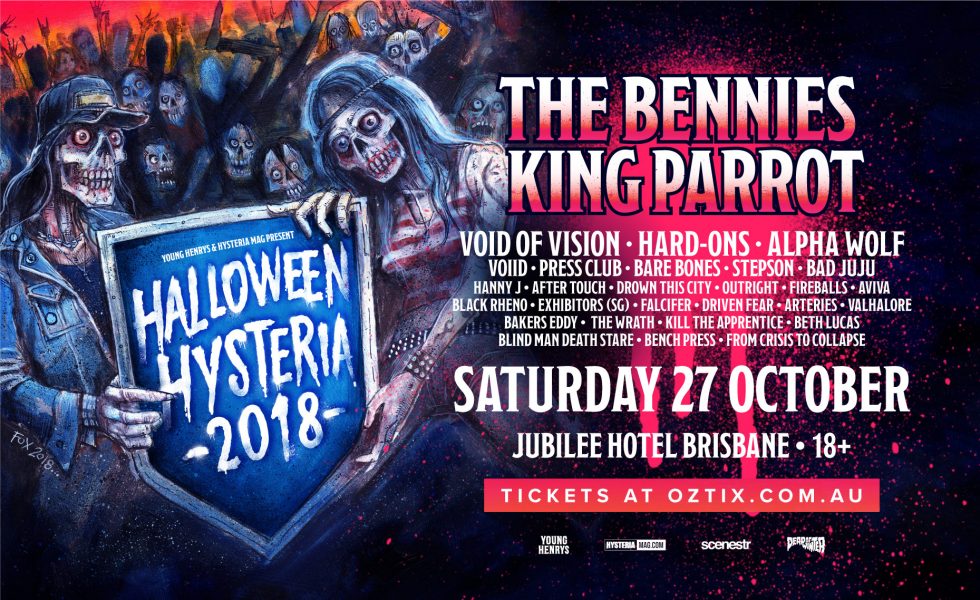 HALLOWEEN HYSTERIA // A Celebration Of All Things Loud

Moshers beware, you’re in for a scare! We are super proud to present, along with Young Henrys the inaugural Halloween Hysteria featuring co-headliners The Bennies and King Parrot!

MORE: The Women of Halloween Hysteria as featured in Scenestr

A day-long event, Halloween Hysteria will feature 30 acts over three stages, and take place at the legendary Jubilee Hotel in Fortitude Valley, Brisbane on Saturday, 27 October.

Hot (boxed) off their fourth long player Natural Born Chillers, The Bennies are self-described “Psychedelic Reggae Ska Doom Metal Punk Rock From Hell.” Or in actual terms, Melbourne. Also according to them, they’re “one part party, one part machine.” Joining them at the top of the bill are Melbourne’s sons of Southern darkness (and long-suffering Saints supporters, like our Ed) King Parrot. Having released their third album Ugly Produce to much acclaim last year, the boys will be feeling ripe after their bombastic Download Fest set and regional tour and ready to take on Halloween itself. Both are world-touring, hard-hitting, crowd-pleasing party animals. What kind of animals we’ll leave to your imagination.

This is the first event organised Hysteria Media since we opened our print and digital doors back in 2010. Ever since, we’ve been giving you the dish on all things heavy n’ loud, and are proud to make this leap into the third dimension.

“Hysteria and our readers are lovers of all things loud, and we wanted to give people who love this music an event they won’t forget,” says our Editor-in-Chief and event organiser Joey McGahey. “We’ve got the best of punk rock, metal, metalcore, acoustic music, and everything in between. We think music lovers in Brisbane and all over Australia will love what we have in store.” Also participating in the event is our print media partner Scenestr, and Dead of Winter Festival.

Tickets are $50 + booking fee, and are available from OzTix.

For all Halloween Hysteria event updates and competitions subscribe to our newsletter (which is packed with comps and features so I dunno why you aren’t already) and keep a tab open to this very website.

A celebration of all things loud. 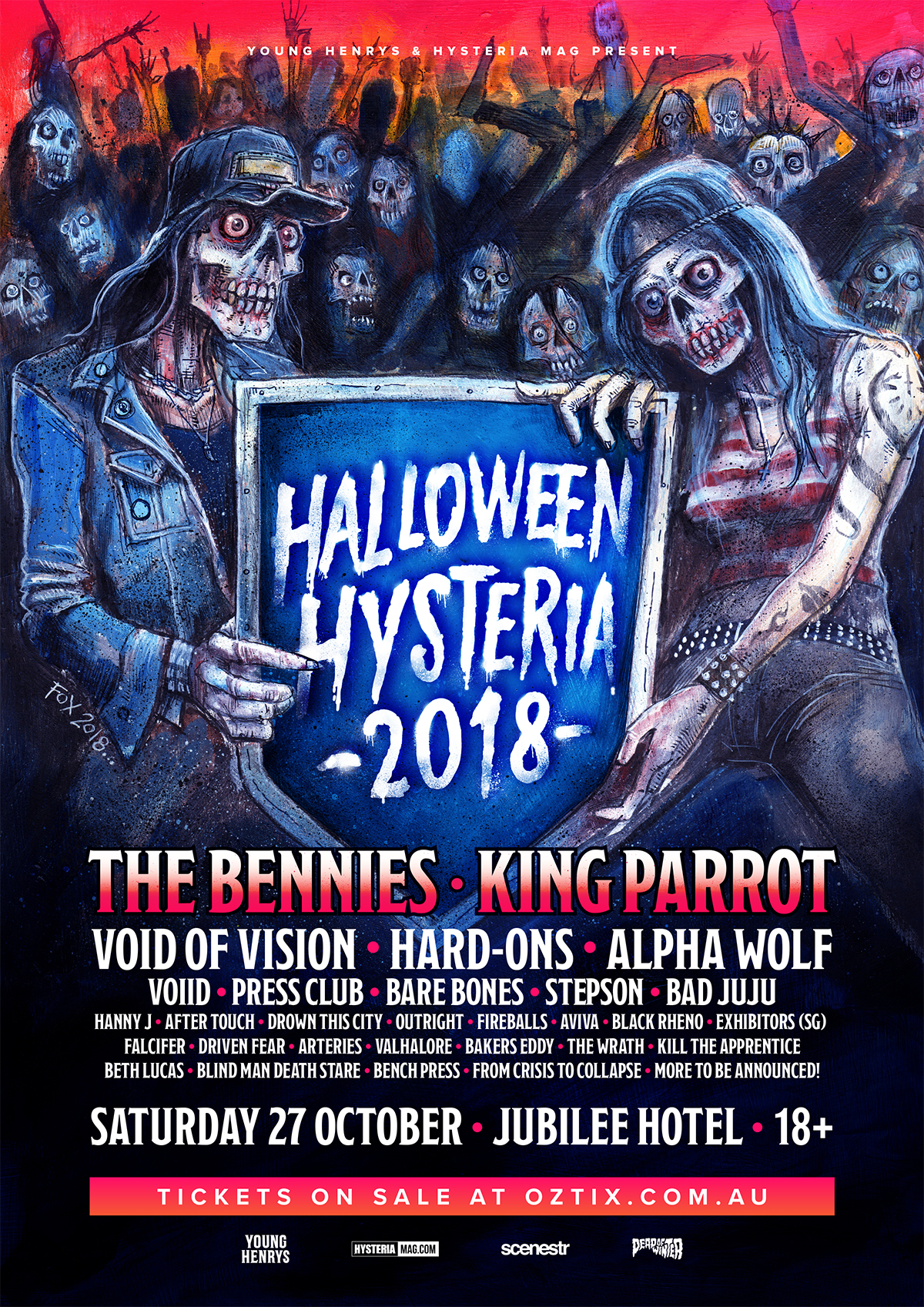