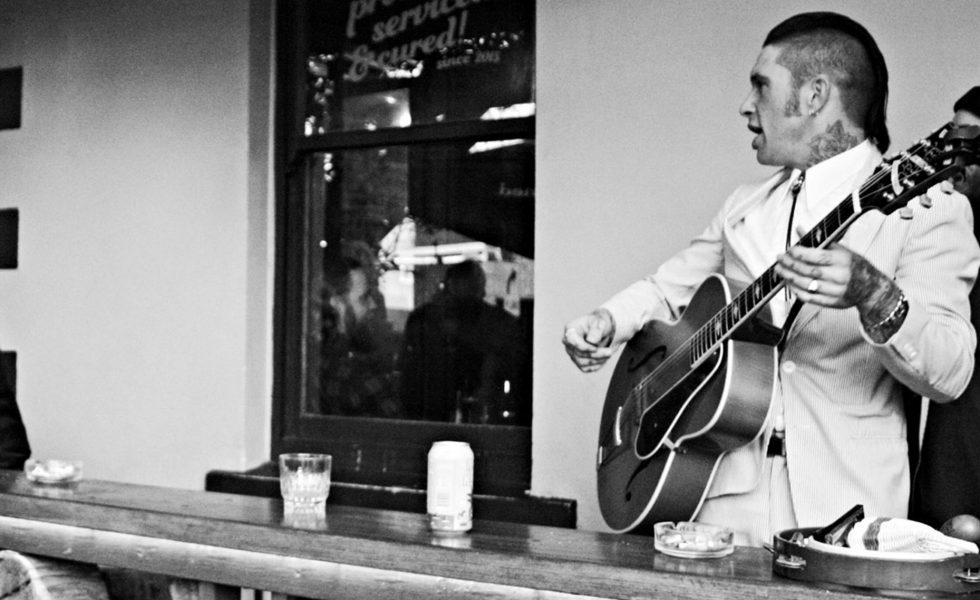 Half Way Records is the latest creation from Luke Yeoward, and we should be confident as this isn’t his first rodeo.

MORE: HALLOWEEN HYSTERIA: Your Guide To The Best Gig This October

From growing up in New Zealand and “playing punk rock at the same bars”, he’s since been around the globe a few times. Yeoward and his former band King Cannons had relocated to England, then to Australia, where they were signed to EMI and tasted the international world of music. Yeoward says that “Around that same time [that Universal bought EMI] the band, King Cannons, folded mainly because of me sort of wigging out a little bit about everything and I took off. I had a bit of a muck around with a couple of different projects but nothing really made me feel good, so I sort of tapped out from music for a while. I was just over it and I sold all my gear and y’know, I was pretty content with not being involved with it anymore.” 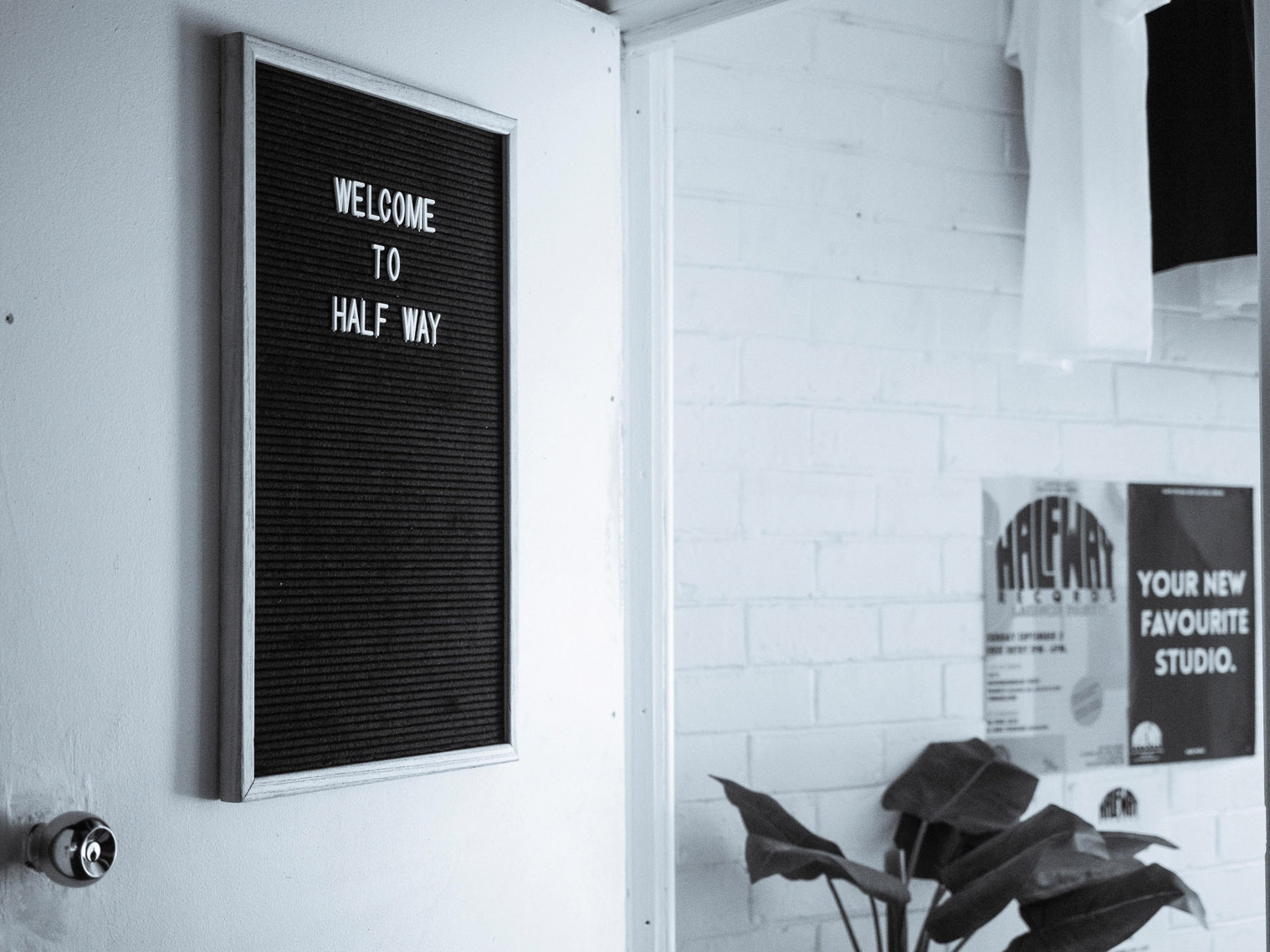 Fast forward to the not-so-distant future and Yeoward’s travelling The States through crowd-funding, where he recorded his first solo album Ghosts. Then boom! It was the beginning of his master plan.

“From there, I was talking to my co-producer and good friend J. Bonner, who I did a lot of the record with in his garage over there. We used all of his old analogue equipment and that set up was very similar to how Half Way is now. Bonner was saying ‘oh, you know, we’re finalising the artwork. Have you got a label?’ and things like that. ‘Can we come up with a label or something because you can’t put out a record without a label, that’s just lame.’ I was like, ‘Yeah you’re right, we should try and come up with something.’ One of the tunes of the Ghosts record is called Half Way. I was driving a truck at work, moving furniture, on the day that this happened and I just drew the logo and wrote Half Way Records on a piece of paper and I was like ‘What d’ya think about this?’ to Bonner and he’s like ‘yeah sweet!’ So that became the first release on the label. 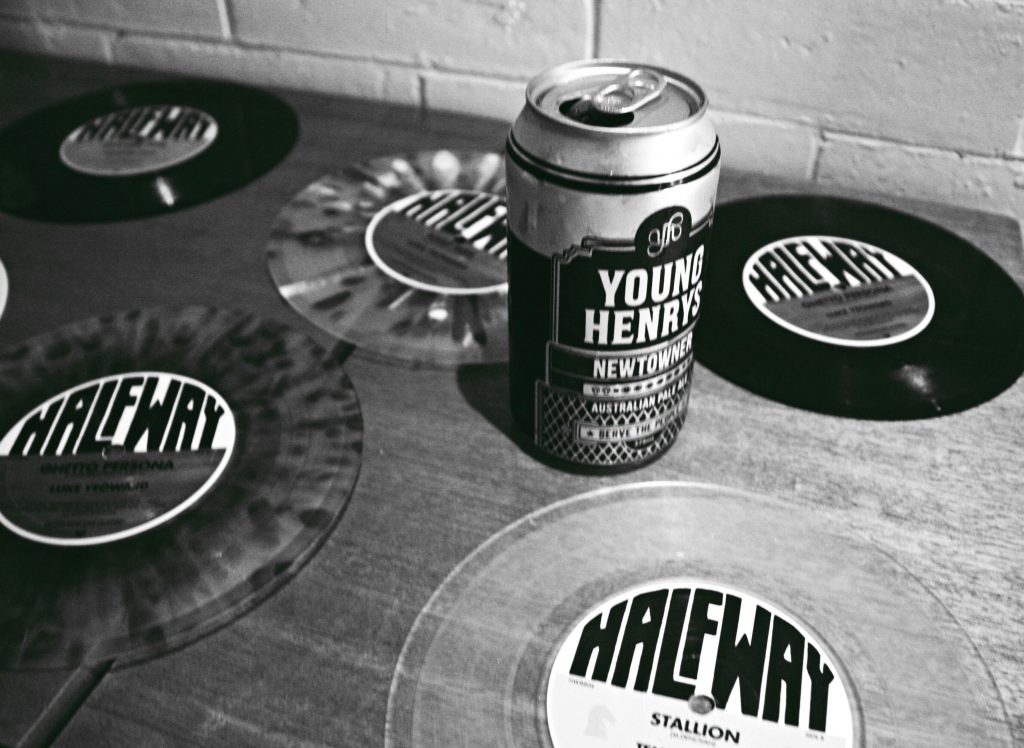 “From there I was so inspired from all of the recording and stuff that I’d done in The States that I started to build up all my equipment and became more passionate about the music production side of things and y’know, just fuckin’ started building and recording bands. I started learning more and more about all of that kind of stuff so that you could cut out the middle-men, or middle people, and just fuckin’ make records yourself. Y’know? Take it back to fuckin’ punk rock 101, keep the costs down and start making records yourself. So that’s sort of how it started and from there we were running sessions from my living room, where we’d convert the living room to a tracking space while the kids were at daycare and that started to become a little much with trying to juggle all the family stuff. I had the opportunity to jump on a space down here in South Yarra in April so we jumped on it and just started fuckin’ building and now we’ve got a studio and a basecamp for the label. We can make records for people and records for ourselves which is awesome.”

I started learning more and more about all of that kind of stuff so that you could cut out the middle-men, or middle people, and just fuckin’ make records yourself. Y’know? Take it back to fuckin’ punk rock 101, keep the costs down and start making records yourself.
[LUKE]

Since the beginning of the label, it has provided more than just a hub for an array of recording artists as it’s gradually rising to the forefront of Melbourne’s music scene with the Half Way Sessions. Yeoward’s studio is quickly gaining a reputation that the kids want to be a part of; since 2016, Yeoward has literally built the studio from the ground up; within the confines of recycled building materials, there’s a plethora of vintage equipment backed by a team of talented music lovers. Opening its doors in May 2018, the independent record label is located in the Melbourne suburb of South Yarra and although it has a subtle street view, a black sign bearing the Half Way logo manages to pull itself some attention. Once inside, there’s a welcoming vibe from pot-plants, framed photos and books with no genre restraints to boast a set-up that would appeal to a diverse range of musicians. It’s pretty fuckin’ cool. 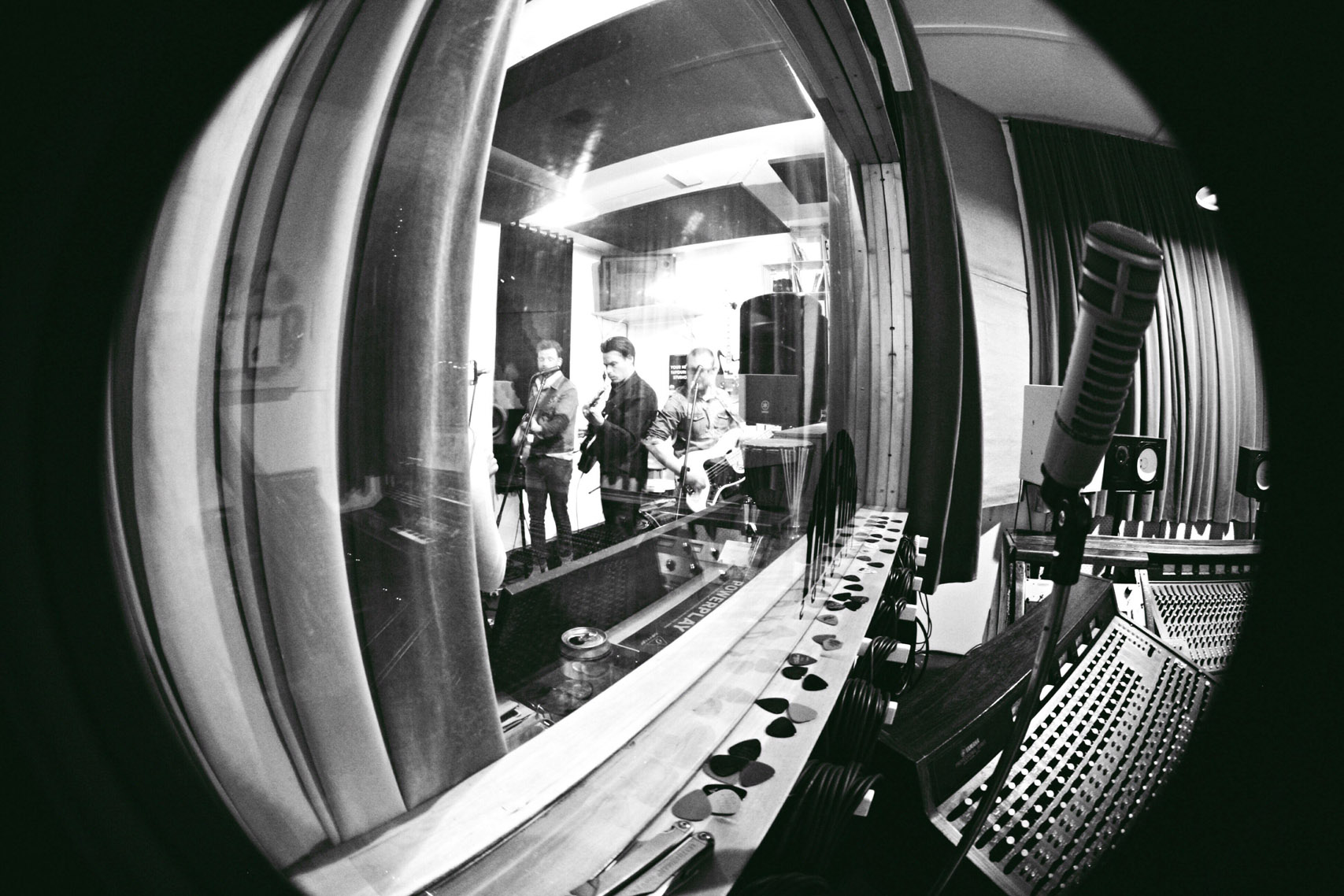 During The Half Way Sessions, Yeoward works alongside sponsors Young Henry’s and Jameson to produce honest recordings of bands. Those artists are heard at their most vulnerable; raw, live, and unedited. “We’re doing the first season which is 12 or 13 episodes [of sessions] in total but another 12 from here. We’re kind of looking at doing one once a month but it really depends on the artist’s schedule, who’s around and who’s doing what, album cycles and things like that. I’d love to do them all really quickly but we’ll just have to play it by ear and probably stagger them out by releasing one every sort of six weeks or every couple of months. They’re kind of like mini doco-style things, they take a bit more work and there’s a lot of audio. It’s not like a lot of other online content sessions where there’s a real surplus of artists and it’s all quick turnarounds. This is a bit more in-depth and it takes a little longer.” 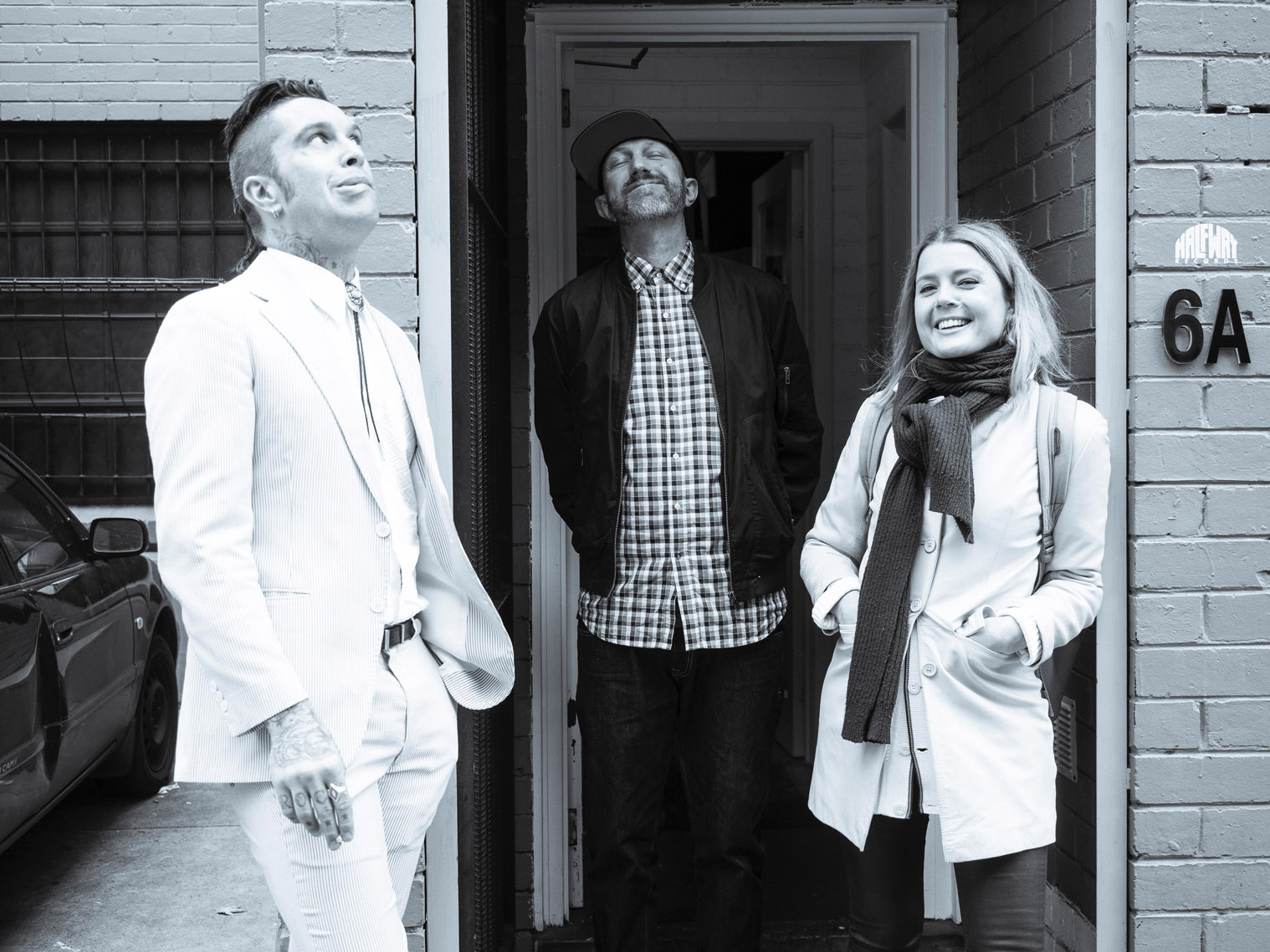 In their most recent episode, Melbourne hardcore punks PAGAN came into the studio. “We had how many cameras… one, two, three camera operators,” says Yeoward. “I think a couple of Go-Pros so it’s pretty involving and because nothing is rehearsed and it’s all just live and y’know, off the cuff, everyone’s kind of got to be Johnny-on-the-spot and make it work.”

In terms of recording, they’re not segregating themselves to fit any mould. “We’ve done heavy punk and heavy kind of stuff, as well as some roots and soul, reggae. I’ve also done some work with schools recording their school bands and all kinds of stuff! So it’s really just the early stages of the studio and we’ve got a lot of artists in the works for Half Way Sessions. There’s a lot going on in the future for sure.” 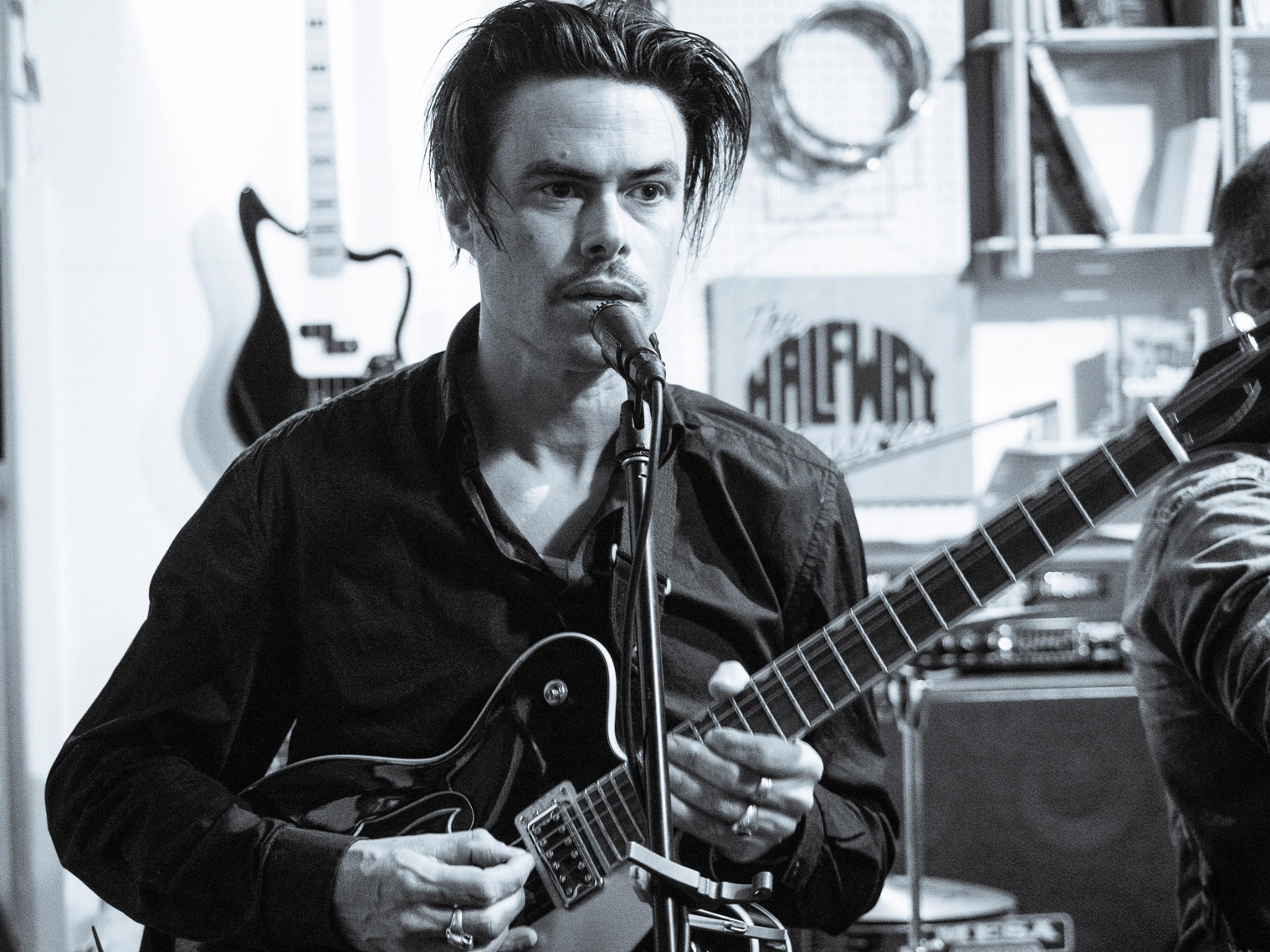 Last Sunday, the 2nd of September, Half Way Records opened themselves up to the public with a diverse lineup of musicians to kick off their launch party. It opened with Franco, a two-piece made up of Plutonic Lab and vocalist Natalie Slade. Tenderloins then came back into the studio to play their rockin’ dirty blues live after releasing their record via the label earlier this year. Neighborhood Youth took us by a calming storm as they unleashed their melodic indie punk into the packed space. 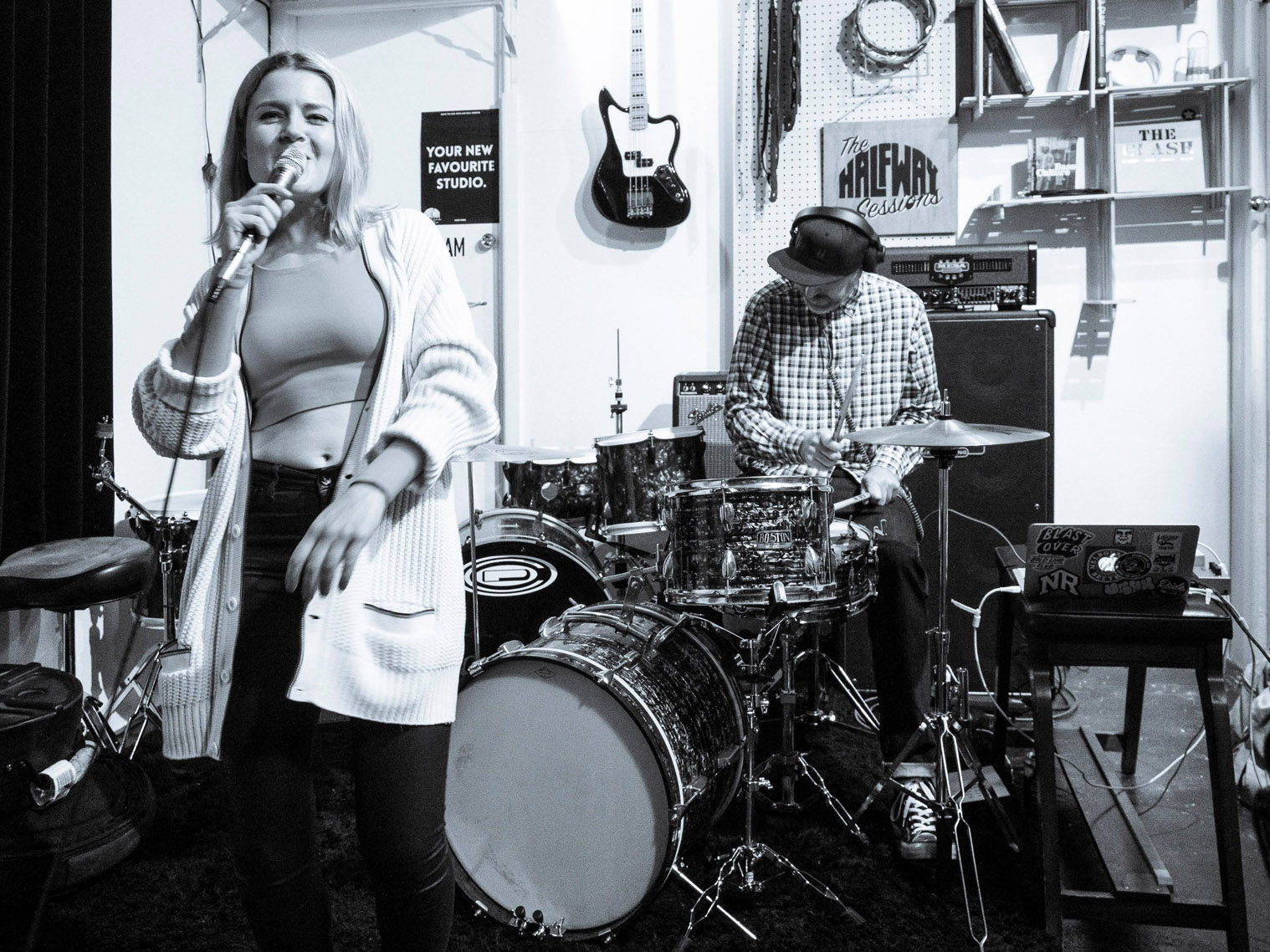 To finish off the studio’s showcase of performances, Yeoward’s current band The 131’s brought the venue to a triumphant finale with their punchy punk melodies that had punters lined back onto the pavement and even back across the road to Leonard’s House of Love where Yeoward later performed a solo set under the tree as the sunset brought the rad day to a close. 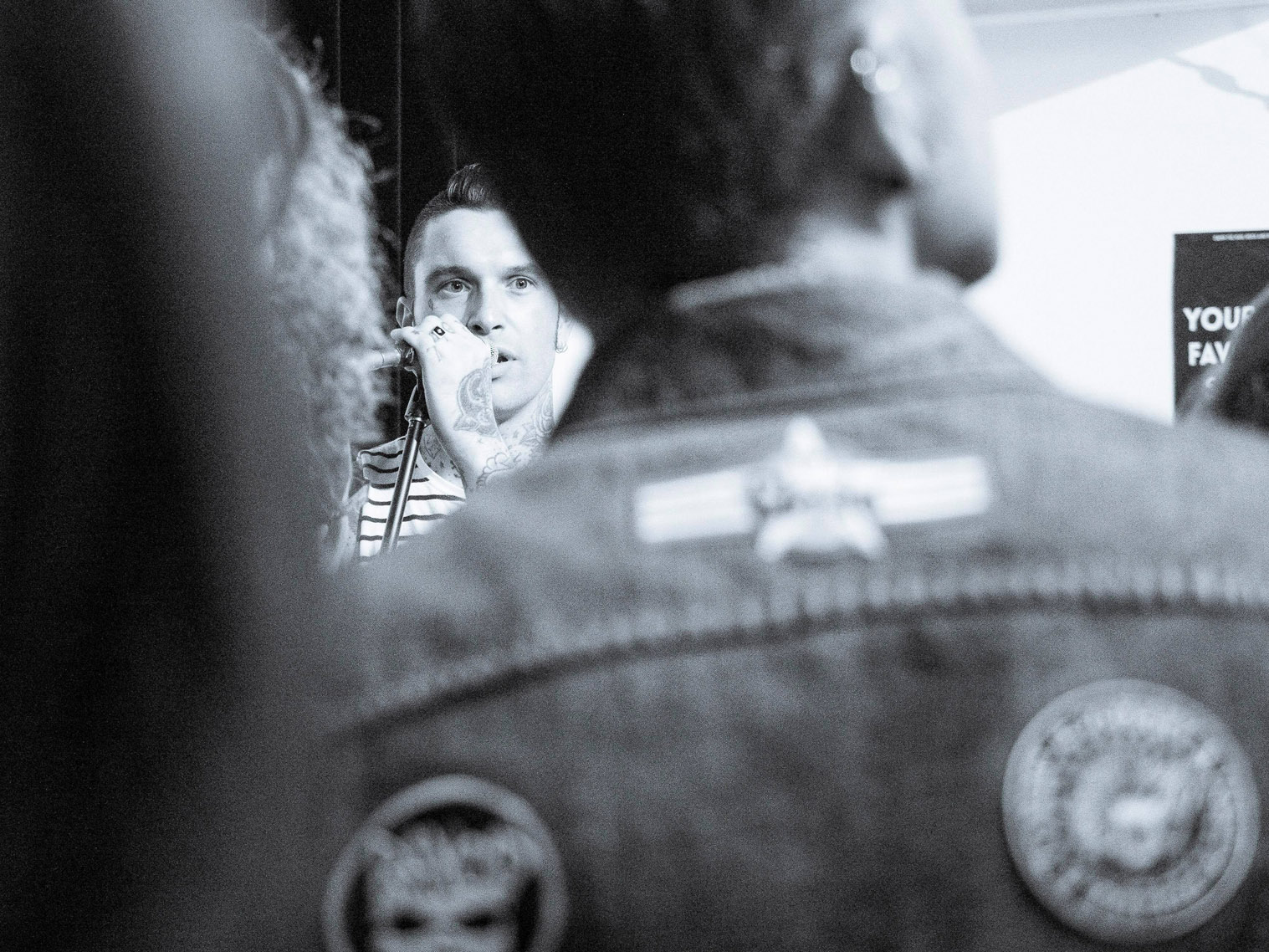 For more Half Way Records, or to book your own session, click here.